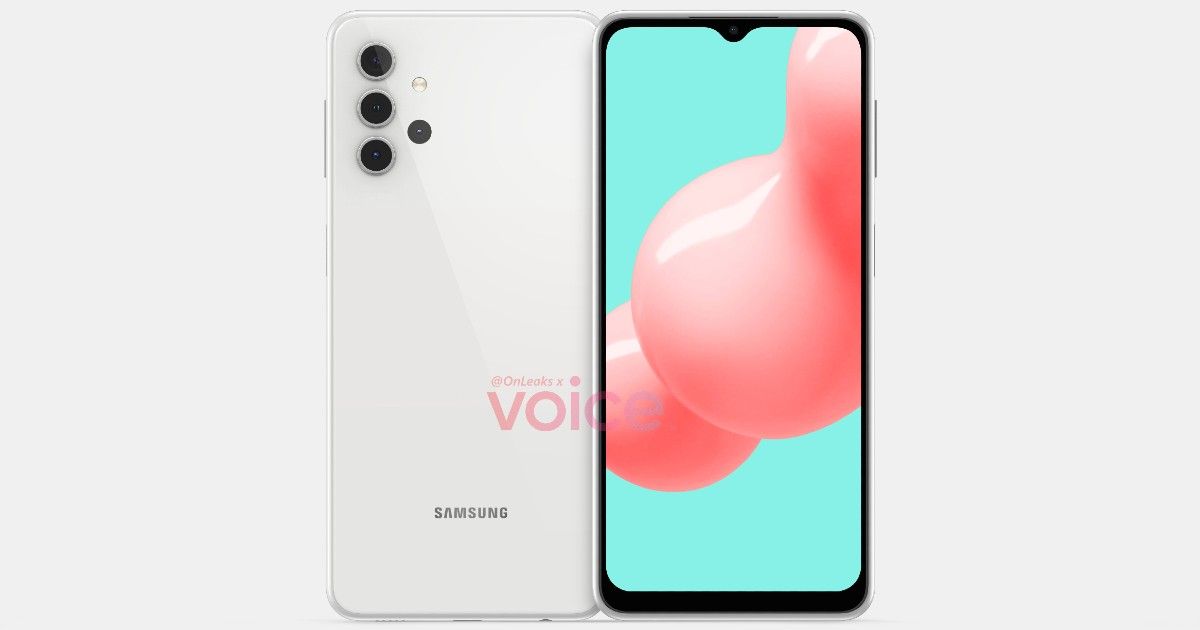 Samsung Galaxy A32 is rumoured to be the company’s upcoming mid-range offering with 5G connectivity and is expected to debut in the first half of 2021. Now, 91mobiles brings to you the exclusive live images of the Samsung Galaxy A32 rear panel. These show off the USB Type C port and 3.5mm audio jack at the bottom, while at the back, the handset can be seen sporting quad rear cameras that are arranged in a rectangular module with an LED flash. The live images also show the phone’s battery slot. One of the panel images has ‘A32 4G LTE’ carving, suggesting that while a 5G model is expected, the 4G-only model will definitely be making its way to India. The rear-panel images match the design seen in the leaked CAD-based renders. The Samsung Galaxy A32 renders leaked recently showed that the phone will have an Infinity-U display for the selfie camera and slim bezels. On the right spine, it has a side-mounted fingerprint sensor for security and a volume rocker. The phone will be available in at least white colour, but there could be other hues at launch. These renders reiterate the placement of the USB Type-C port and 3.5mm audio jack at the bottom alongside the speaker grille.

That’s pretty much everything we know about the Galaxy A32 at the moment but we should learn more information going forward.