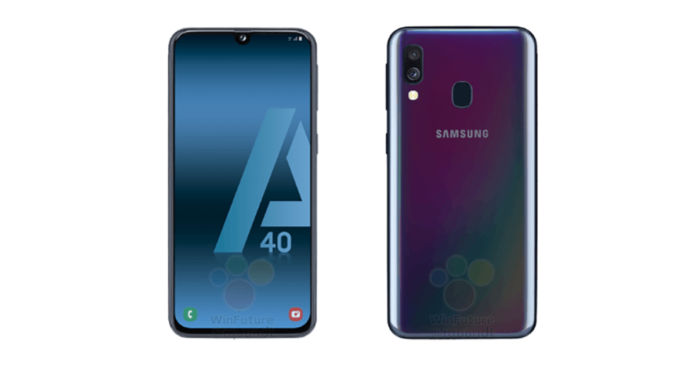 “The Samsung Galaxy A40, as the name suggests, will be positioned between the Galaxy A30 and Galaxy A50 in the company’s 2019 A series lineup”

Samsung’s Galaxy A series has already seen four launches this year followed by a low key Galaxy A20 launch in Russia yesterday. Now, another one – the Galaxy A40 – has leaked in full, with a set of press renders, specifications, and prices giving us everything we need to know about the handset. Samsung has just sent out invites for an April 10th launch event, so we may see the Galaxy A40 go official pretty soon. 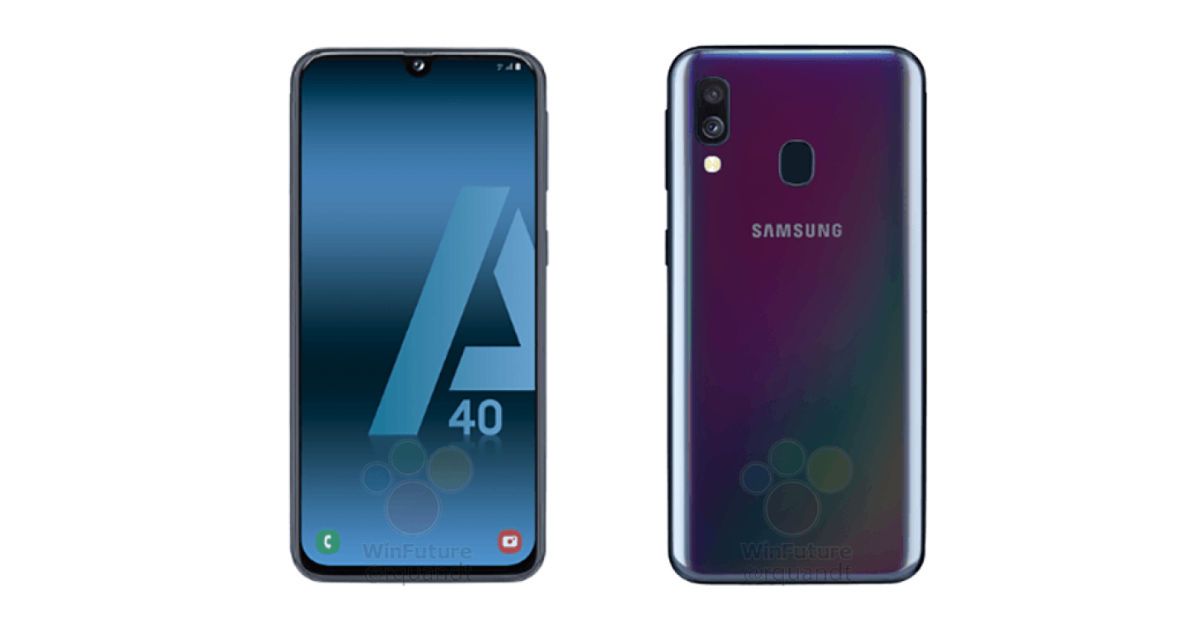 As can be presumed by the moniker, the Galaxy A40 shares some of its DNA with its Galaxy A30 and Galaxy A50 siblings. The handset will feature an Infinity U display with minimal chin and side bezels. The panel itself measures 5.7-inch, as per the leak, which is smaller than any of the Galaxy A series devices launched this year. Also, there’s no info on resolution or screen quality, but we do know that the battery will be at least 4,000mAh in capacity.

As for the build quality, the Galaxy A40 has a plastic body very unlike the previous generation of glass-plastic A-series phones. Details about the camera sensors are unknown but this one has a dual camera setup and a rear physical fingerprint reader. As for variants, the Galaxy A40 is likely to start with 3GB of RAM and 32GB of internal storage while a 4GB + 64GB version is also quite possible. 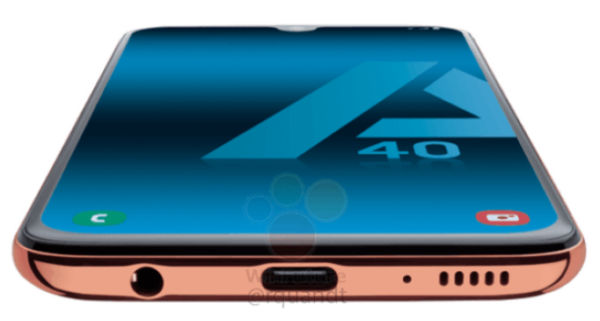 The Galaxy A40 is likely to rock the octa-core Exynos 7885 SoC. There’s also USB Type-C and a 3.5mm jack. Expected pricing of the handset is €249 (about Rs 19,500). The launch of the handset is expected alongside the Galaxy A90 and Galaxy A60, which is scheduled for April 10th. Samsung will likely release the handset in Asian markets such as India first and follow it up with a European release in late April or early May.
Samsung Galaxy A40 Specifications
ShareTweetShare
SOURCEWinfuture
Best Selling Mobiles