“The Galaxy A41 is expected to launch soon, and appears to feature an interesting pattern on the rear that may make it stand out.”

Samsung is reportedly looking at the mid-range smartphone segment, soon after launching its 2020 flagships, the Galaxy S20 series, in India. Yesterday, PriceBaba posted official-looking renders of a smartphone that is apparently the Galaxy A41. The Samsung Galaxy A41 succeeds the Galaxy A40 launched back in March 2019 but never made it to India. Now, it seems that Samsung may be willing to expand its Galaxy A series portfolio in India, on the back of launching the Galaxy A51 and A71 smartphones in India.

According to the renders posted, the Galaxy A41 will come with the Infinity-U display that features a waterdrop notch to house the front camera. This itself is an indication of its budget bearings since Samsung typically uses the Infinity-O punch-hole display cutout design for higher-priced devices. The front of the phone has typically thin bezels, while the rear panel is more interesting. It houses a rectangular camera housing to the top-left, designed in signature Samsung style. 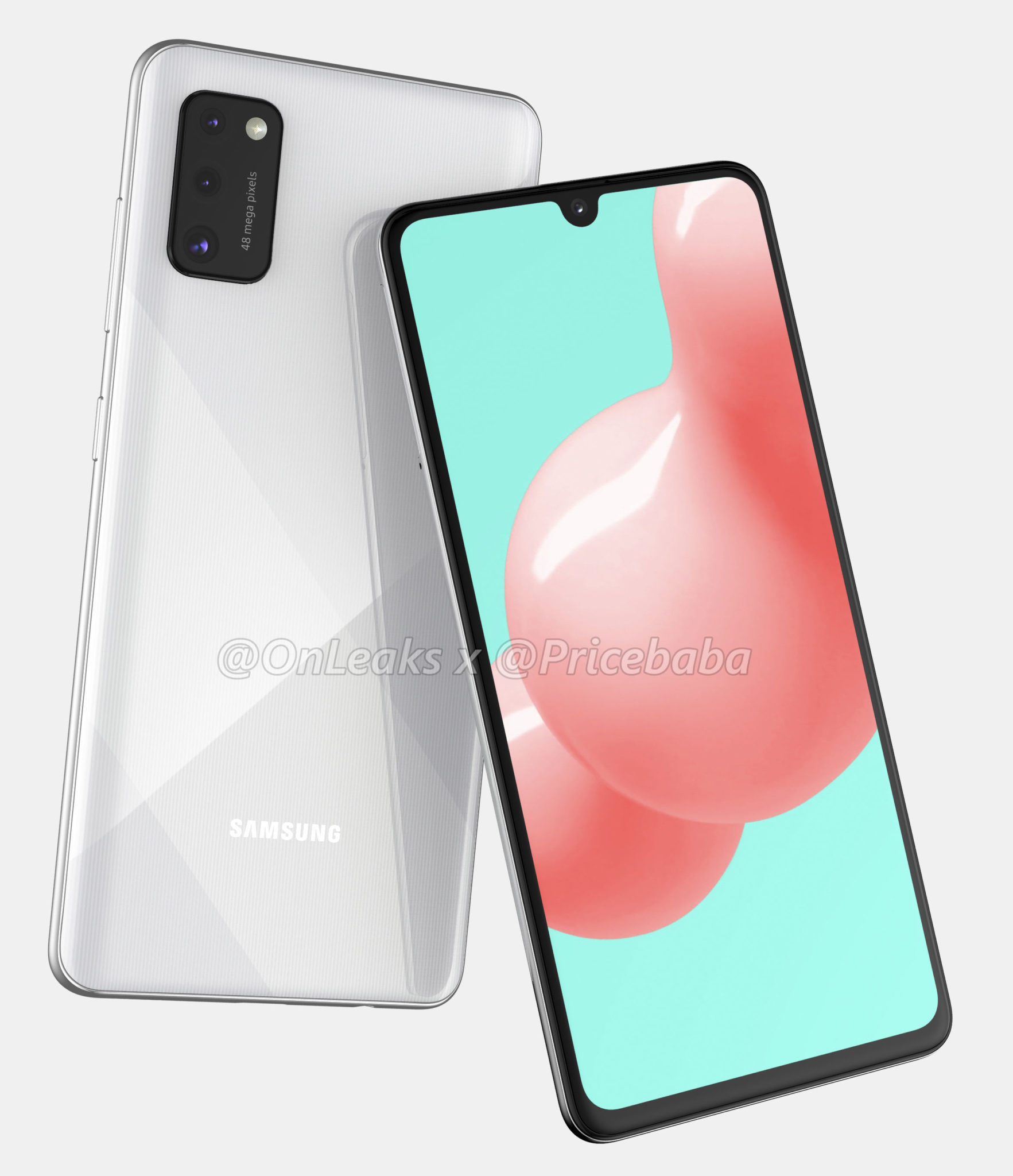 The camera housing will reportedly feature a 48-megapixel primary camera unit, but no information has been published on what the other two camera modules would bring to the table. The rear panel of the smartphone also sports an interesting checkered pattern, which would be quite pleasant to see if Samsung brings it to production. However, the rear does not feature a physical fingerprint scanner, so it will be interesting to see if Samsung actually equips a supposedly budget smartphone with an in-display one.

According to PriceBaba, the Samsung Galaxy A41 will feature a 6-inch or a 6.1-inch display panel. The front camera will house a 25-megapixel sensor, while the bottom edge of the phone would house a 3.5mm audio jack and a USB-C port. The Galaxy A41 also appears to house a metal rim on the sides, which houses the volume buttons and the power button to the right. The device will reportedly launch with the MediaTek Helio P65 SoC, coupled with 4GB of RAM and Android 10 out of the box.

While the Galaxy A40 was never released in India, its pricing of about Rs 20,000 in international markets, coupled with the Galaxy A51 launching in India at Rs 23,999 suggests that the Samsung Galaxy A41 will be a sub-20k phone, when and if it is launched in the Indian market.