91mobiles.com
Home News After getting Wi-Fi certification, upcoming Samsung Galaxy A50 gets certified by Bluetooth... 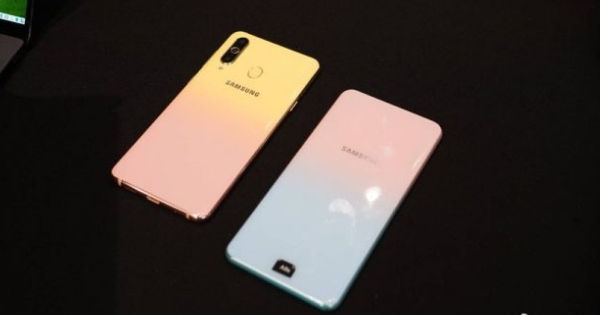 Samsung is expected to unveil a number of new Galaxy A series smartphones in the near future. One of them is going to be the Samsung Galaxy A50. Ahead of the unveiling, 91mobiles recently exclusively revealed few details about the smartphone’s design. Notably, it was also spotted on Geekbench, and was recently certified by Wi-Fi Alliance. Now it looks like the phone’s launch is getting closer as it has been received yet another important certification. 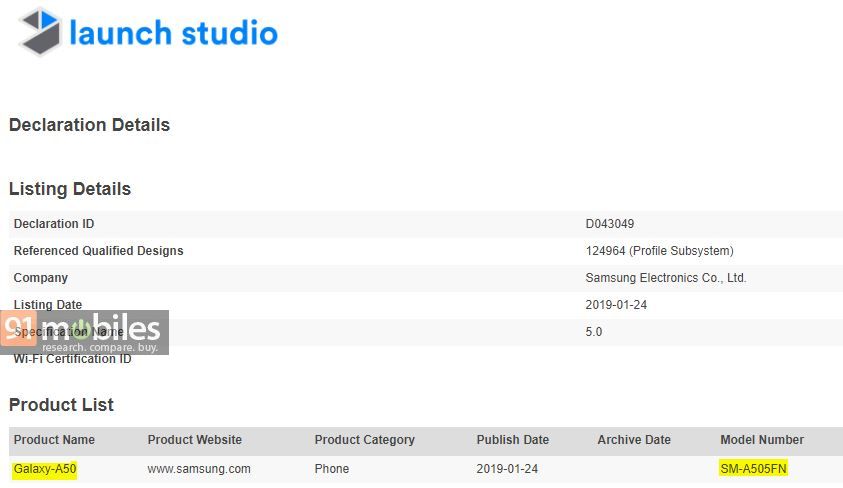 Soon after it was spotted on Wi-Fi Alliance’s website, the Samsung Galaxy A50 has now been certified by Bluetooth SIG. The phone’s Bluetooth certification was published on the agency’s website on January 24th. The device was certified with the model number SM-A505FN, which is expected to be its single-SIM variant. Wi-Fi Alliance certified the handset’s dual-SIM version with the model number SM-A505FN/DS earlier this month. While the Bluetooth certification hasn’t revealed any details about the Galaxy A50 specifications, it has revealed that the handset will support Bluetooth 5.0 connectivity.

According to earlier reports, the Samsung Galaxy A50 will sport a waterdrop-style Infinity V notch as well as triple primary cameras at the rear. The phone will be one of the first Galaxy A series offerings to flaunt an in-display fingerprint sensor. The handset is said to be powered by an Exynos 9610 processor, aided by 4GB of RAM. The other leaked specifications include 64GB and 128GB storage variants, dual-band Wi-Fi, Android 9 Pie, dual-SIM slots, and a beefy 4,000mAh battery.