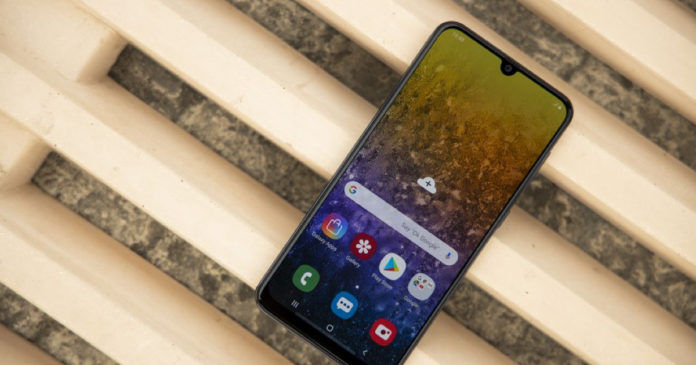 “The Galaxy A50 was launched in India earlier this year with triple rear cameras, under-screen fingerprint scanner, and Infinity U display”

Having already launched at least nine smartphones under Galaxy A series, Samsung has a few more handsets down the pipeline. While we already know about Galaxy A70s, Galaxy A90, and Galaxy A30s, the latest reports suggest there are one or two Galaxy A50 smartphones that are also about to arrive. Folks over at MySmartPrice have spotted two new Galaxy A series handset with model numbers SM-A562N and SM-A561F on the Wi-Fi Alliance. It’s believed to be these could either be the same smartphone with different versions or two entirely different products.

Since the respective model numbers are completely new and haven’t been spotted anywhere else, we don’t know much about the handset at the moment. The Wi-Fi Alliance certificate only reveals that the Galaxy A50e could come with dual-band (2.4GHz and 5GHz) Wi-Fi and Android 9.0 Pie running out of the box.

Notably, these handsets are different from the Samsung SM-A507FN smartphone that was recently spotted on Geekbench. The phone is expected to be the Galaxy A50s – a lighter version of Galaxy A50 that was launched earlier this year. The A50s is reported to come running Android 9 Pie out of the box and employ Exynos 9610 SoC paired with 4GB of RAM at its core. So be prepared for more A-series announcements shortly.

Apart from this, Samsung is also planning to launch its online-exclusive Galaxy M series smartphone in India. The Galaxy M30s is already in production at the company’s Noida facility in UP. A few days ago, we saw live images of the handset’s back panel that have cut-outs for dual rear camera setup, fingerprint scanner, USB Type-C port, speaker grill, and 3.5mm headphone jack.