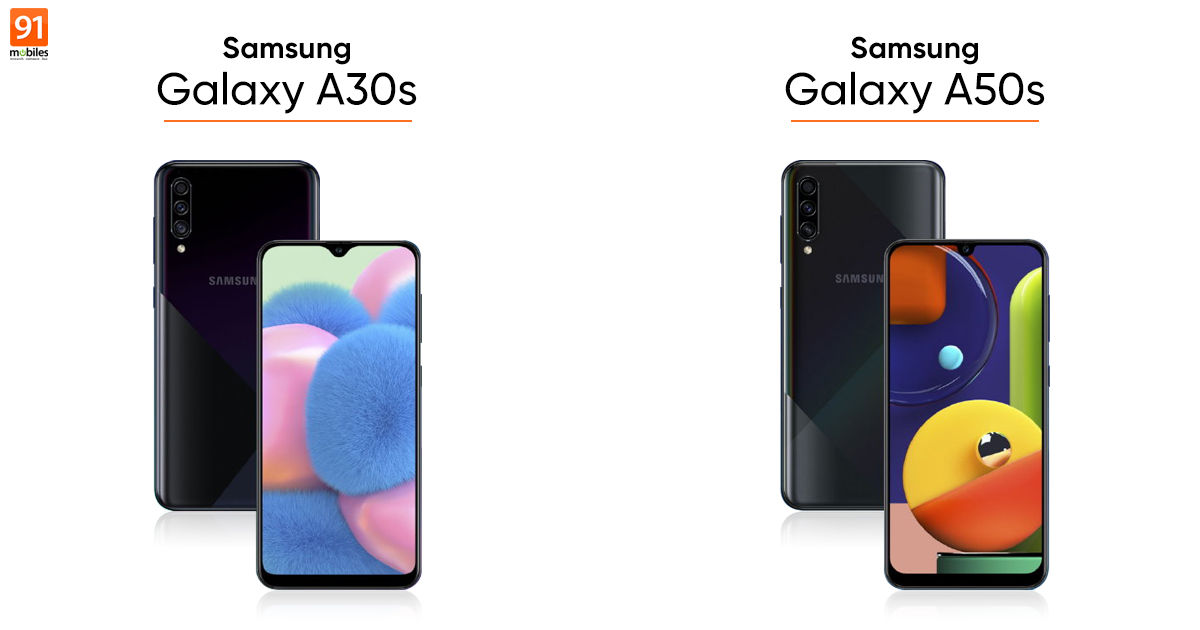 The #GalaxyA series has evolved, and it is just 2 days away from its launch.
Follow this space to stay updated. pic.twitter.com/gH2BhdXdDD

The mid-range Samsung Galaxy A50s packs 6.4-inch Full-HD+ Infinity-U Super AMOLED display and Exynos 9610 10nm chipset with Mali-G72 GPU. The handset comes with two RAM and storage configurations: 4GB + 64GB and 6GB + 128GB, which is further expandable up to 512GB via micro SD card. The handset runs Android 9 Pie-based One UI out of the box. In the camera department, the A50s rocks triple 48-megapixel (f/2.0) + 5-megapixlel depth sensor with f/2.2 aperture + 8-megapixel ultra-wide-angle camera with f/2.2 aperture setup on the rear. The front camera, on the other hand, gets 32-megapixel shooter with f/2.0.

Samsung Galaxy A30s is a slightly more affordable offering with 6.4-inch Infinity-V Super AMOLED display with HD+ resolution instead of Full-HD+. The handset is powered by Exynos 7904 SoC paired with 3GB/ 4GB of RAM and 32GB/ 64GB/ 128GB user-expandable storage. The phone sports 25-megapixel (f/1.7) + 5-megapixel depth sensor with f/2.2 aperture + 8-megapixel ultra-wide-angle camera with f/2.2 aperture setup on the rear and a 16-megapixel shooter on the front for selfies and video calling. The connectivity options and software on the Galaxy A30s are the same as its elder sibling, the Galaxy A50s.

The Galaxy A30s and Galaxy A50s price in India is expected to be announced at the launch event so stay tuned. The Galaxy A20s has been in the rumours for a while now, hence, we can expect it to launch alongside.