91mobiles.com
Home Feature From powerful cameras to enhanced security, these are the 5 things that... 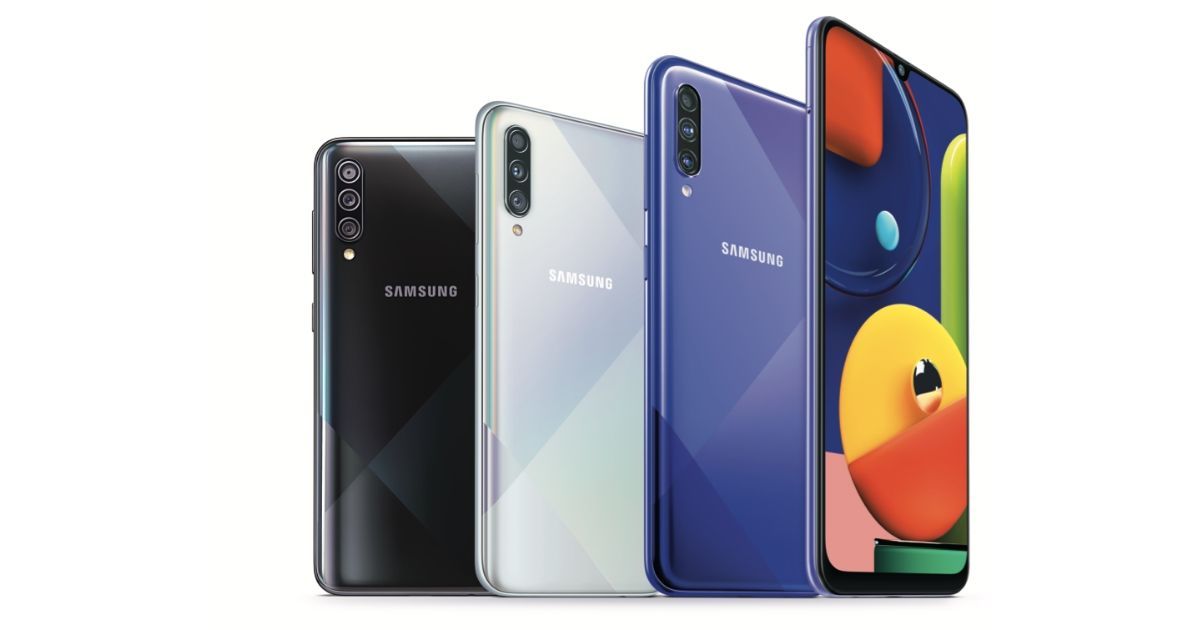 The Samsung Galaxy A50s has come with a strong agenda of pushing as many flagship-grade features into the mid-range as possible. Launched at a starting price of Rs 22,999, this power-packed handset packs an impressive array of cameras and a host of other premium features that are usually available in higher price brackets. We are maybe making strong claims, and here’s why they stand true… 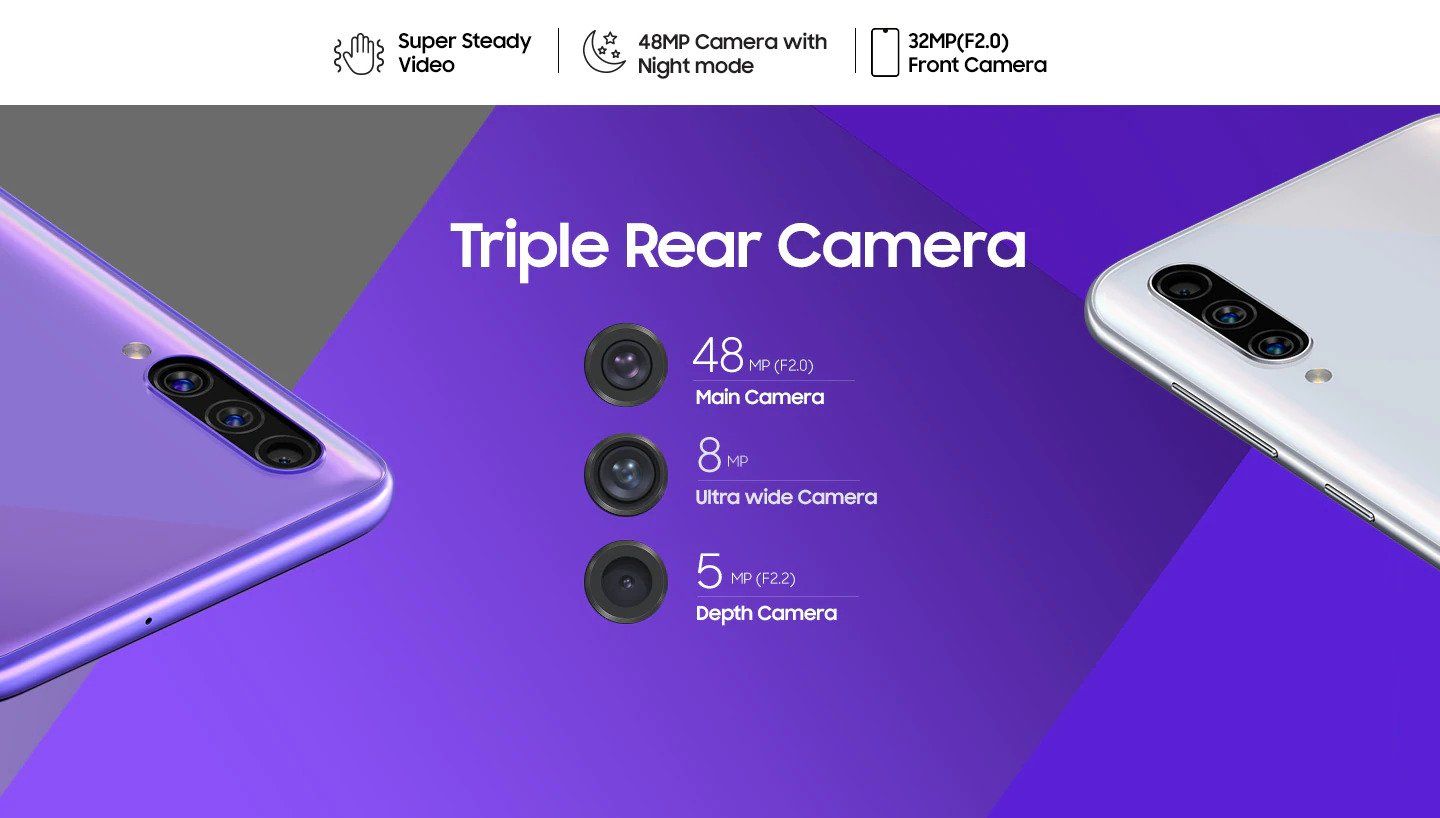 The triple rear cameras on this phone aim to deliver versatile photography options. Its setup is highlighted by a 48MP main sensor that’s accompanied by an ultra-wide lens of 8MP with 123-degree field-of-view, and a 5MP depth sensor for Bokeh effects. On top of that, the phone also comes with a 32MP front camera.

Along with the powerful hardware, the camera is backed by AI capabilities as well. On the Alive Camera of the Galaxy A50s, there is a Best Shot suggestion feature which recommends the best composition to capture your shots basis the Rule of Thirds in photography. There’s also the Scene Optimizer which identifies your subjects and optimizes the colours, brightness and sharpness for offering the best output.

It isn’t just the triple camera or Alive Camera additions that make the Samsung Galaxy A50s an impressive action camera phone — the fact that it doesn’t shy away from offering as many flagship-level features as possible at a sub Rs 25k price point makes it an attractive proposition. One of those features is the Night Mode, which makes use of multi-frame capturing to add light to photographs clicked in the darkest of conditions, resulting in bright and clear pictures.

Another interesting feature is the Super Steady Video mode. It uses VDis (Video Digital image stabilisation) to eliminate shakes from your videos which are captured on the move or when the subject is in motion, to render smooth footage that isn’t jarring to the eyes. Additionally, the Galaxy A50s can record 4K videos.

The Samsung Galaxy A50s also has a unique-yet-attractive design with a sleek 7.7mm slim body. The smartphone’s back panel has a 3D Prism design offering slightly different gradients as the light reflects off it, giving it a very premium look. Available in three stylish colours of Prism Crush Violet, Prism Crush White and Prism Crush Black, there’s no doubt that the phone will make heads turn wherever you go with it. 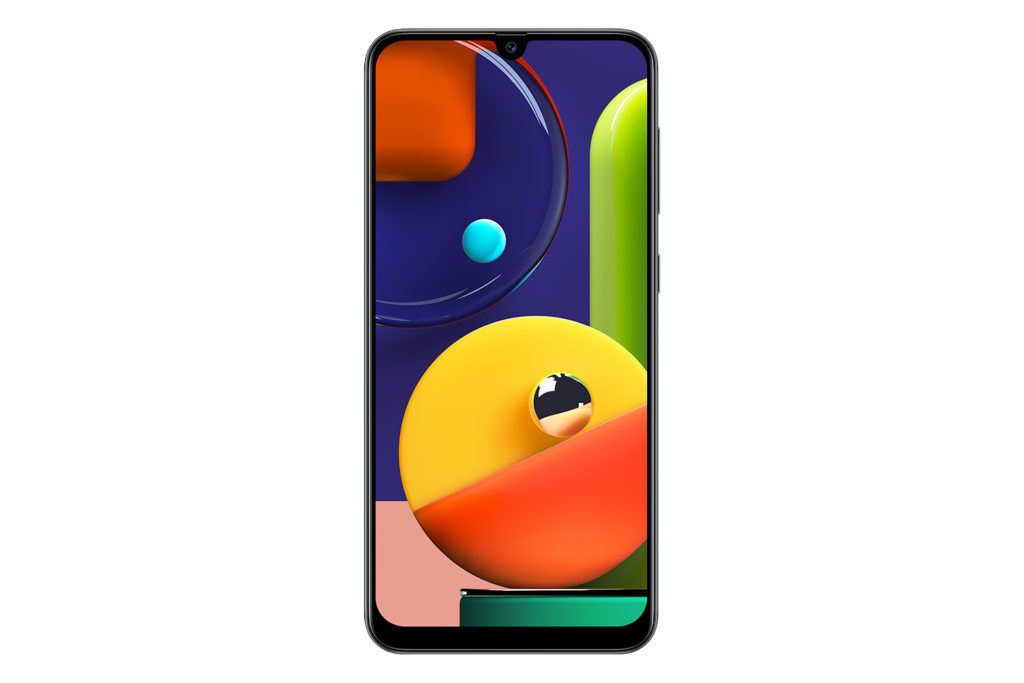 The Samsung Galaxy A50s features a screen measuring an impressive 6.4-inches. Despite the big screen, the phone doesn’t feel large when you are holding it, as it makes use of Samsung’s Infinity-U display. This allows the display to spread almost entirely across the front surface by having the front camera situated inside a tiny cut-out at the top. It’s no surprise that this full HD+ display is Super AMOLED in nature, which makes for an overall rich viewing experience.

Underneath this screen sits the fingerprint scanner that lets you access your device in an instant, and that too securely.

Under the hood, the Galaxy A50s runs Samsung’s new 10nm Exynos 9611 chipset, which is paired with 4GB RAM or 6GB RAM, while the storage stands at 128GB. All this, combined with the Game Booster feature, which is a technology incorporated into its software, results in stellar gaming performance. As far as the battery life is concerned, a 4,000mAh unit can be found inside the A50s. This large cell promises all-day usage, and will still have some juice left at the end of the day for some bedtime browsing. And that’s not all; the phone also supports 15W fast charging through its USB Type-C port.

Another feature that’s usually available on the brand’s high-end offerings, and has made its way to the Galaxy A50s is Samsung Pay. Samsung Pay uses card tokenisation to add your debit & credit cards securely on the phone and lets you make payments by simply utilising Tap & Pay capability of NFC, without having to physically carry these cards with you. That’s not all, Samsung Pay also offers UPI payments, bill payments and gift cards.

And you’d be pleased to know that these payments will be secured using Samsung’s defence-grade Knox security feature. This means you can be rest assured that all your card information is safe with the device, no matter where you’ll be using Samsung Pay.

Another feature that’s usually available on the brand’s high-end offerings, and has made its way to the A50s is Samsung Pay. This NFC-based feature allows you to store your debit cards, credit cards and mobile wallets securely on the phone and lets you make payments without having to physically carry these cards with you. That’s not all, Samsung Pay also offers support for UPI transactions.

And you’d be pleased to know that these payments will be secured using Samsung’s reliable Knox security feature. This means you can rest assured that all your card information is safe with the device, no matter where you’ll be using Samsung Pay.

If you’ve been following the article, then it’s clear that the Samsung Galaxy A50s is certainly a smartphone that you won’t be able to ignore this festive season.