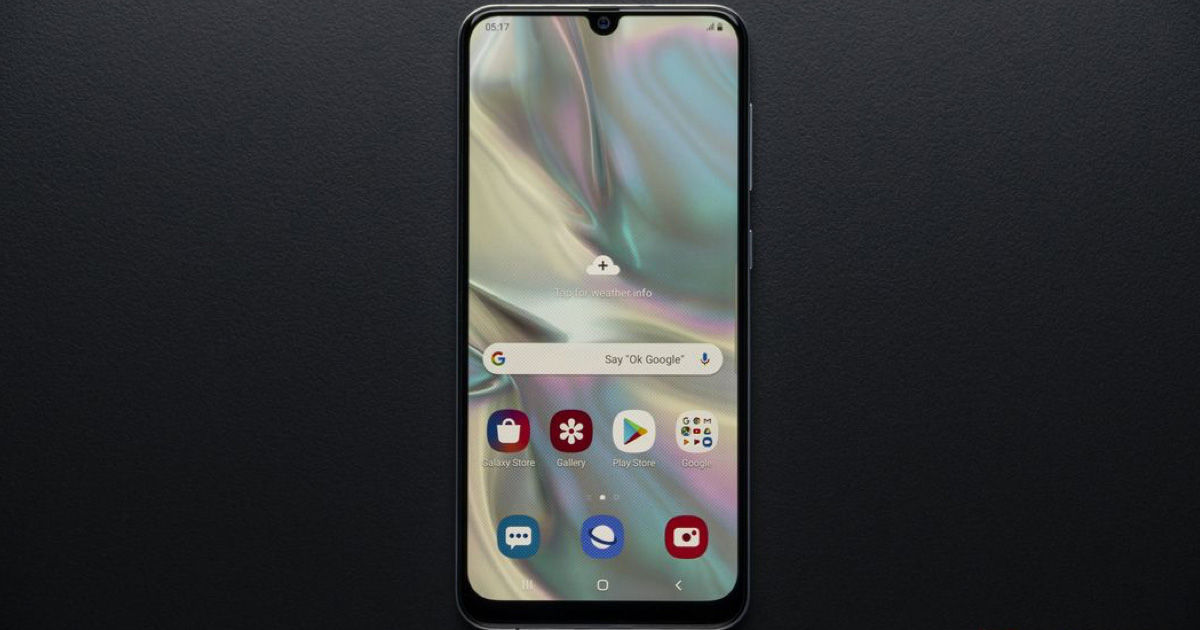 Although smartphone OEMs can’t hold a candle to Samsung’s flagship offerings, it’s no secret that the Korean giant has been losing penetration in the affordable segment owing to stiff competition. To turn the tides back in its favour, the company recently announced two new handsets in the form of the Galaxy A30s and the Galaxy A50s which sport stunning designs and offer a promising feature set. I managed to get a closer look at the latter of the two offerings and here’s what I make of it after my brief stint with the phone. 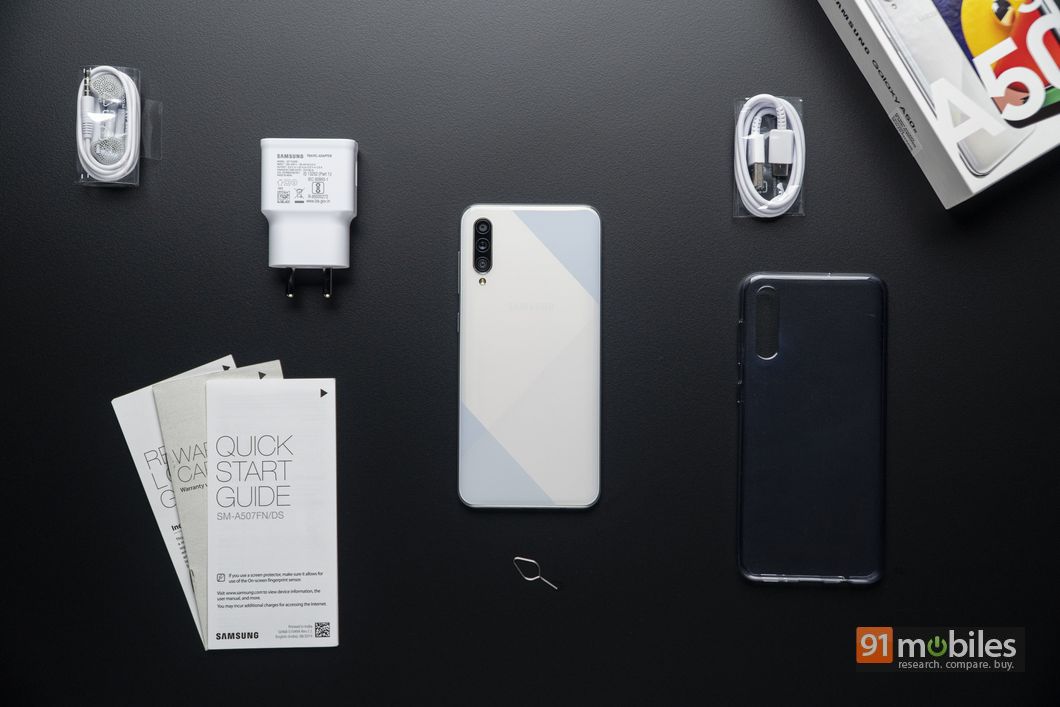 The Galaxy A50s comes packaged in a white cardboard box, opening which buyers will find the smartphone itself, followed by some documentation, a TPU case, a SIM ejector tool, a pair of earphones, the bundled wall charger and a USB Type-C cable. As far as unboxing experiences go, the Galaxy A50s leaves no stone unturned and will give buyers all the necessary accessories to go along with their brand new purchase. 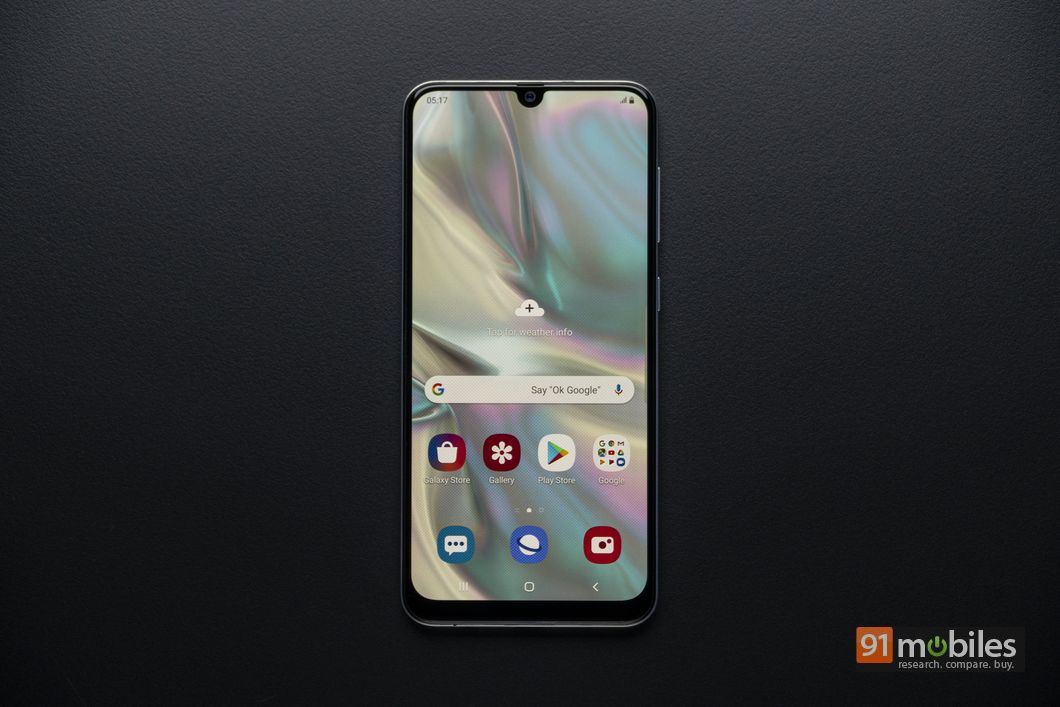 From a distance, the Samsung Galaxy A50s looks identical to the company’s A50 I reviewed a while ago. In fact, barring the handset’s newer prism-cut gradient finish, you’ll be hard-pressed to find any differences in the design of the two phones. From the placement of the ports, to the panel’s waterdrop notch and the smartphone’s overall fit and finish, the Galaxy A50s is remarkably similar to its predecessor. However, I must admit, the handset does look exquisite in the newer paintjob, and the A50s is easily among the best-looking phones I’ve tested thus far.

As for the placement of the ports and buttons, the device sports a power button and a volume rocker on its right fascia. The left-hand side of the frame features no buttons, hbut does come with a triple-SIM slot which will allow you to add two SIM cards and a microSD card simultaneously. The headphone jack and the USB Type-C port can be found at the bottom, positioned alongside the device’s mono-speaker grille. 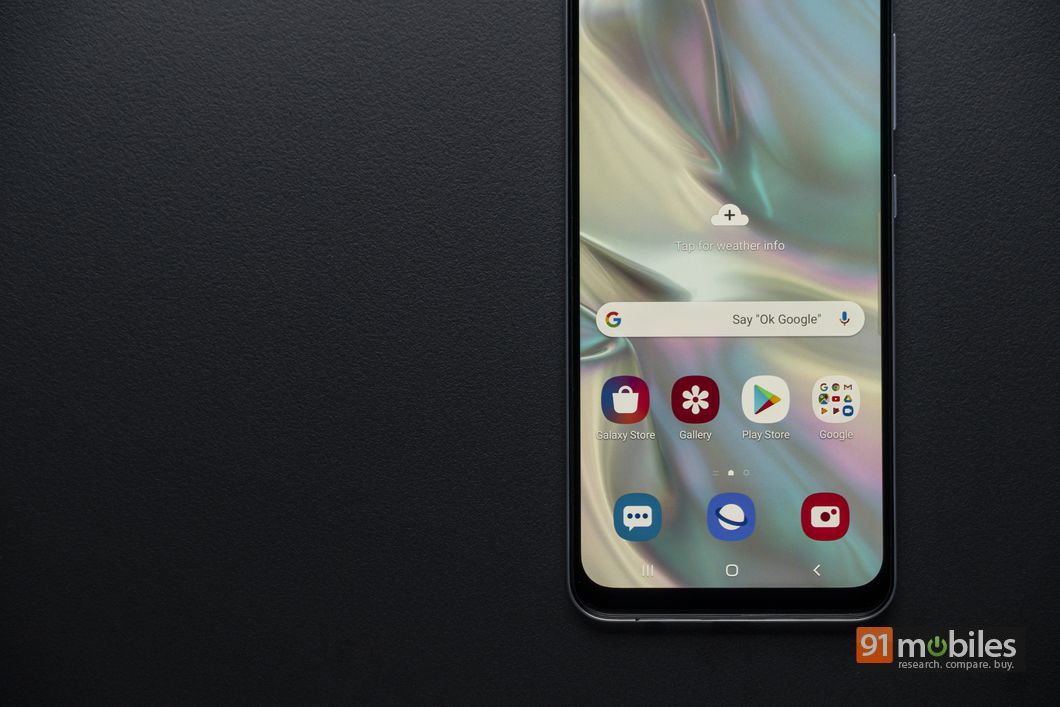 For security, the A50s ships with an in-display fingerprint sensor which failed to impress me during my initial stint with the phone. Reason being, the sensor isn’t very accurate and it took me anywhere from two to three taps to get into my home screen. Furthermore, I would’ve liked for the sensor to be a tad-bit quicker too as the unlocking animation takes about a second before I can finally use the device. Thankfully, you do get face unlock with the A50s, which is relatively quicker to unlock the device. 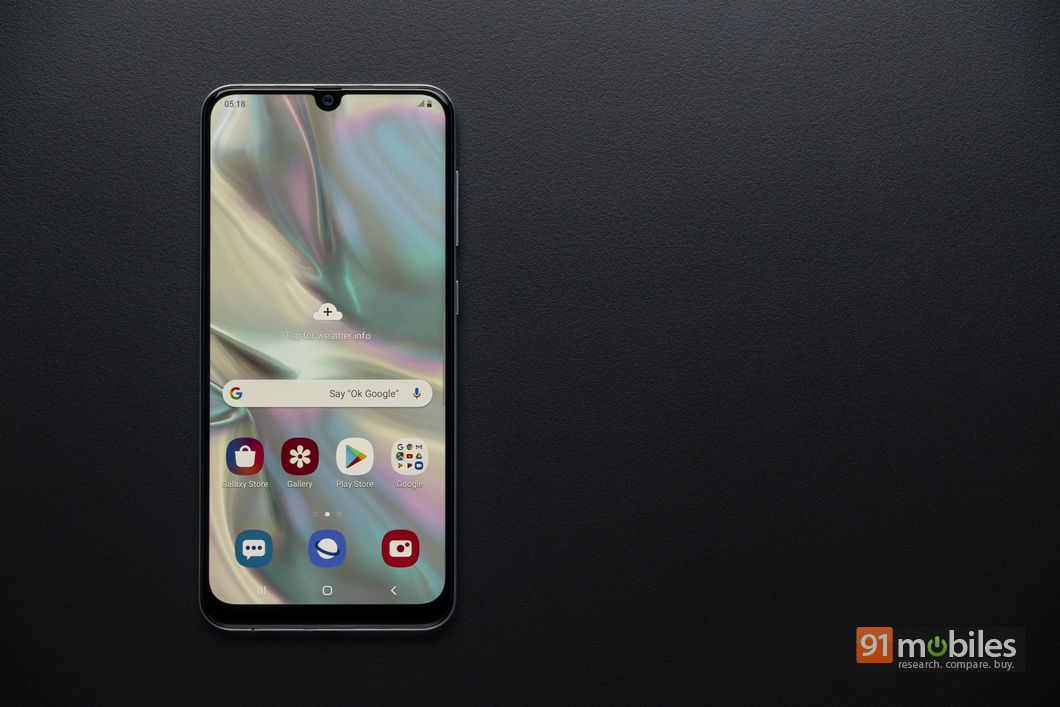 In terms of display, the A50s features a 6.4-inch FHD+ Super AMOLED panel with an Infinity-U notch positioned at the centre. The display is about as good as you can get for the price and it exhibits wide-viewing angles and punchy colours. What’s more, the panel is Widevine L1 certified too, meaning you can stream all your favourite shows in glorious HD from services like Netflix and Amazon Prime. 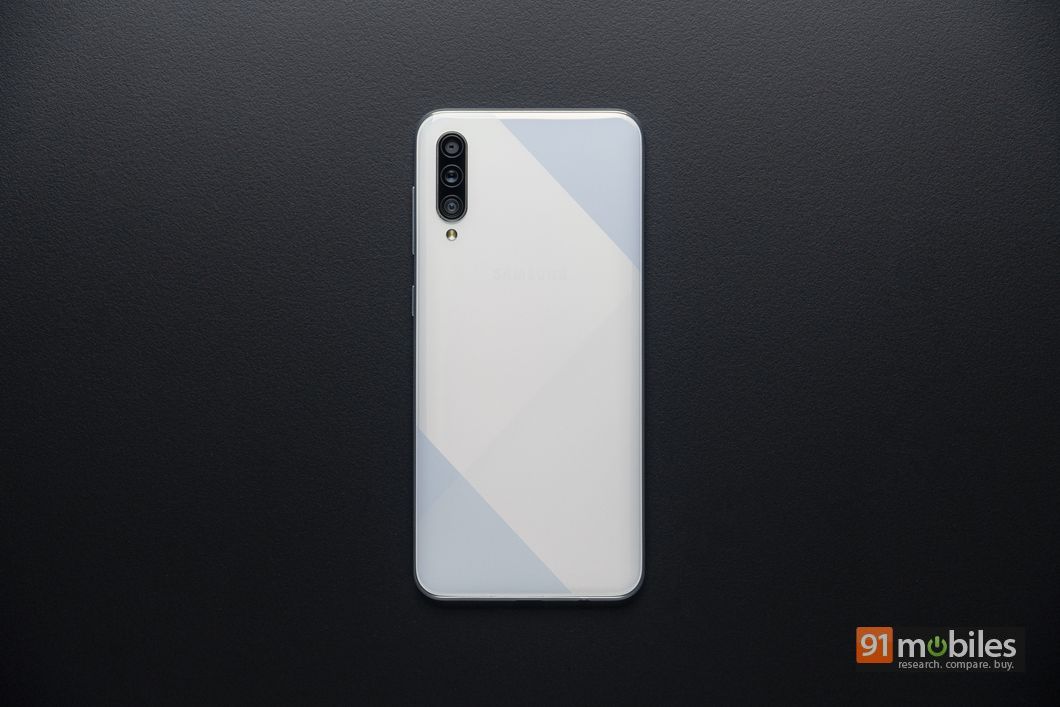 Coming to the core specs, the Galaxy A50s features the company’s in-house Exynos 9611 chip which has been mated to 6GB of RAM and a 128GB of storage on my review unit. The processor comes as a marginal upgrade over the 9810 chip which powered the A50 and for the most part, offered a buttery smooth experience during my initial stint with the phone. Applications opened swiftly, and despite installing a plethora of applications and transferring all my media from the OnePlus 7 Pro onto the A50s, the device didn’t heat up or stutter all that much. 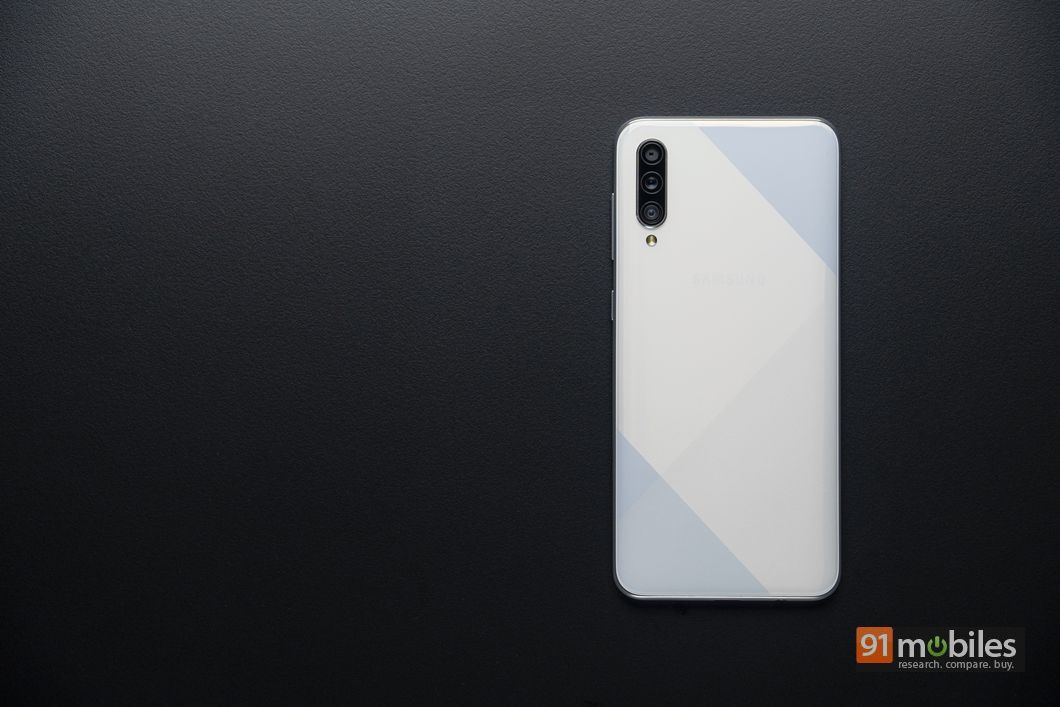 While I will be putting the phone through its paces in my full review, I did run Antutu benchmark to gauge the handset’s performance capabilities wherein, the A50s secured 1,53,929 points, which is a higher score than the A50’s 1,43,399 points. 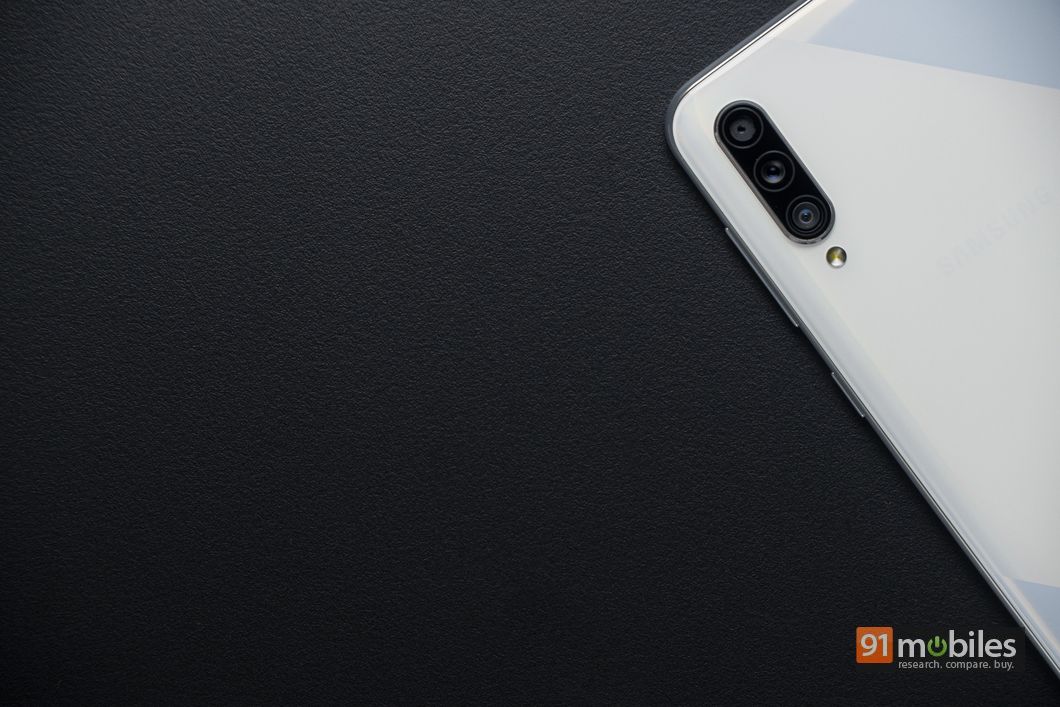 For cameras, the Galaxy A50s features a triple-camera setup at the back, comprising a 48MP main shooter, a 5MP depth sensor and an 8MP ultra-wide shooter. For selfies, the device gets a 32MP front camera. Now, I did take some shots with the phone, which looked promising. However, it’s too soon to tell if the A50s can stand tall amidst a host of other compelling camera phones. But, fret not as our review is well in the works so for now, breeze through the gallery and tell us what you make of the cameras in the comments below.

Lastly, the Galaxy A50s sips juice from a 4,000mAh battery which can be topped up using the bundled 15W charger. The handset boots the company’s OneUI on top of Android Pie and starts at Rs 22,999. For the price, the device will go up against the likes of the Redmi K20 (review) and the Motorola One Vision (review), which have proven their mettle in the affordable segment. Suffice it to say, the A50s has its task cut out and it’ll be interesting to see if the smartphone can make a name for itself in the cutthroat segment.