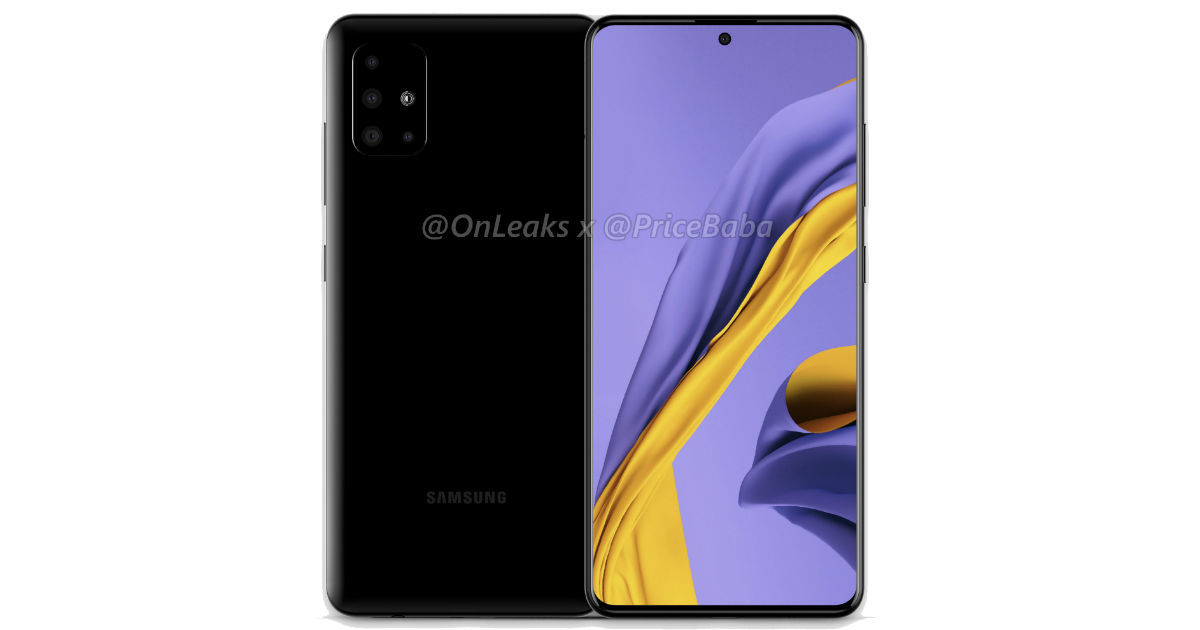 “Samsung Galaxy A51 is expected to come with a 6.5-inch display, an in-display fingerprint sensor, Exynos 9611 SoC”

Samsung Galaxy A51 launch may not be too far away as we’re coming across newer details with every passing day. The device recently bagged Wi-Fi Alliance certification, and now it’s been approved by the South Korean government research institute. This suggests Samsung Galaxy A51 would have battery model EB-BG891ABA, which has a 4,000mAh (typical) capacity. This means the handset will have the same battery capacity as the Galaxy A50 and A50s. However, the listing doesn’t reveal any other key Samsung Galaxy A51 specifications. This information comes soon after a render of the handset showed punch-hole display, quad-camera setup at the back, and curved edge design.

Design-wise, the power button and volume rocker are placed on the right, while the SIM tray is on the left spine. The bottom edge houses USB Type-C port, 3.5mm audio jack and speaker grill. There could be an in-display fingerprint snapper for security. The quad rear camera setup is placed in an L-shaped array – while three sensors are vertically placed, the fourth is placed on their right accompanied with an LED flash. Thanks to the punch-hole design, the bezels are extremely slim on the front.

Talking about specifications, the Samsung Galaxy A51 is expected to sport a 6.5-inch Full-HD+ AMOLED display and be powered by the Exynos 9611 SoC coupled with 4GB RAM and either 64GB or 128GB storage, as suggested by Geekbench. The Wi-Fi Alliance listing revealed that it would run on Android 10 out of the box. In terms of optics, the Galaxy A51 packs a 48MP primary sensor aided by a 12MP wide-angle lens, a 12-megapixel telephoto camera with 2X optical zoom and a 5MP depth sensor. The handset packs a 32MP snapper in the waterdrop notch on the front. The Galaxy A51 is said to measure 158.4 x 73.7 x 7.9mm in size. 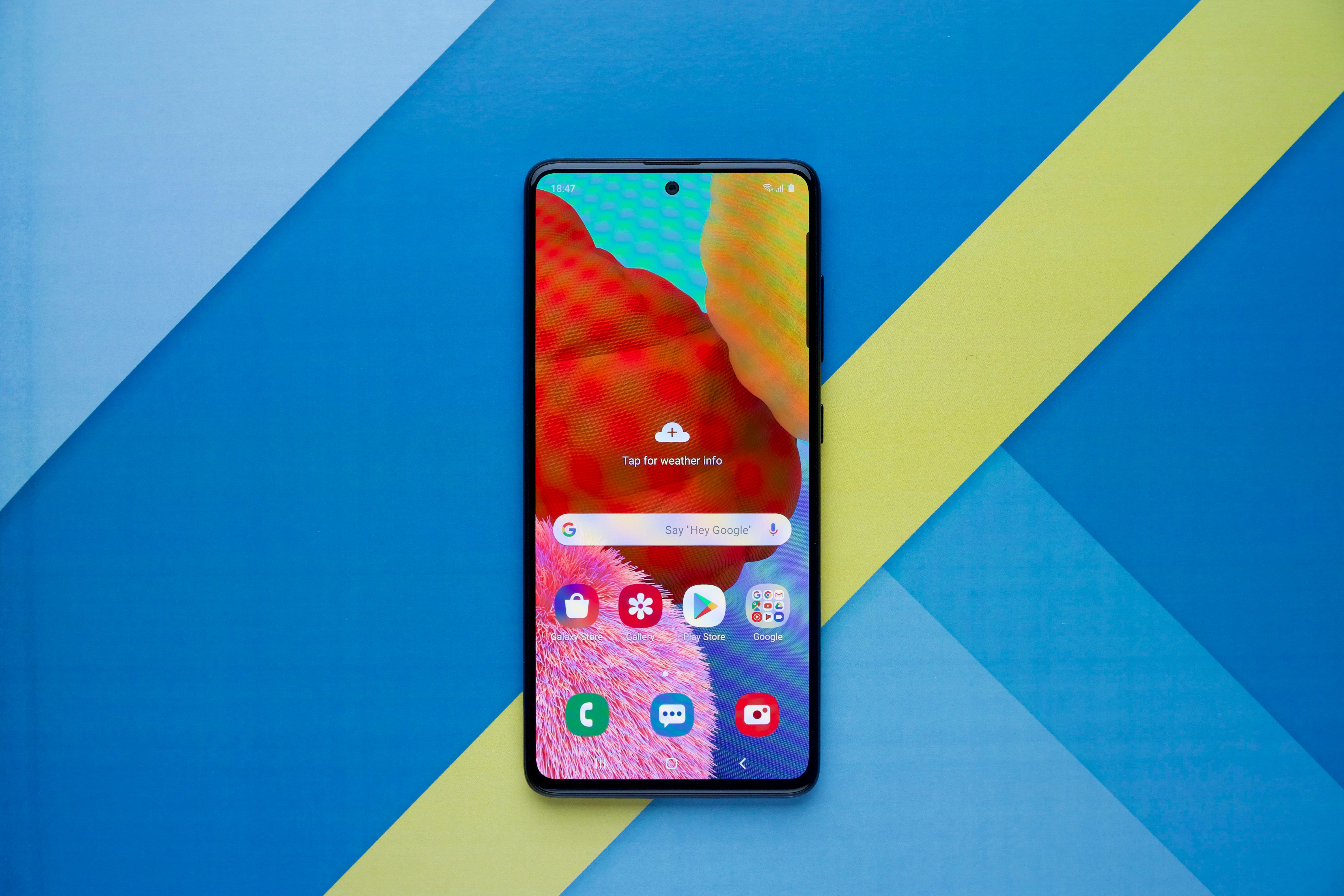 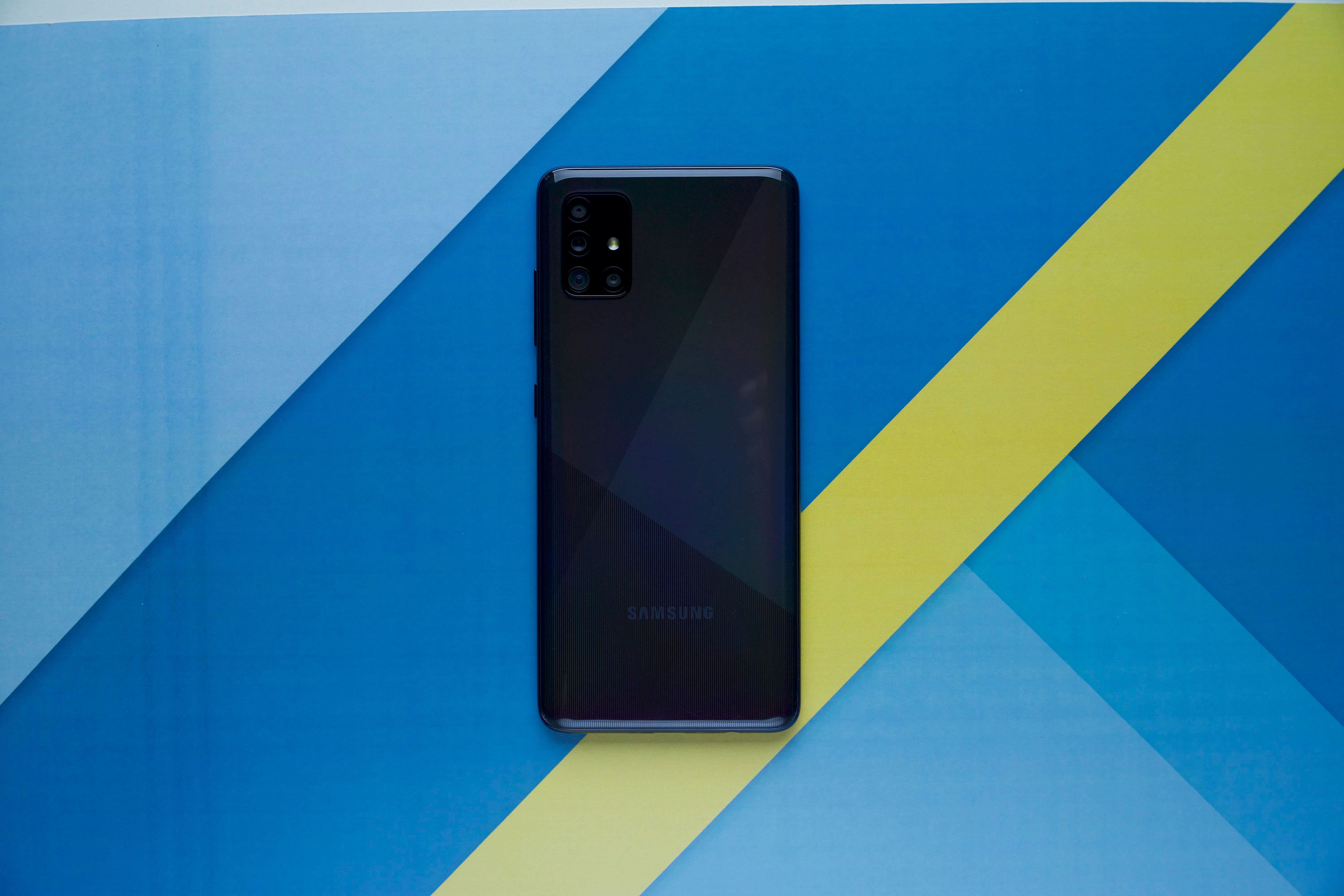 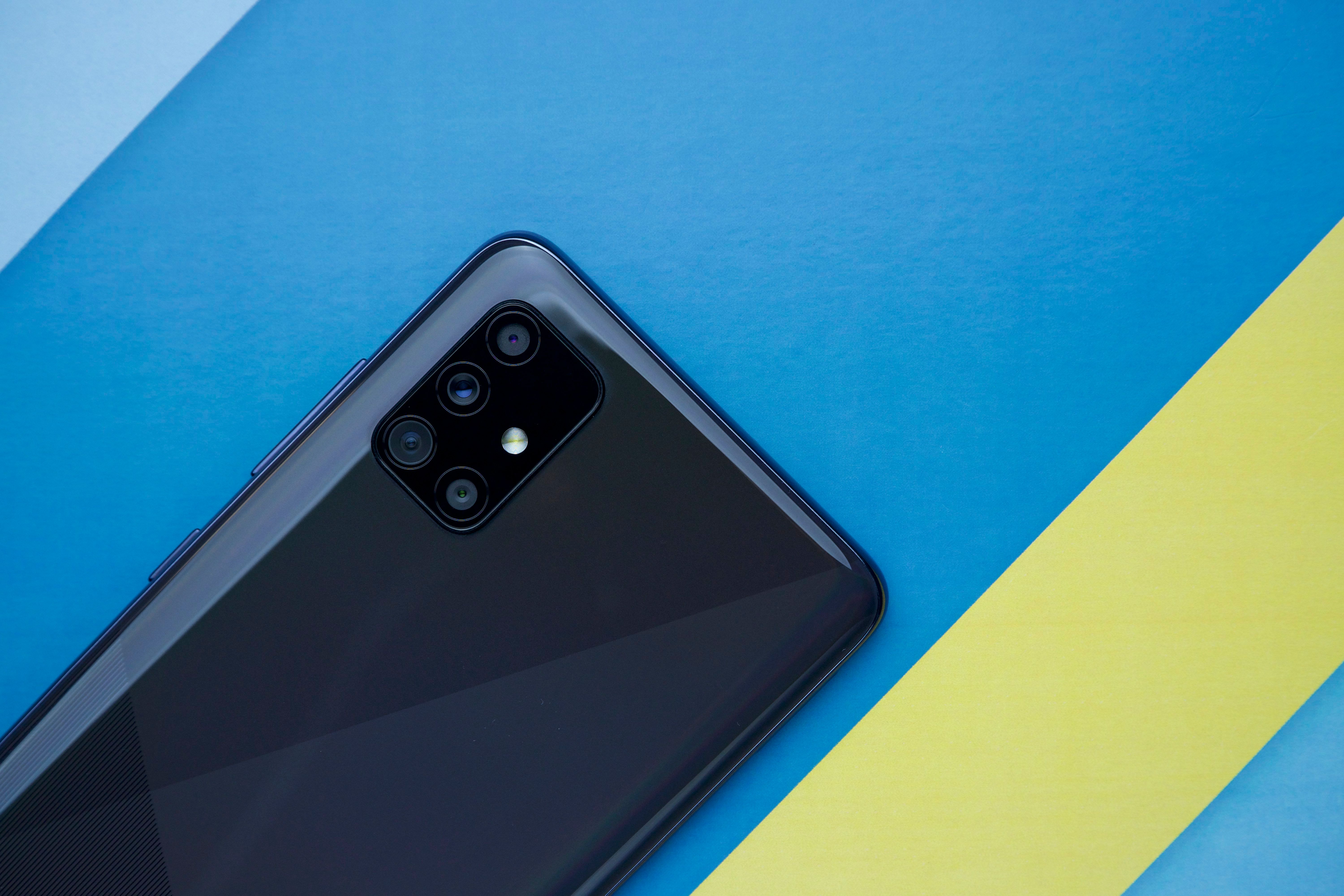 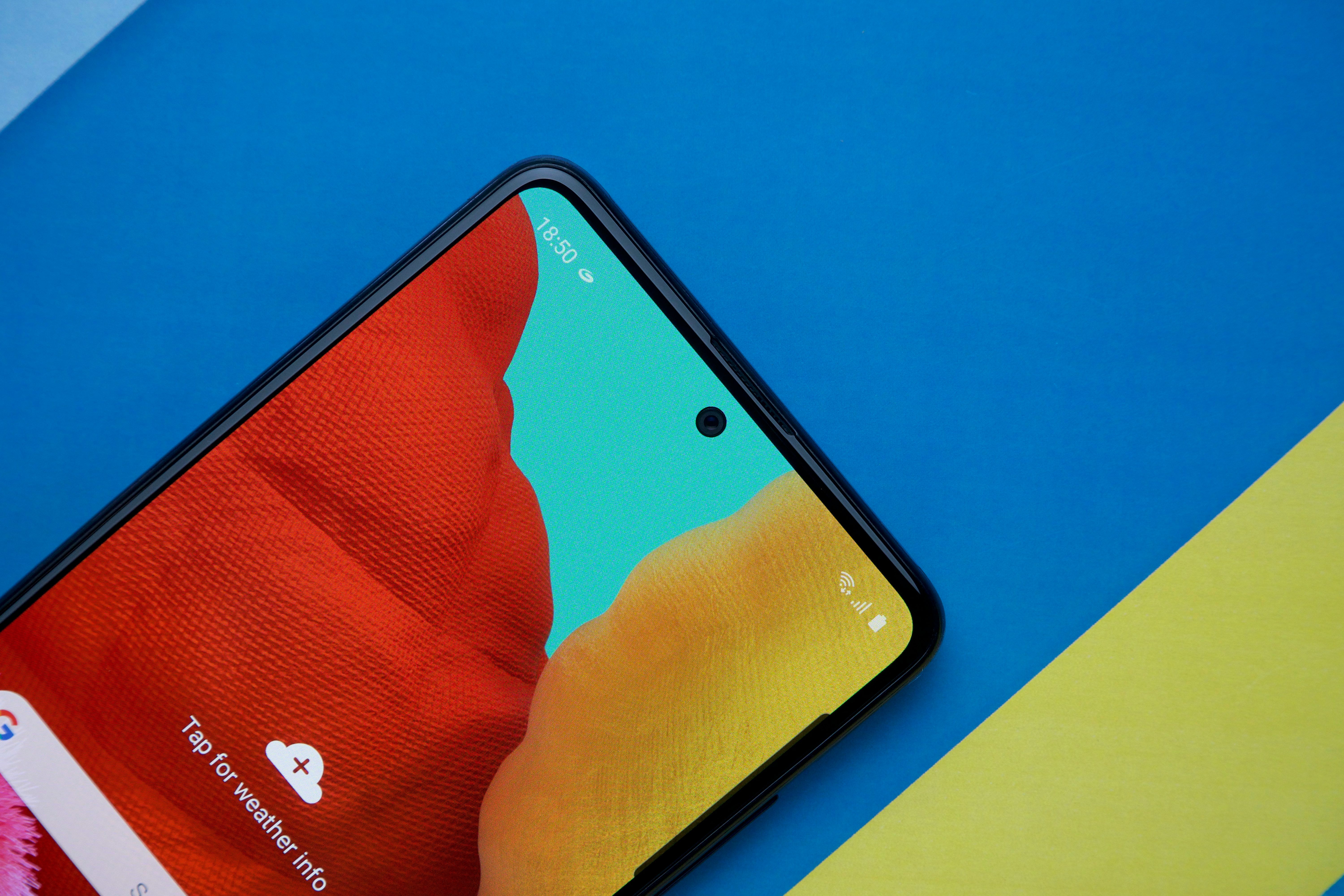 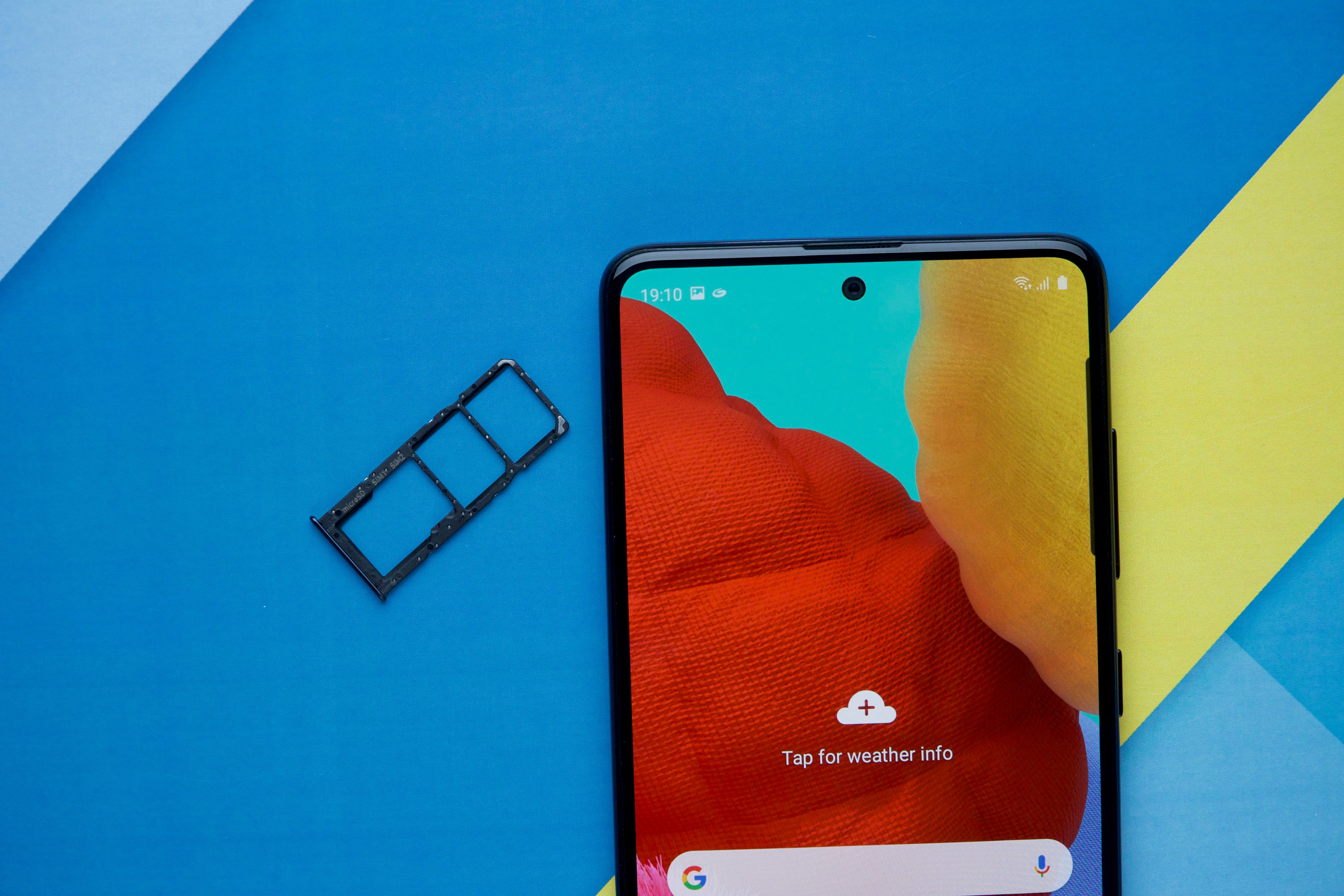 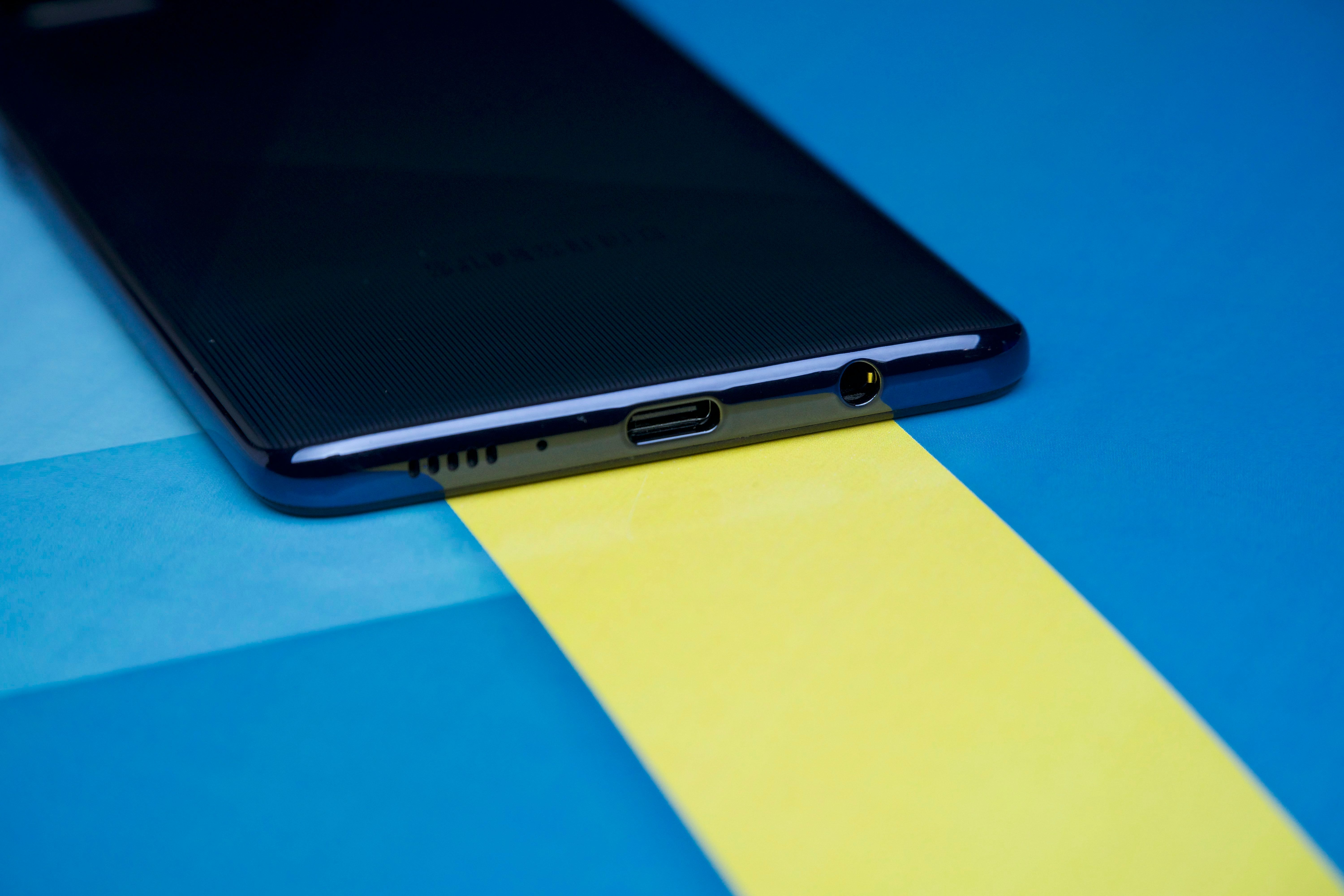 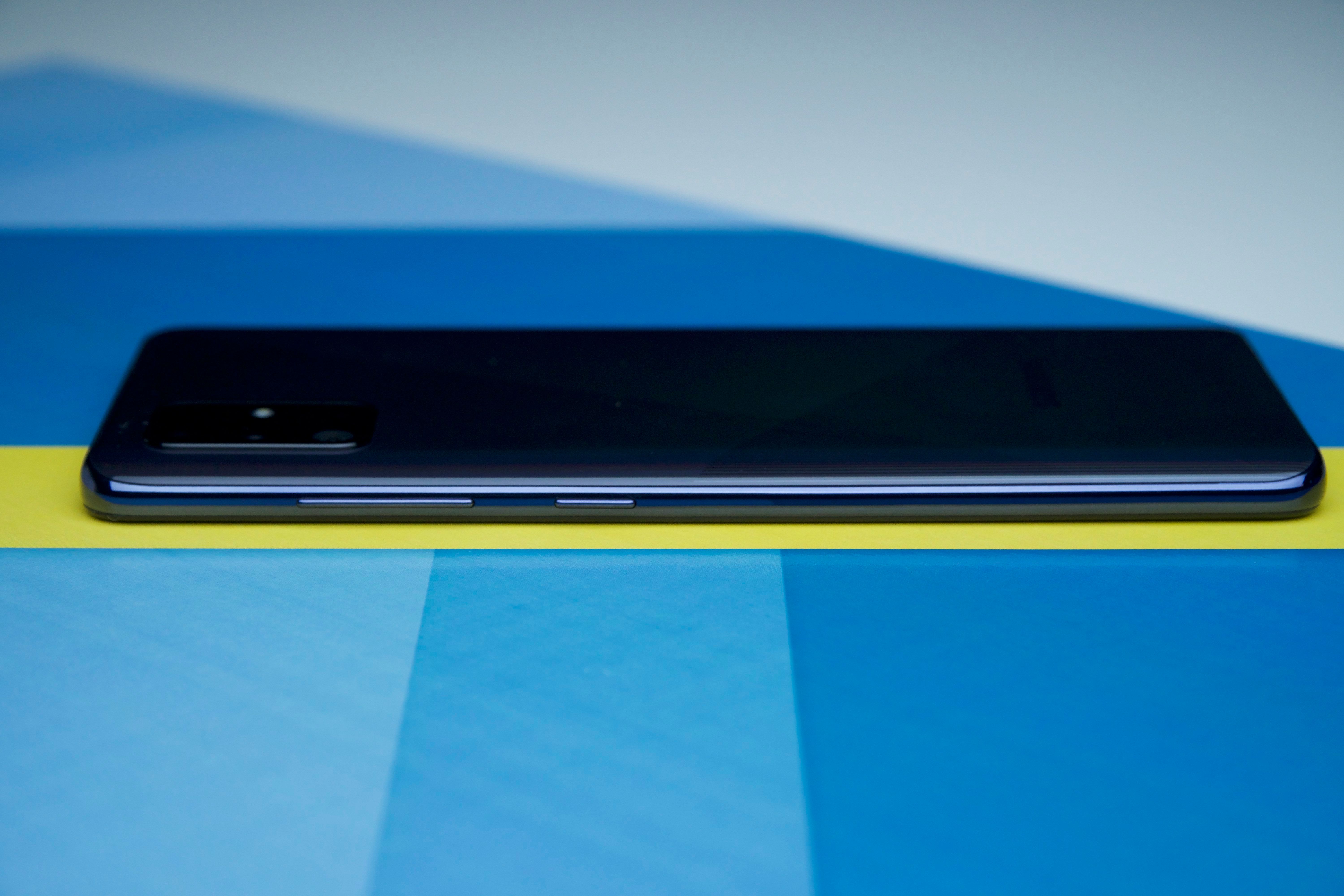 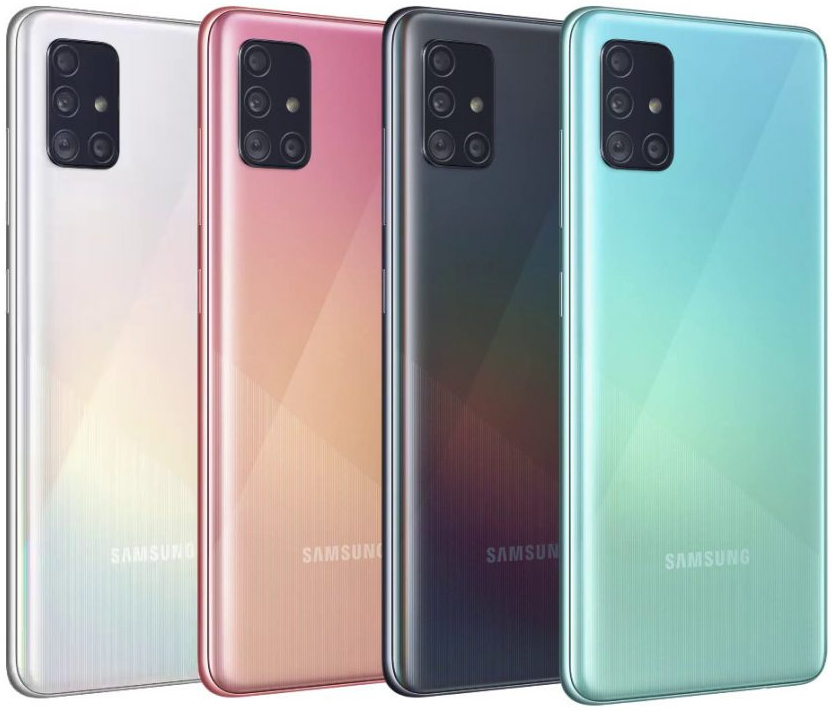 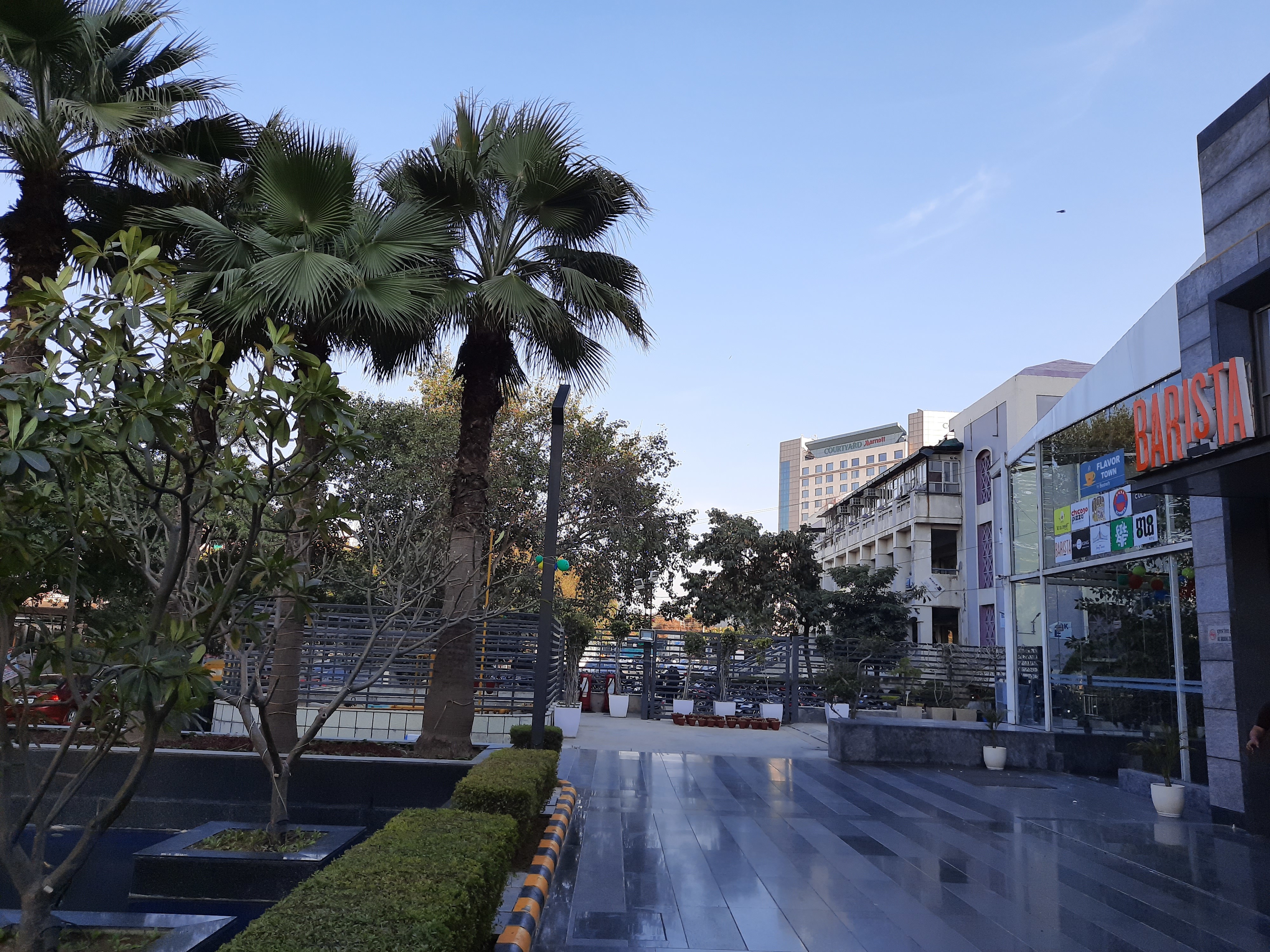 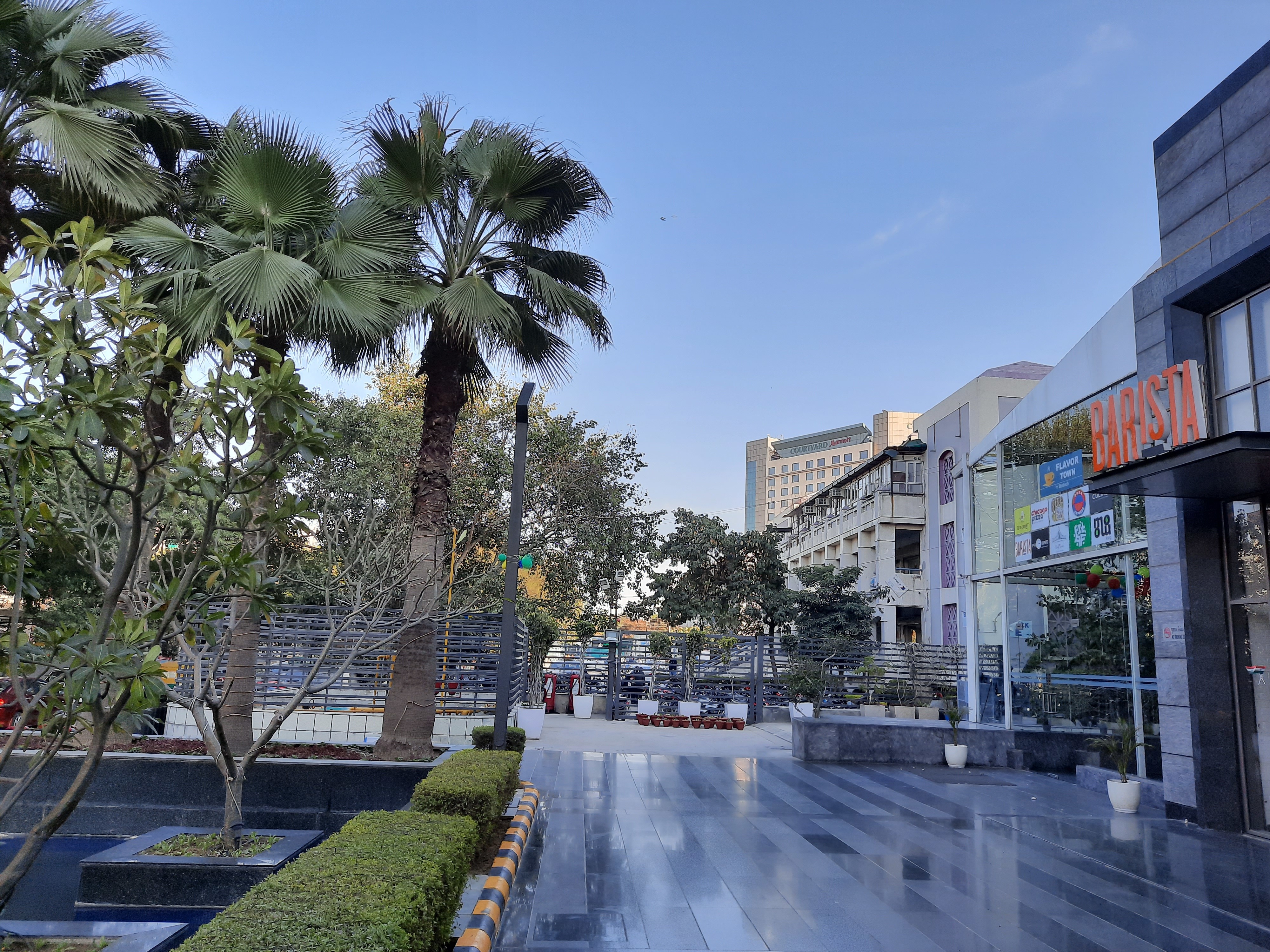 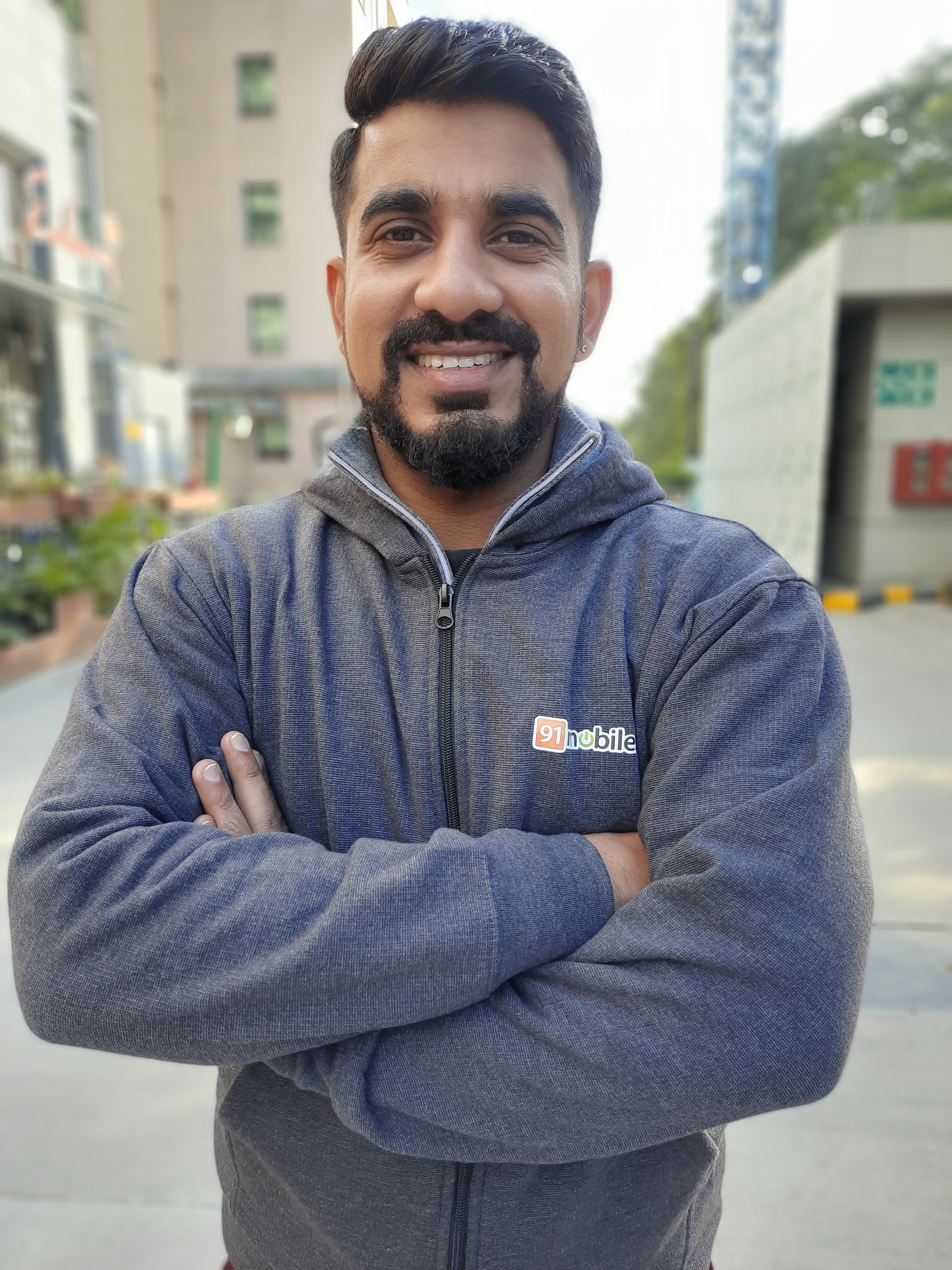 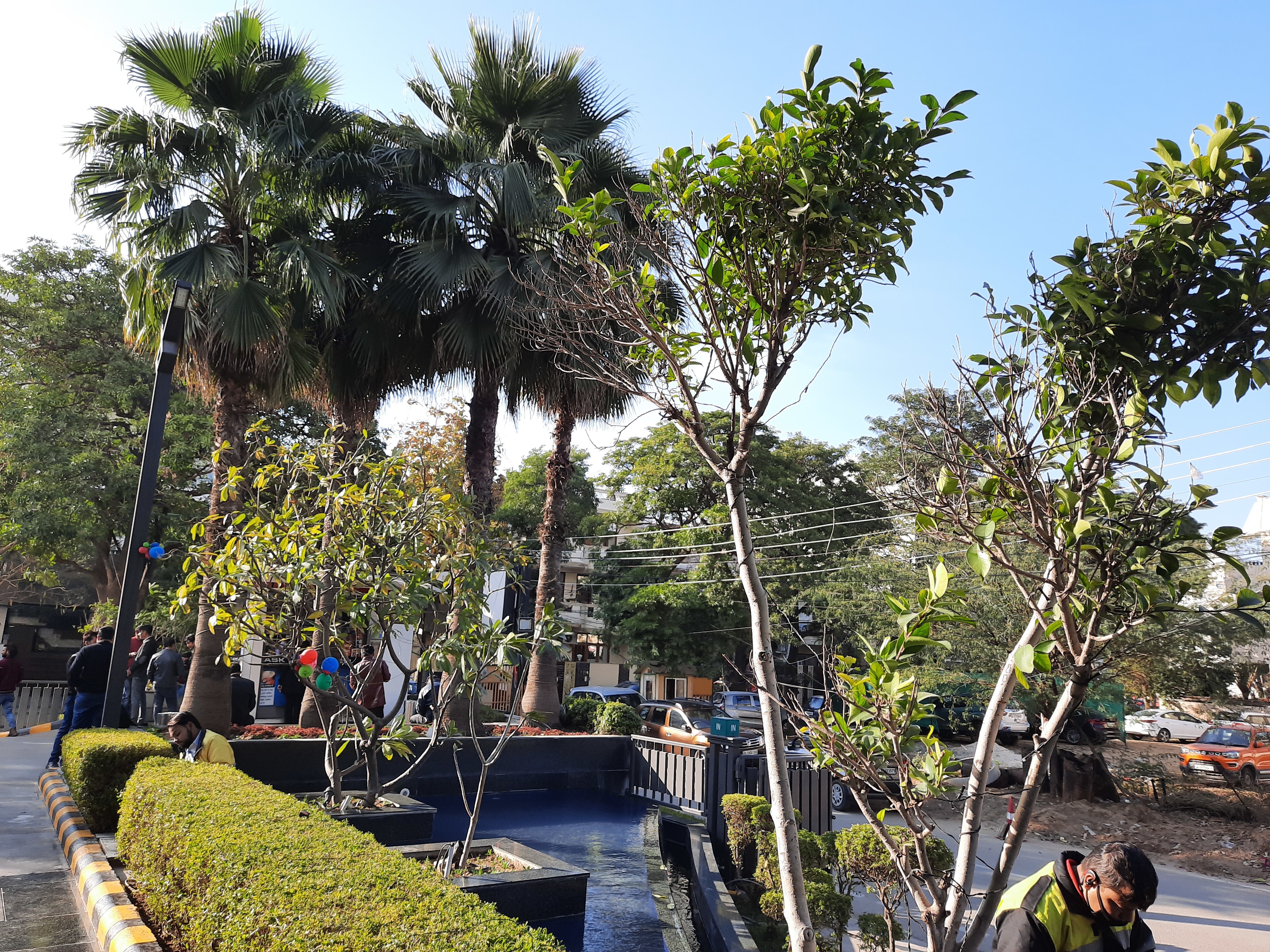 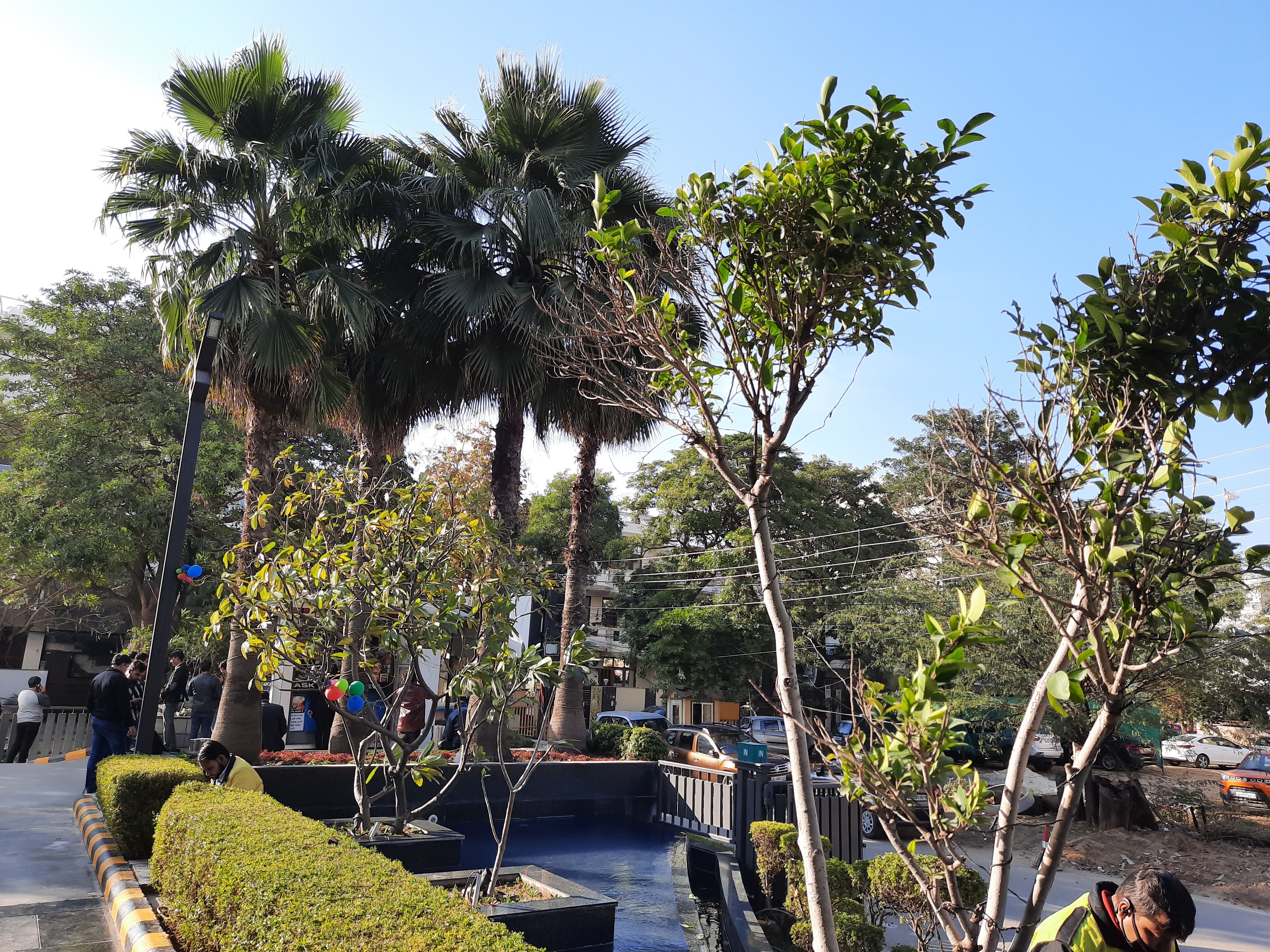 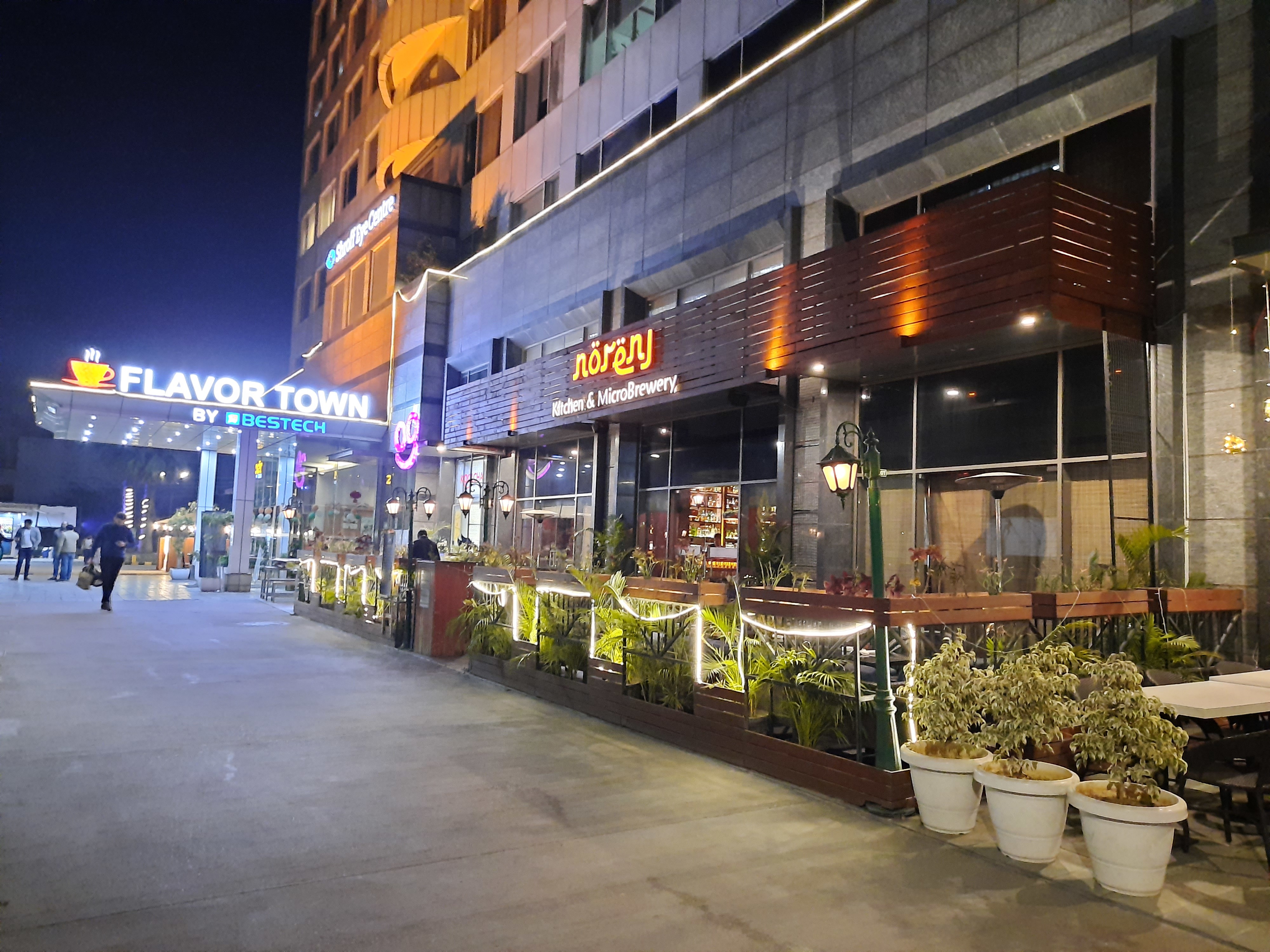 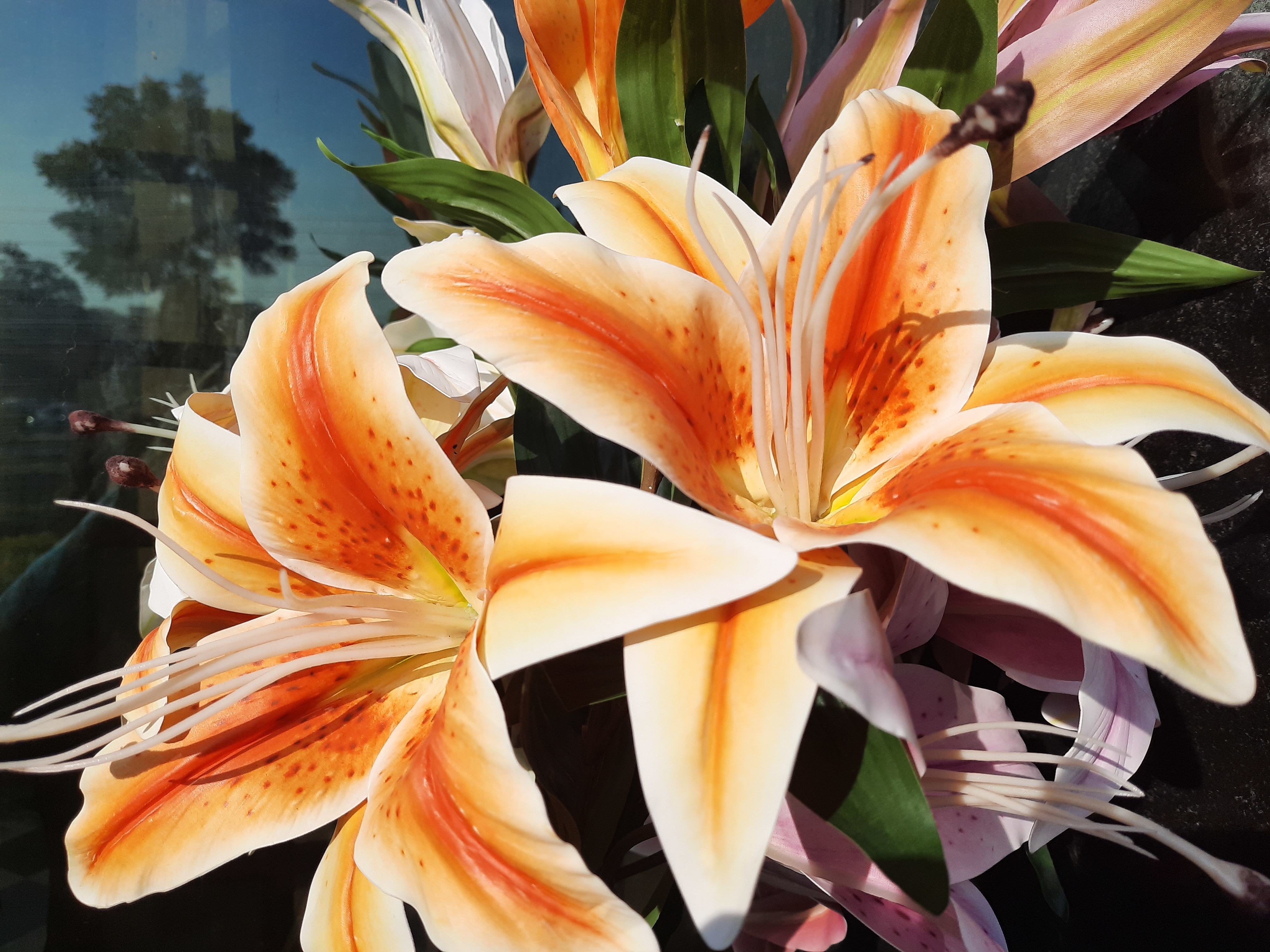 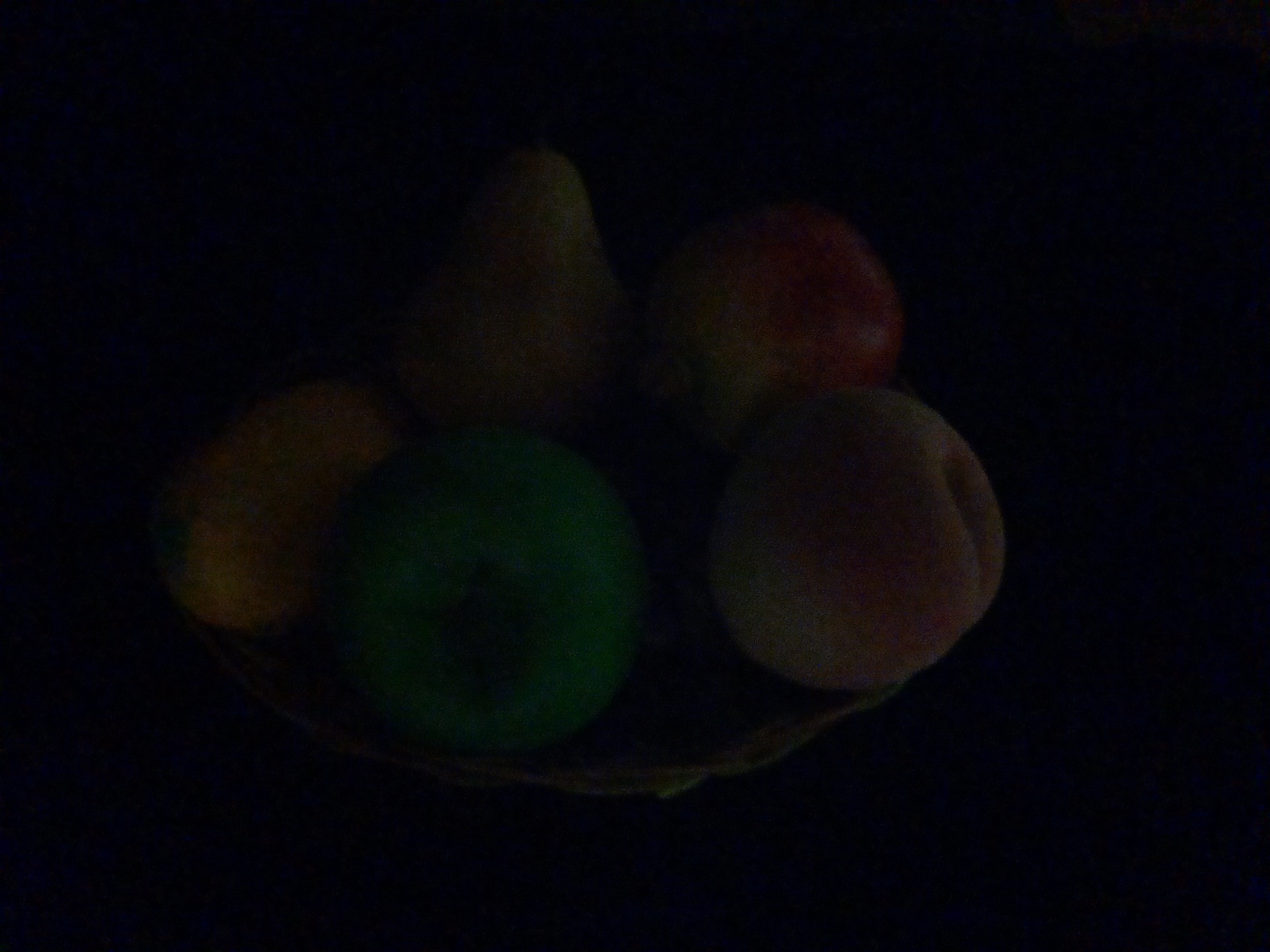 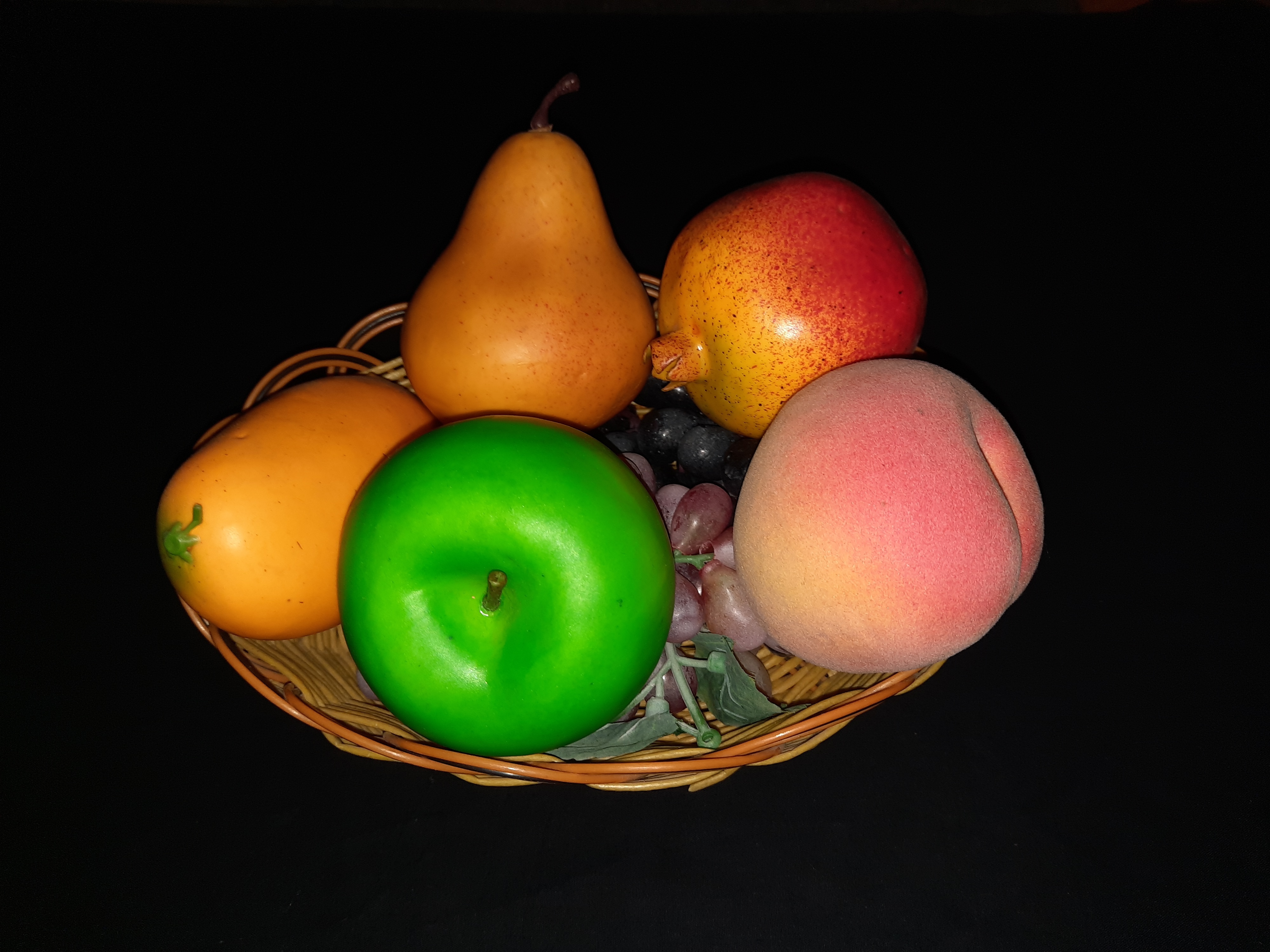 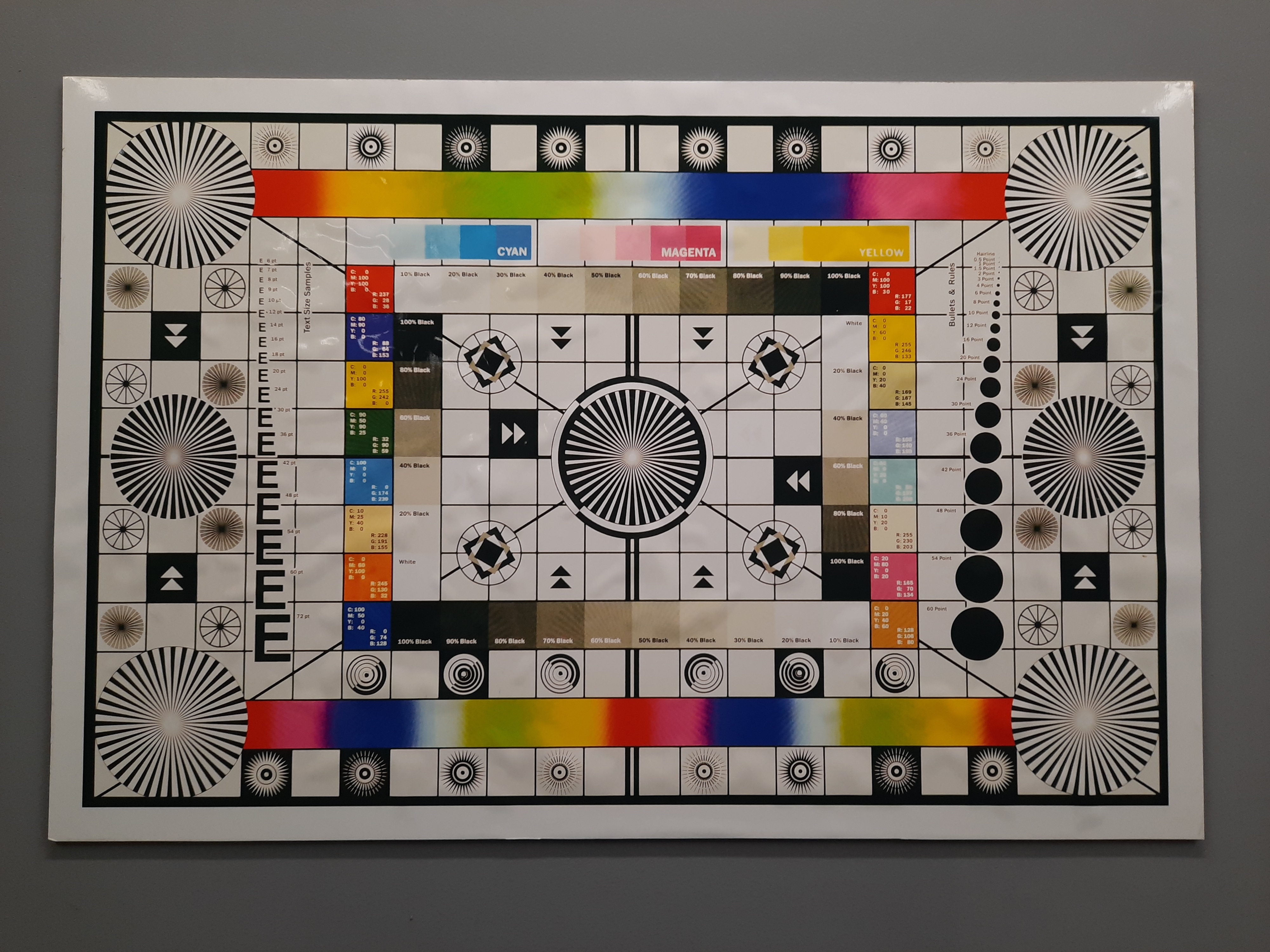 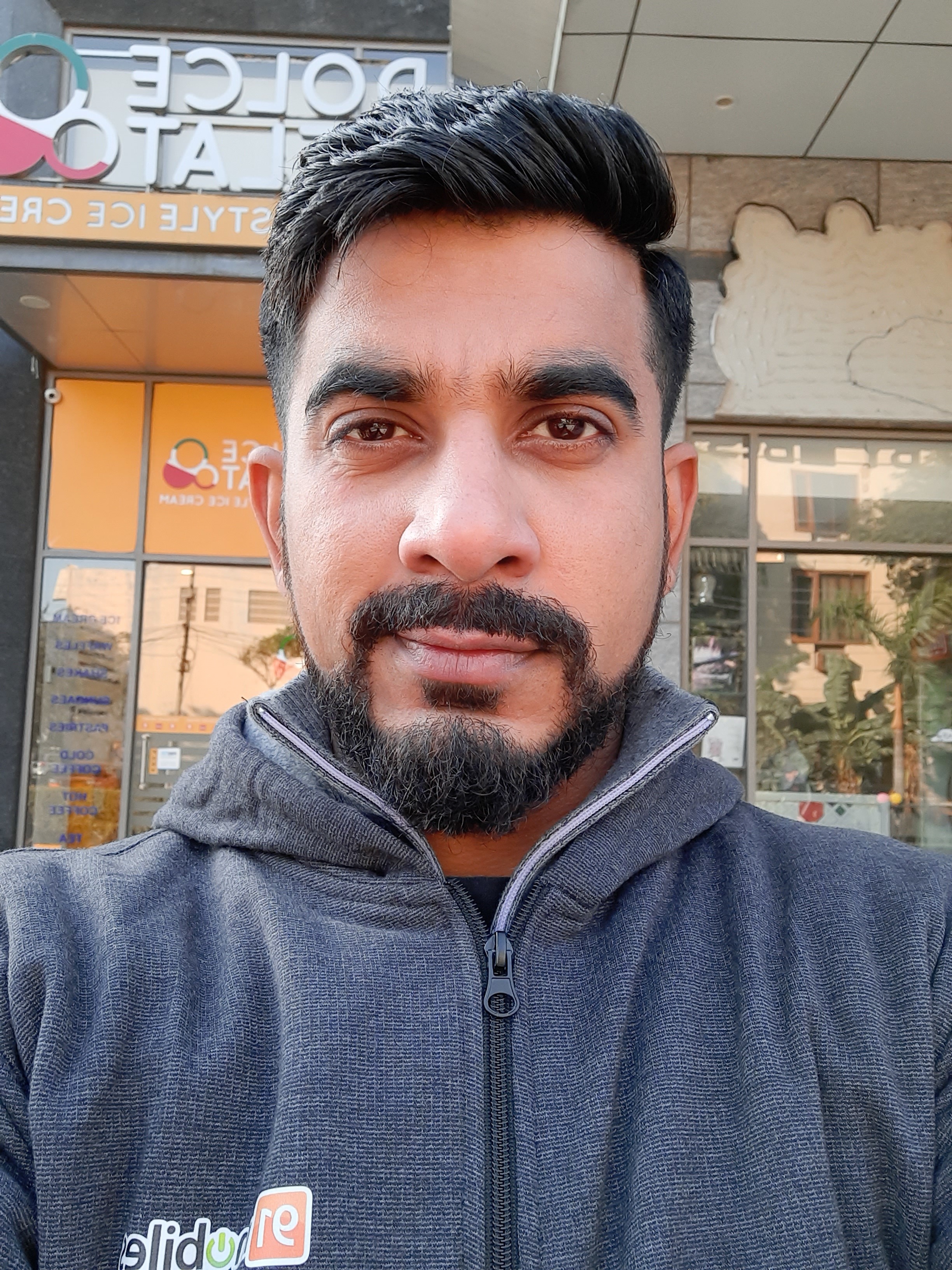 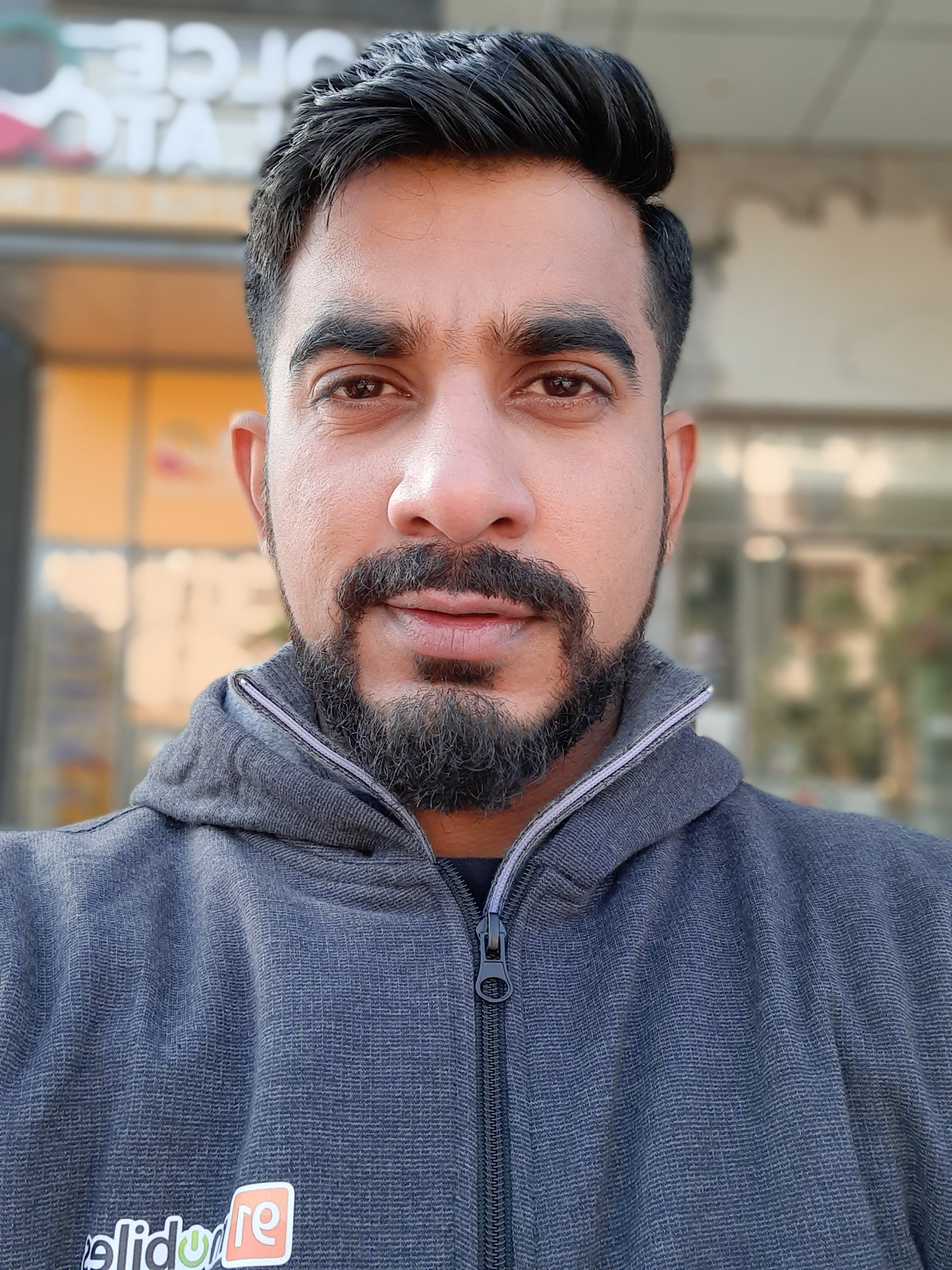 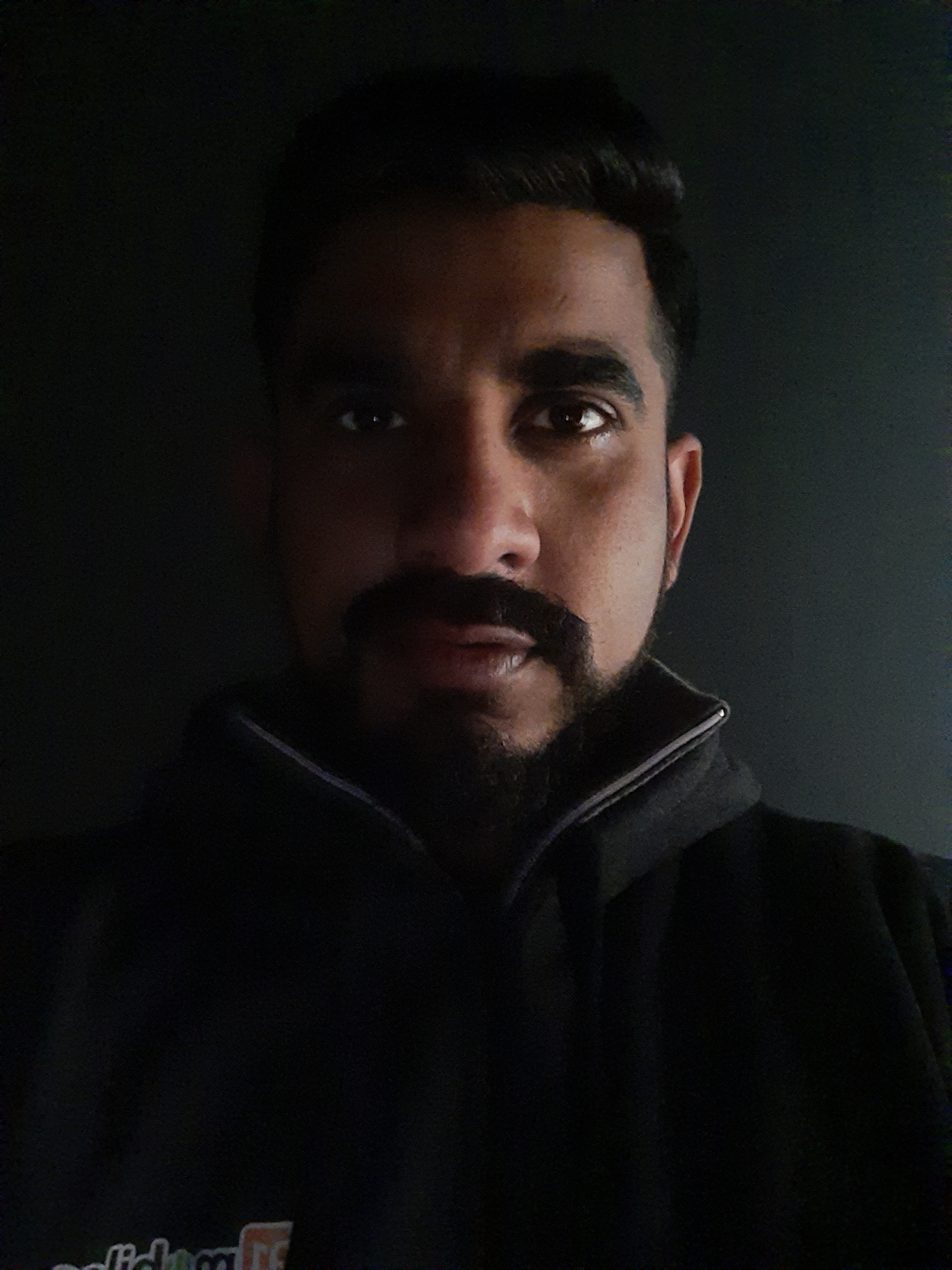 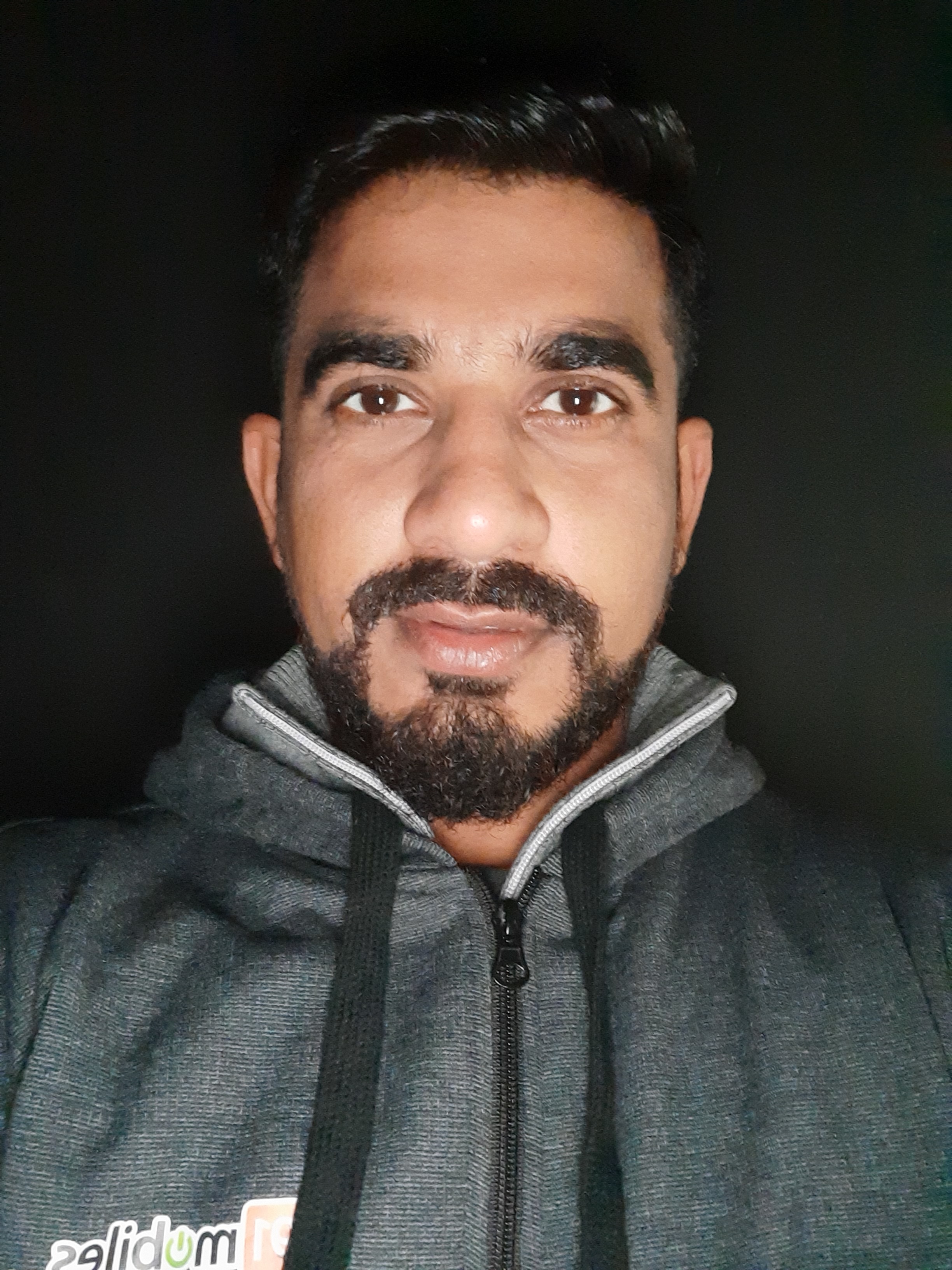