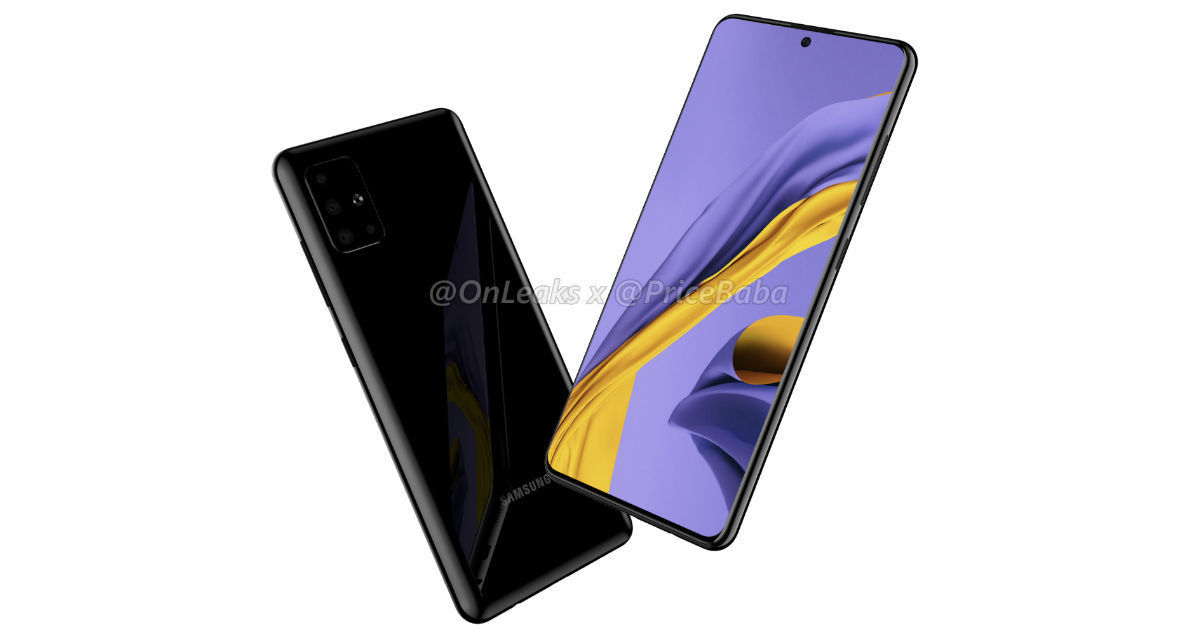 “Samsung Galaxy A51 specifications tipped so far include an AMOLED display, a 48MP primary lens, and a 4,000mAh battery”

The Samsung Galaxy A51 has been reported to be in the works for a while now and is set to launch in December. At this point, we’ve come a good deal about the handset, including the renders showing off its design, Wi-Fi Alliance certification, specifications leak and more. Samsung Galaxy A51 is expected to pack a quad-camera setup at the back and now according to SamMobile report, the handset will pack a dedicated 5MP macro lens that can click subjects up close. This will be aided by a 48MP primary sensor, a 12MP ultra-wide-angle lens, and a 5MP depth sensor for portrait shots. Considering macro lenses are cheaper than telephoto lenses, it is obvious why Samsung picked it for a mid-range phone. Furthermore, it is also speculated the Galaxy A71 will also have a similar setup.

In terms of specifications, Samsung Galaxy A51 is expected to sport a 6.5-inch full-HD+ AMOLED display and is said to be powered by the Exynos 9611 SoC coupled with 4GB RAM and 64GB and 128GB internal storage that should be further expandable via microSD card slot. It is likely to run on Android 10 with One UI 2.0 custom skin overlaid on top. The handset should be available in Black, Blue and other colours with gradient design and polycarbonate build.

As mentioned above, the Samsung Galaxy A51 camera specs are tipped to include a 48MP primary sensor, a 12MP wide-angle lens, a 5-megapixel depth camera for portrait shots, and a 5MP Macro lens. The handset should pack a 32MP snapper on the front in the punch-hole. It is said to measure 158.4 x 73.7 x 7.9mm in size. The Korea certification listing confirmed that a 4,000mAh battery would fuel the handset.