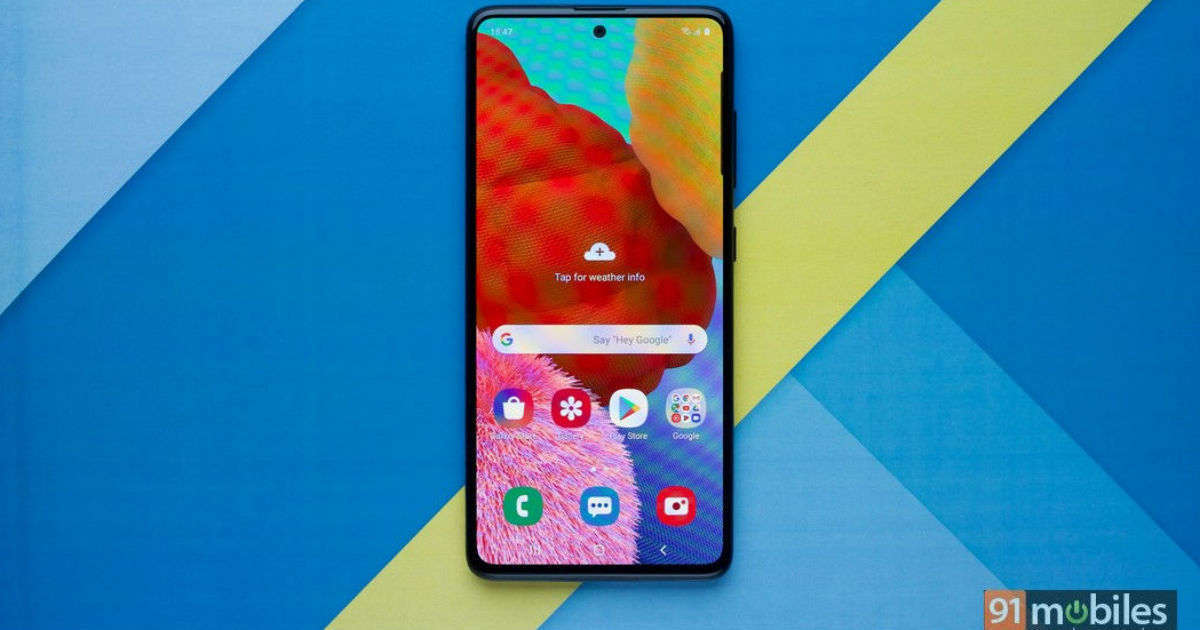 Samsung has announced a temporary price cut on its mid-range offering Samsung Galaxy A51 (review). The company via its official account on Twitter tweeted that the handset can now be purchased at Rs 22,499 for the base 6GB RAM + 128GB storage variant. The scheme is valid until August 15th. That said, the new price tag is yet to reflect in the online marketplace, including Samsung’s official website where the Galaxy A51 is still retailing at its launch price of Rs 23,999, which was later increased to Rs 25,250 due to the new GST rate. The Samsung Galaxy A51 8GB RAM variant, however, is listed on the company’s website at Rs 25,999 – down from its original price of Rs 27,999. The handset comes in Prism Crush Black, Prism Crush White and Prism Crush Blue colour options.

The Samsung Galaxy A51 specifications, to recall, include a 6.5-inch FHD+ Super AMOLED Infinity-O display with an in-display fingerprint scanner. The phone rocks 2.3GHz octa-core Exynos 9611 processor paired with up to 8GB RAM and 128GB storage onboard that is further expandable up to 512GB via a microSD card. The Samsung Galaxy A51 runs on Android 10 with One UI 2.0 on top to take care of the software side of things.

In the camera department, the phone flaunts a quad camera setup at the back, comprising a 48MP primary sensor, a 5MP macro lens, a 12MP ultra-wide-angle lens, and a 5MP depth sensor. Up front, it features a 32MP shooter for selfies and video calling in the punch-hole cutout. The Samsung Galaxy A51 is fueled by a 4,000mAh battery with 15W fast charging support. The handset measures 158.5×73.6×7.9mm and weigh 172 grams.