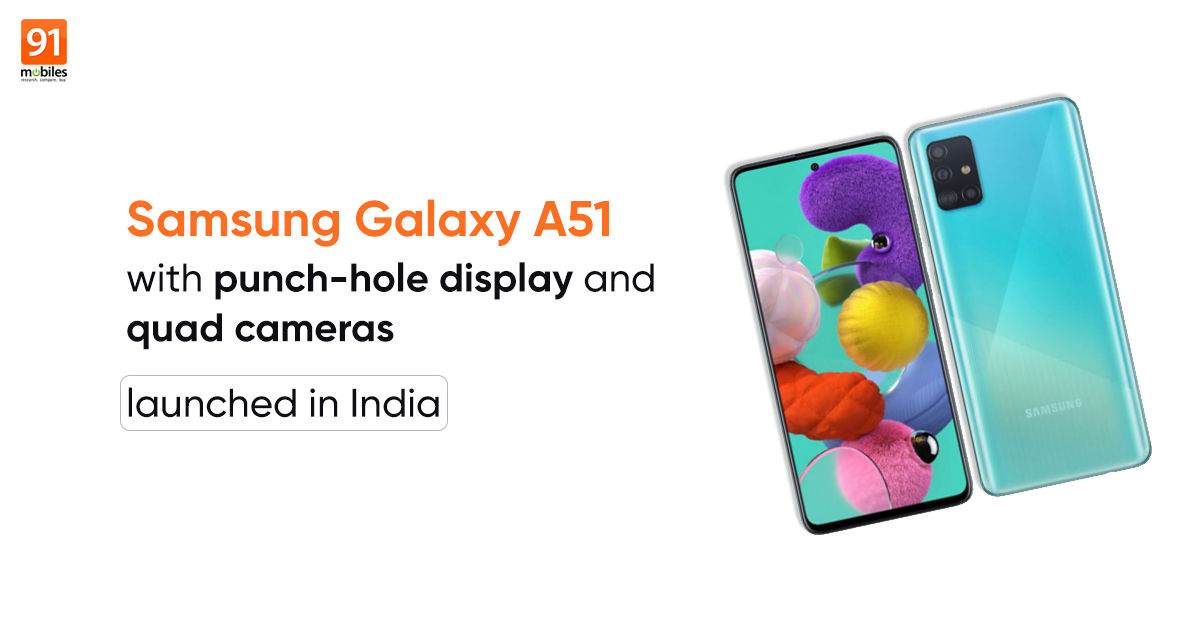 Samsung Galaxy A51 price in India and sale date

Samsung Galaxy A51 price in India starts at Rs 23,999 for the base model with 6GB RAM and 128GB internal storage. The Galaxy A51 price for the 8GB + 128GB variant has not been revealed at the moment. The smartphone comes in Prism Crush Black, White, Blue, and Pink colour options. The smartphone will go on sale starting January 31st via online platforms and offline retail stores across India.

Samsung Galaxy A51 touts a 6.5-inch FHD+ Super AMOLED Infinity-O display with a center-aligned punch-hole cutout. The smartphone is powered by a 2.3GHz octa-core Exynos 9611 processor paired with up to 8GB of RAM and 128GB of internal storage, which is expandable up to 512GB via a microSD card. Samsung Galaxy A51 ships with Android 10 with One UI 2.0 on top.

Samsung Galaxy A51 gets a 48MP quad-camera setup that includes a 48MP high-resolution primary sensor, a 5MP macro lens, a 12MP wide-angle lens, and a 5MP depth sensor. The phone also gets a 32MP selfie camera housed in the punch-hole cutout. The Samsung Galaxy A51 houses a 4,000mAh battery and supports 15W fast charging. The handset measures 158.5×73.6×7.9mm and weighs 172 grams.