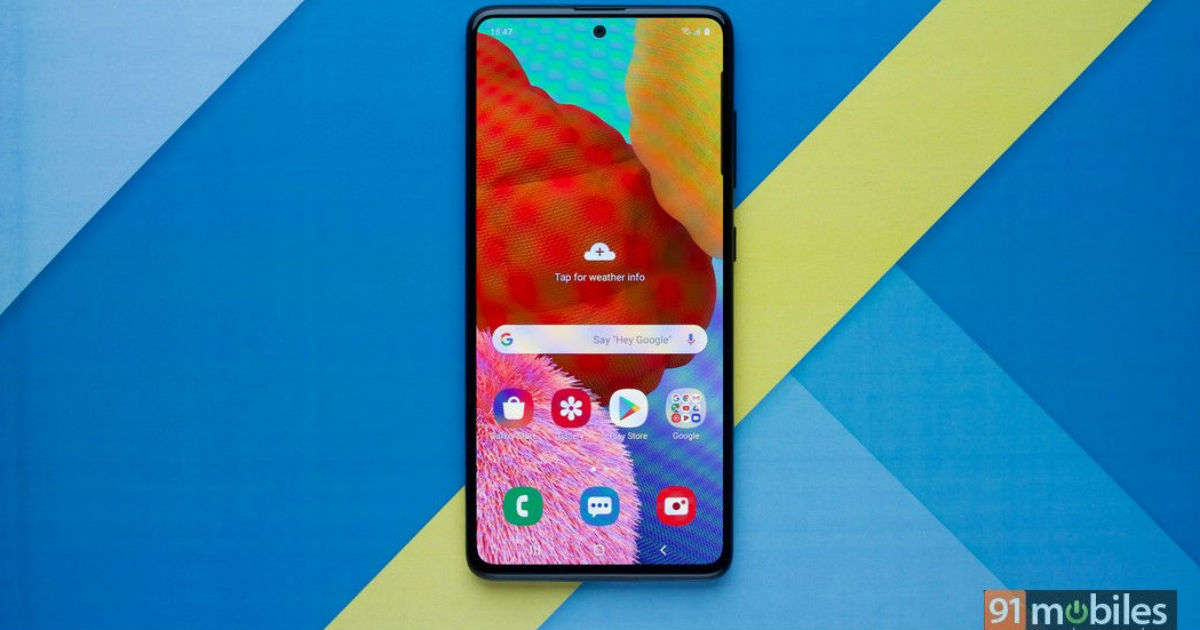 Samsung Galaxy A51 4G LTE version was the best-selling Android phone globally in the first quarter of 2020. The South Korean giant shipped a total of six million units, covering 2.3 percent of all Android phones sold worldwide in Q1. The handset was especially popular in Europe and Asia regions. In fact, four out of six best selling phones in the quarter were from Samsung, according to a report by Strategy Analytics. The closest rival to the Galaxy A51 is Xiaomi’s Redmi 8, which was the second best-selling phone with a 1.9 percent of the market share. Samsung Galaxy S20 Plus came in third with 1.7 percent share and is also the only flagship model in the top-six. 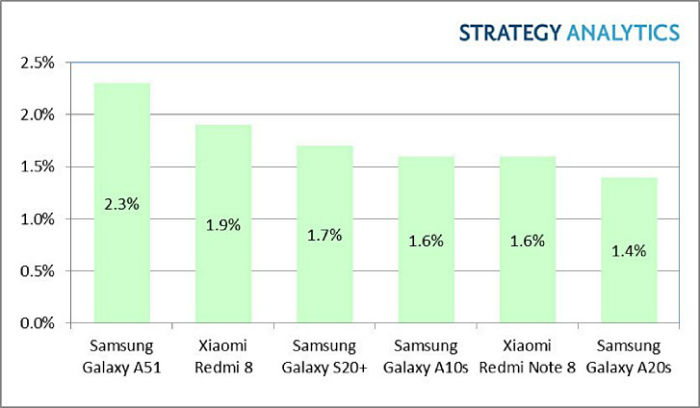 Samsung Galaxy A10s, Redmi Note 8 and Samsung Galaxy A20s were the other best-sellers in Q1 2020 with 1.6 and 1.4 percent share, respectively. Juha Winter, associate director at Strategy Analytics, notes that as mobile operators have reduced subsidies in recent years, and many countries are facing a post-pandemic crisis and consumers globally are inclining towards budget models that offer good performance. Samsung has been strengthening its budget and mid-range segment with value for money hardware, while Xiaomi is popularly known for its aggressive pricing.

To recall the Samsung Galaxy A51 specifications, it sports a 6.5-inch full HD+ Super AMOLED display with 2,400 x 1,080 pixels resolution and a centre-position punch-hole cutout. The phone ships with a 2.3GHz octa-core Exynos 9611 processor coupled with Mali-G72 GPU, 6GB RAM and 128GB storage that is further expandable via microSD card. The Samsung Galaxy A51 features a 48MP primary sensor, a 5MP macro lens, a 12MP wide-angle lens and a 5MP depth sensor. There is a 32MP snapper on the front for selfies. It has an in-display fingerprint sensor, support for Dolby Atmos, a 4,000mAh battery, and 15W fast charging support. The Galaxy A51 price in India currently is Rs 25,250 following the GST rate hike last month.