Samsung Galaxy A51 official press renders have leaked online. As per the leaked images, the upcoming smartphone will feature a rectangular rear camera module with four sensors. On the front, the Galaxy A51 gets a center-aligned punch-hole display. While we’ve already seen renders for the phone, these new leaked images (shown below) look like official press render from Samsung, which means that it confirms the Galaxy A51 design. The renders also show off the colour variants for the phone. The Galaxy A51 colour options will include Black, White, Pink, and Blue gradient finishes. 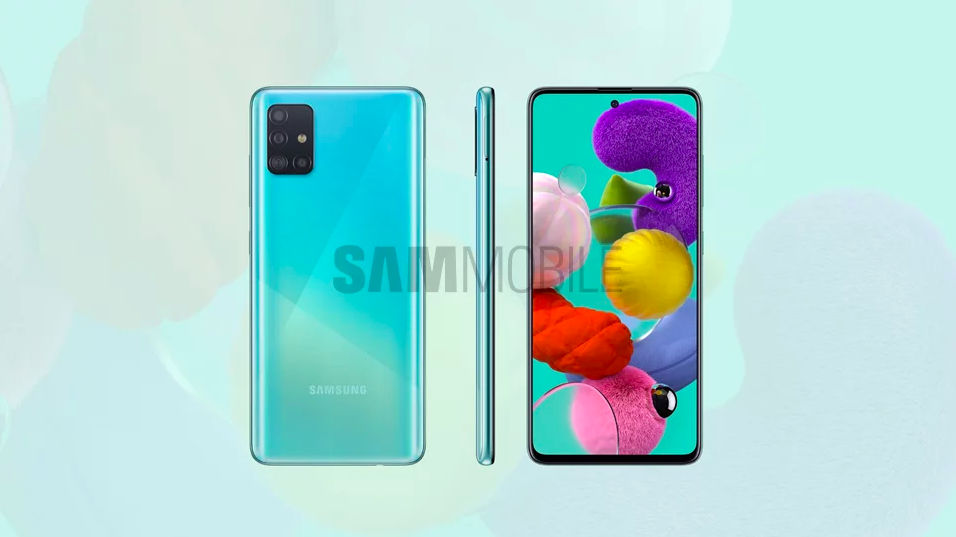 Samsung Galaxy A51 launch date is expected to be December 12th in Vietnam, according to a recent teaser posted by the company. The phone will also use the glass and plastic build that’s found on most current Galaxy A series smartphones. The Galaxy A51 looks to come with a some noticeable upgrades over the predecessor. One of the new design changes with the new A series phones will be the new camera setup at the back. 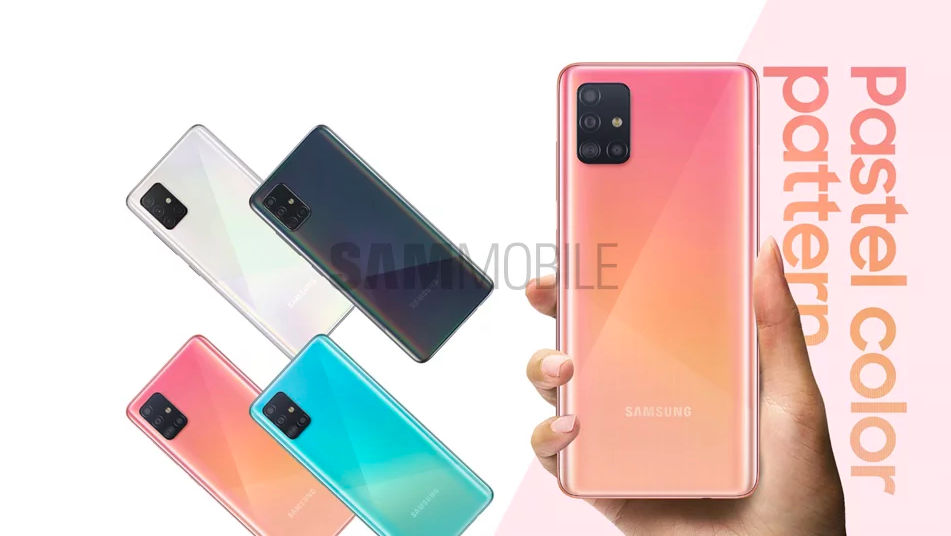 On the Galaxy A51, Samsung has included four sensors in an L-shaped pattern. It is said to include a primary 48-megapixel sensor, a 12-megapixel ultra-wide sensor, a 5-megapixel depth sensor, and another 5-megapixel macro camera. The rest of the Galaxy A51 specifications are also known. It will come with a 6.5-inch FHD+ Super AMOLED display with the centrally located camera cutout, similar to the Galaxy Note 10. An in-display fingerprint scanner will be available as well.

The phone will be powered by the Exynos 9611 processor coupled with up to 6GB RAM and 128GB of storage. A microSD card slot will be available for storage expansion. The device will come with a 4,000mAh battery, which should be enough for a full day’s usage. It will also support 15W fast charging. The front camera is expected to have a resolution of 32-megapixels.