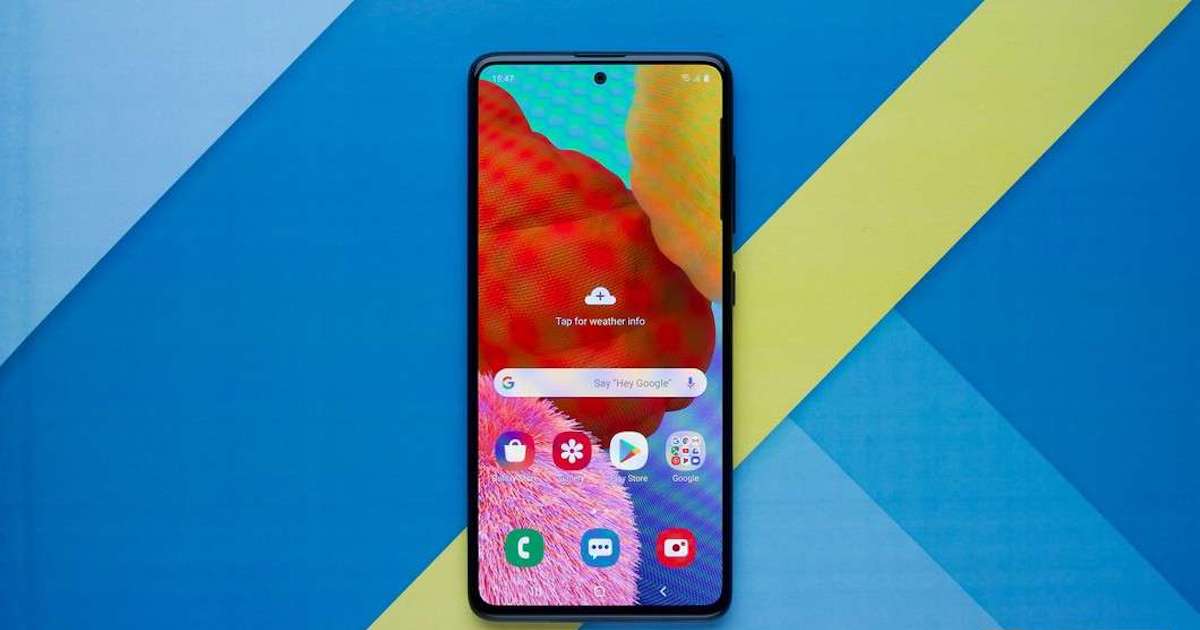 Samsung Galaxy A52 5G specifications have appeared on Geekbench, giving us a better idea of what to expect from the upcoming premium mid-range phone. Samsung has launched a slew of smartphones this year and it seems like the brand has more in store before the year ends. The Samsung Galaxy A52 5G launch date is yet to be revealed but it could arrive in December, much like the Galaxy A51 last year. The upcoming phone has allegedly been spotted on Geekbench with model number SM-A526B and the listing has revealed key specs, including what seems to be the Snapdragon 750G SoC. As per the listing, the handset packs an Adreno 619 GPU, 6GB of RAM, and runs Android 11 out of the box. 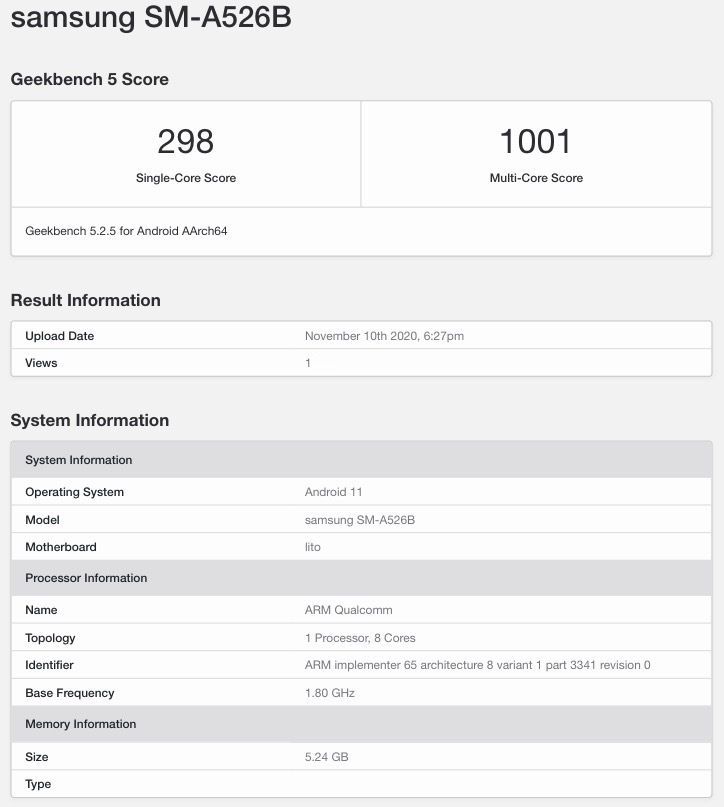 On the Geekbench 5 benchmark, the handset managed to score 298 in the single-core test and 1001 in the multi-core test. As it usually goes with these listings, no further details are currently available regarding the phone. We can expect certain improvements over the Samsung Galaxy A51 with this handset but again, it would be better to stay away from speculating as of now. Notably, this is the first time this handset has made an appearance online, which means you can expect it to pop up at other certification websites and benchmarks, where we would likely get more information regarding the Samsung Galaxy A52 5G specifications.

To recall, the Samsung Galaxy A51 packs a 6.5-inch full HD+ Super AMOLED display. The handset is fuelled by the Exynos 9611 SoC, coupled with Mali-G72 GPU. The handset is available with up to 8GB RAM and 128GB storage, which can further be expanded with a microSD card. Talking about cameras, the Samsung Galaxy A51 comes with a 48MP primary sensor, a 5MP macro lens, a 12MP wide-angle lens, and a 5MP depth sensor. For selfies and video-calling, there’s a 32MP snapper on the front. For security, the handset comes with an in-display fingerprint sensor. To keep the lights on for the phone, the company has included a 4,000mAh battery on the Galaxy A51 that supports 15W fast charging.