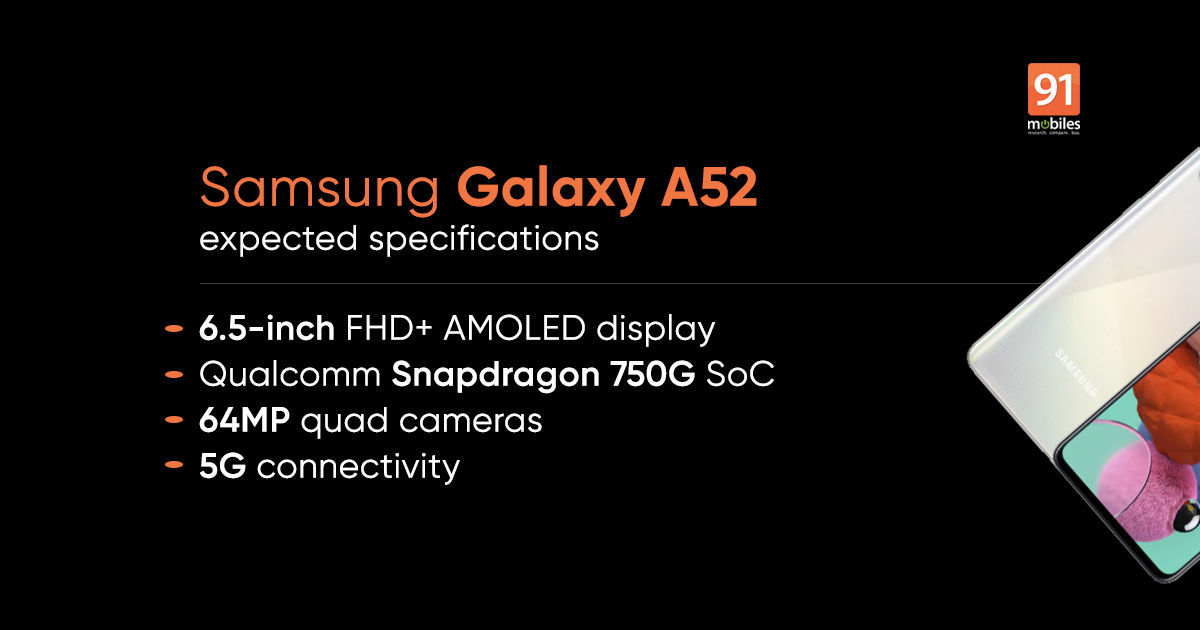 Samsung Galaxy A52 and Galaxy A72 launches are expected in Q1 2021 and they are expected to come with mid-range price tags. Though the launch date remains a mystery, numerous leaks in recent times have revealed quite a good deal about the phones. 91mobiles exclusively revealed that the Galaxy A52 production had begun in India and we also shared panel images as well. Now, as we wait for Galaxy A52 launch, noted tipster Evan Blass aka @eveleaks has shared an official-looking render of the smartphone. The tipster also threw in a Galaxy A72 render as well, and the two phones will look similar, at least from the front. The design is similar to what we’ve seen from earlier leaked renders.

Samsung Galaxy A52 (seen above) has a punch-hole cutout on the front for the selfie camera and slim bezels. The volume rocker and power button are on the right spine, while the fingerprint sensor will most likely be placed under the display. On the back, the phone has a rectangular camera module with quad cameras and an LED flash. The rear camera module has a slight protrusion, so it doesn’t sit flush with the panel. The Samsung Galaxy A52 will be available in at least Black colour, but we expect more options at launch. 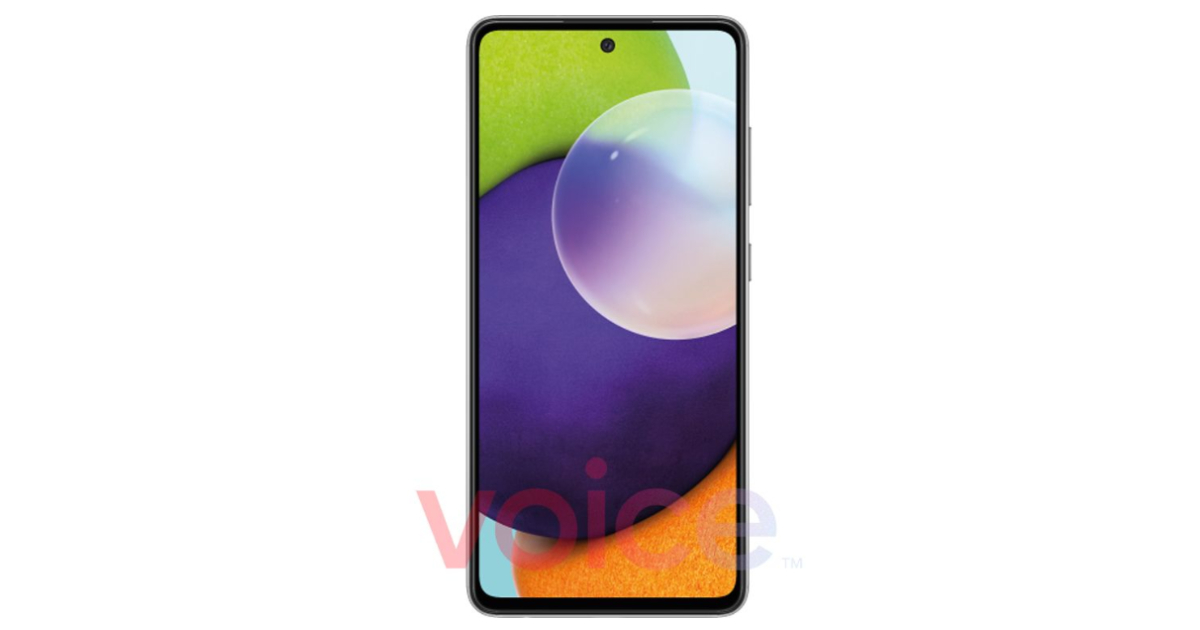 The Samsung Galaxy A72 design seems to be very similar to the Galaxy A52, at least from the front. The phone has a centre-positioned punch-hole cutout for the selfie camera. The volume rocker and power button are on the right. While the rear design isn’t revealed, earlier leaked renders showed a rectangular module with quad cameras similar to the Galaxy A52.

The Samsung Galaxy A52 and Galaxy A72 are expected to be the company’s mid-range offering and should come in both 4G only and 5G variants. We should learn more details about the phones going forward.