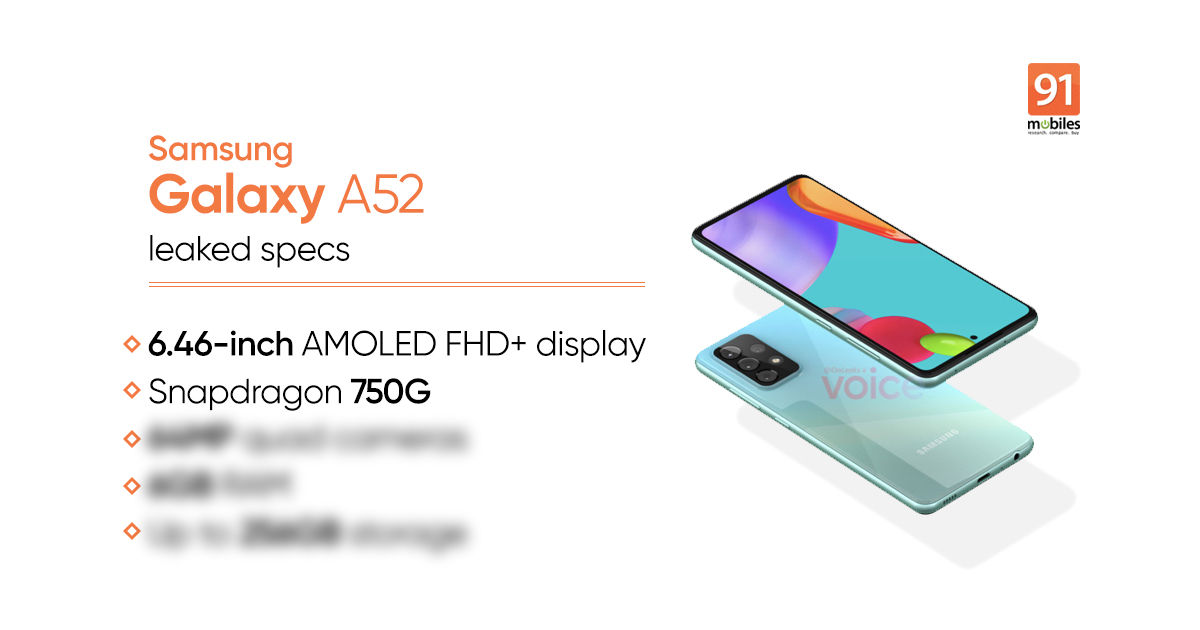 Samsung Galaxy A52 launch could be around the corner going by the magnitude of leaks in recent weeks. The handset’s design has been leaked in renders and the smartphone has appeared on Geekbench as well. Now, the Samsung Galaxy A52 with the model number SM-A5260 seems to be the 5G variant that is rumoured to launch with the Snapdragon 750G chipset. Some key Galaxy A52 5G specs on TENAA include the display size and battery details, among other things. However, the South Korean giant is also said to be readying a 4G model.

Samsung Galaxy A52 specifications on TENAA 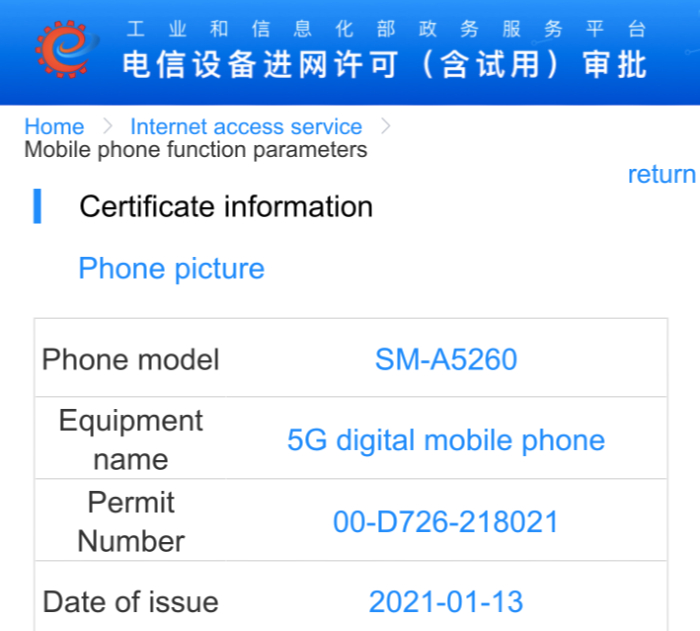 The Samsung Galaxy A52 TENAA listing suggests it will come equipped with a 6.46-inch display, Android 11 OS, and a 4,500mAh battery that may have fast-charging support. The phone measures 159.9 x 75.1 x 8.4 mm. Unfortunately, that’s pretty much everything that is revealed from the TENAA certification. 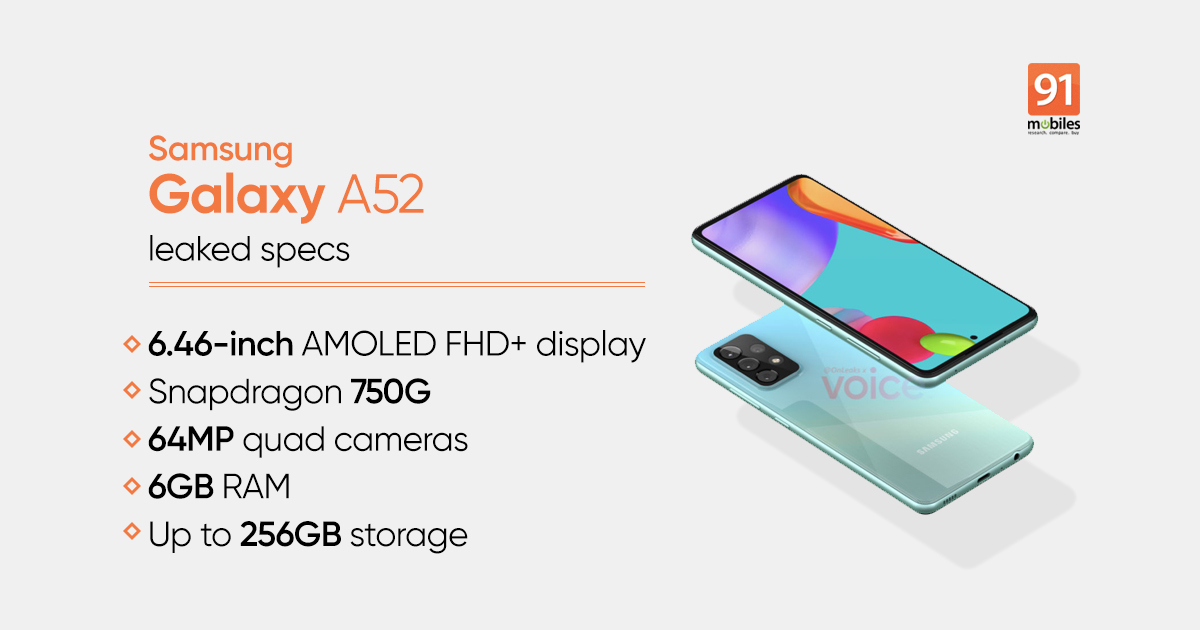 Other Samsung Galaxy A52 specs may include the Qualcomm Snapdragon 720 SoC for the 4G model and Snapdragon 750G for the 5G variant. The phone could pack 6GB RAM for the base model and up to 256GB expandable storage. The Galaxy A52 is said to have quad-cameras at the back with a 64MP primary sensor, probably paired with an ultra-wide-angle lens, a depth sensor, and a macro unit. The centre-positioned punch-hole will house a single selfie camera. The Samsung Galaxy A52 could pack a large battery combined with fast-charging support. Connectivity features could include 5G, 4G LTE, dual-band Wi-Fi, Bluetooth, GPS, and a USB Type-C port.