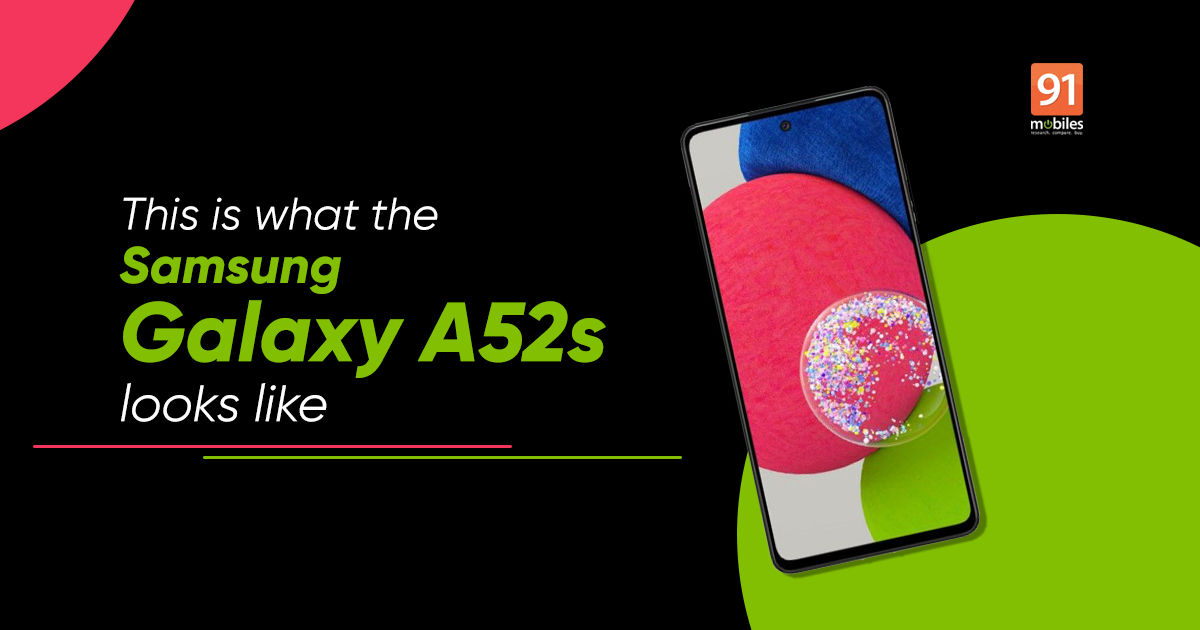 Samsung Galaxy A52s is said to be in the works and 91mobiles had exclusively revealed that the phone will be launching in Europe very soon. Now, while we wait for an announcement, noted industry insider Ishan Agarwal posted the Samsung Galaxy A52s high-resolution renders on Twitter, thereby revealing the entire design in full glory. The leak suggests the Galaxy A52s is almost identical to the standard Galaxy A52 5G but with four colour options. The upcoming phone will come with the Qualcomm Snapdragon 778G SoC in place of the Snapdragon 750 chipset. Unfortunately, the exact launch date of the Galaxy A25s is yet to be revealed but we can expect an official announcement on the same soon. Samsung Galaxy A52s design is almost identical to the Galaxy A52. It has a centre-positioned punch-hole cutout on the front for the selfie snapper and narrow bezels. There is a rectangular module on the back that comprises a quad-camera array and an LED flash. The volume rocker and power button are on the right. While the renders don’t reveal, the speaker grille, USB Type-C port, and primary microphone should be at the bottom. The Samsung Galaxy A52s can be seen in White, Green, Purple, and Black colour options.

The Samsung Galaxy A52s had appeared on Geekbench recently with the model number SM-A528B. The listing showed the phone would come with Android 11 OS that may be skinned with OneUI 3.1 layer and 8GB RAM, but we can speculate there could be other options at launch. The handset is said to be powered by the Qualcomm Snapdragon 778G paired with Adreno 642L GPU. The handset has managed to score 770 points in single-core and 2804 points in the multi-core section, respectively.