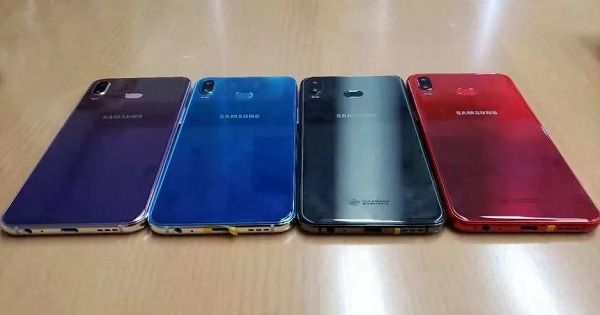 Samsung‘s unannounced Galaxy A6s smartphone has been doing the round of the interwebs quite a bit lately. The soon-to-be-launched alleged mid-range handset was most recently spotted on TENAA along with its specifications and features. Now, live images of the Galaxy A6s have surfaced online, revealing the device in full glory. Notably, the leak is in line with previous reports, and the handset will reportedly come in four shades. 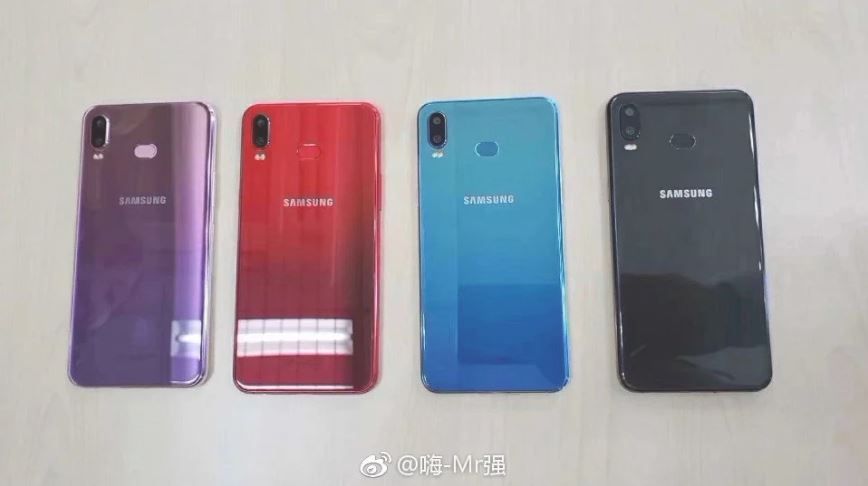 As can be seen in the image (above), the Galaxy A6s will come in black, blue, red and pink colour options. The glossy rear panel of the handset hints that it could flaunt a glass sandwiched design. Moreover, there will be dual cameras and an oblong fingerprint sensor at the back. Moving on, from the front the Galaxy A6s is tipped to feature Samsung’s Infinity display with an aspect ratio of 18.5:9. The device is said to boast of a single front-facing camera on top bezel alongside the earpiece. 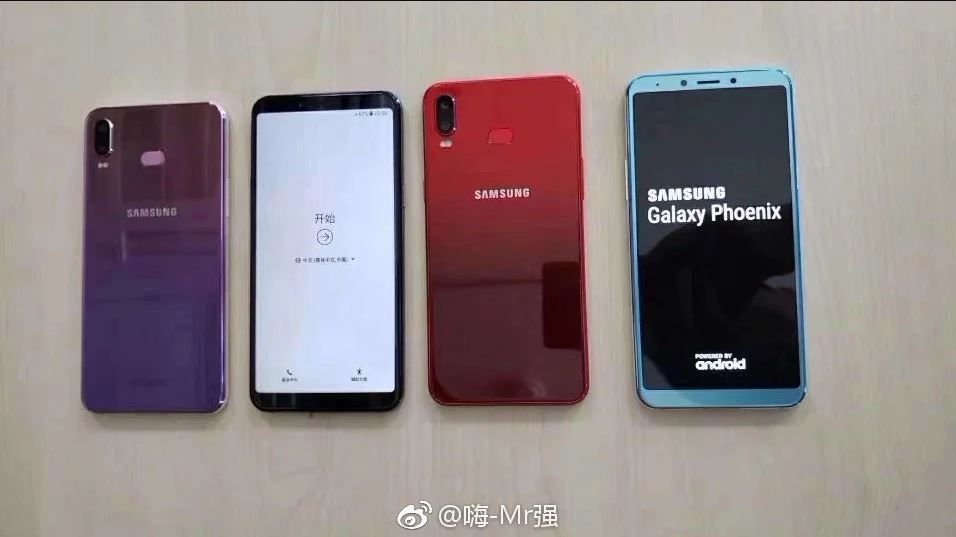 On the bottom edge, the phone is said to sport a 3.5mm audio jack, a charging port (not confirmed if it’s microUSB or Type-C) and an external speaker. Interestingly, one of the images has “Galaxy Phoenix” name mentioned on the boot screen, which could be the codename for the device.

The specifications of the Galaxy A6s are scarce at the moment, but rumours are that it could sport a 5.98-inch display, up to 128GB storage and 6GB of RAM. A 3,300mAh battery is likely to power the device. Samsung is yet to confirm if and when it’s planning to launch the Galaxy A6s; however, as per speculation, it could take place on October 24th.