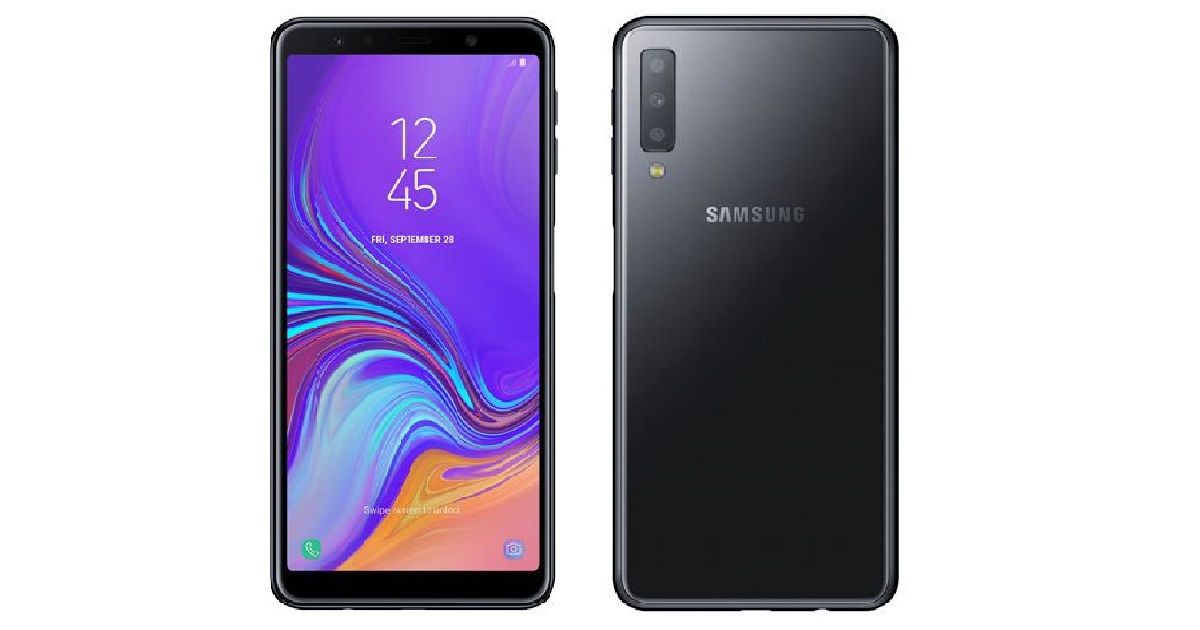 The Galaxy A7 (2018) is expected to be the new mid-range smartphone from Samsung. The handset has been doing the rounds of the internet quite a bit lately. It was recently spotted on a couple of certification sites, including FCC, Bluetooth and Wi-Fi. Now, alleged press renders of the Galaxy A7 (2018) have surfaced on the interwebs, revealing some key details about the handset.

Samsung Galaxy A7 (2018) w/o watermarks (source is https://t.co/HjQy32LjNo, the same retailer that recently put out the specs/pics of the J4+/J6+) pic.twitter.com/g0mvxmnzVB

Straight off the bat, the Galaxy A7 (2018) could feature triple rear cameras, making it the first Samsung device to do so. The setup can be seen vertically-aligned at the top-right corner with LED flash placed underneath. Moving on, the fingerprint sensor seems to have shifted from the rear panel to the right edge, much like the Galaxy J6+ that will launch in India soon. Apart from this, the handset could come with a premium glass-sandwich design with Samsung’s Infinity display. The press renders reveal the device in two shades: black and blue, and a dedicated LED flash at the top bezel placed alongside the front camera, earpiece and proximity sensor. 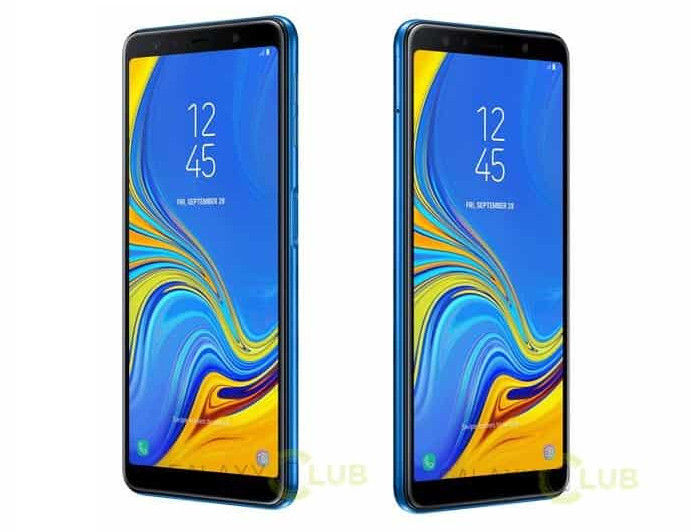 On the specs front, there’s very little we know about the Galaxy A7 (2018). Some early rumours suggest that the handset could have Exynos 7885 SoC lying at its heart. The processor is likely to be paired with 4GB of RAM and 64GB native storage, which can be expandable further via a microSD card.

There is no word as of now about the handset’s display size, camera hardware and battery. Also, Samsung is yet to confirm if and when it’s planning to launch the Galaxy A7 (2018) smartphone. Meanwhile, in related news, Samsung is set to unveil the all-new Galaxy J4+ and Galaxy J6+ smartphones in India shortly. The devices are going to be affordable offerings with 18.5:9 aspect ratio Infinity display and Emotify feature.