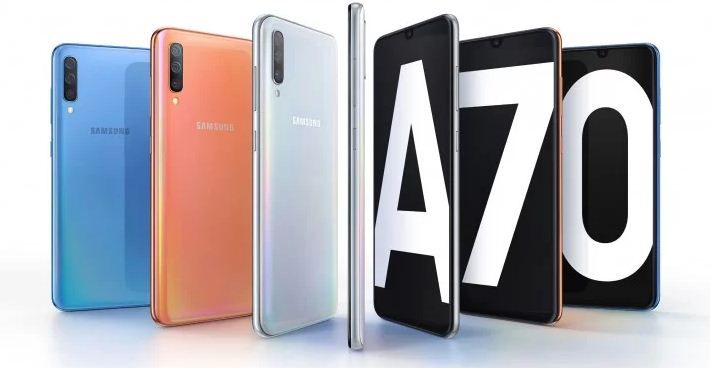 Samsung has launched Galaxy A70 as the latest 2019 Galaxy A series smartphone. The new Galaxy A70 has among the biggest display sizes on a Samsung phone and features an in-display fingerprint sensor, Snapdragon 670 SoC, triple rear cameras, and a big battery with 25W fast-charging. There is, however, no official word yet on the Galaxy A70 price and availability in any of the global markets. This launch comes a fortnight before Samsung launches up to three Galaxy A series smartphones, on April 10th. 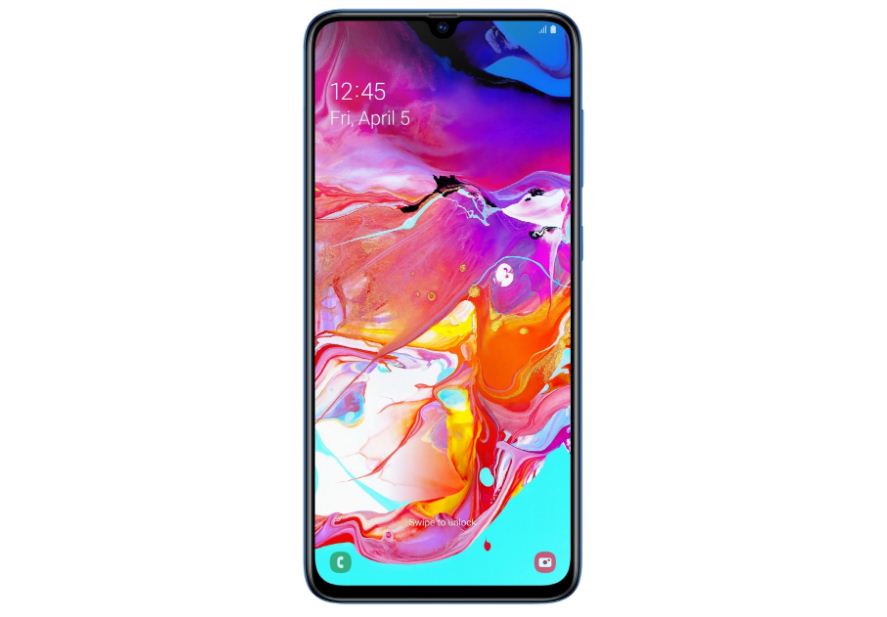 The Samsung Galaxy A70 has the largest display yet in the A series. It flaunts a 6.7-inch Super AMOLED screen with 1,080 x 2,400 pixel resolution and a waterdrop notch. There is an optical in-display fingerprint sensor underneath the display. Like the Galaxy A50, the new Galaxy A70 is made using the same 3D Glasstic material. Under the hood, the smartphone is powered by the octa-core Snapdragon 675 processor. The device runs on One UI based on Android v9.0 (Pie), which comes with a dedicated Night Mode for easy viewing in lowlight conditions. There are two options of RAM, i.e 6GB or 8GB, both with internal storage of 128GB. Moreover, the storage can be expanded via a microSD card.

The Galaxy A70 has three cameras on the back, featuring a 32MP primary sensor, an 8MP ultra-wide sensor, and a 5MP depth sensor. The front camera, housed in the waterdrop notch of the Infinity U display, has resolution of 32MP. The smartphone has a scene optimiser that is able to identify up to 20 scenes and can adjust the camera settings to get the best output. It has a battery with a 4,500mAh cell and 25W fast-charging technology, similar to the Galaxy S10 5G. The new Galaxy A70 is available in four colour options, Coral, Blue, Black, and White.