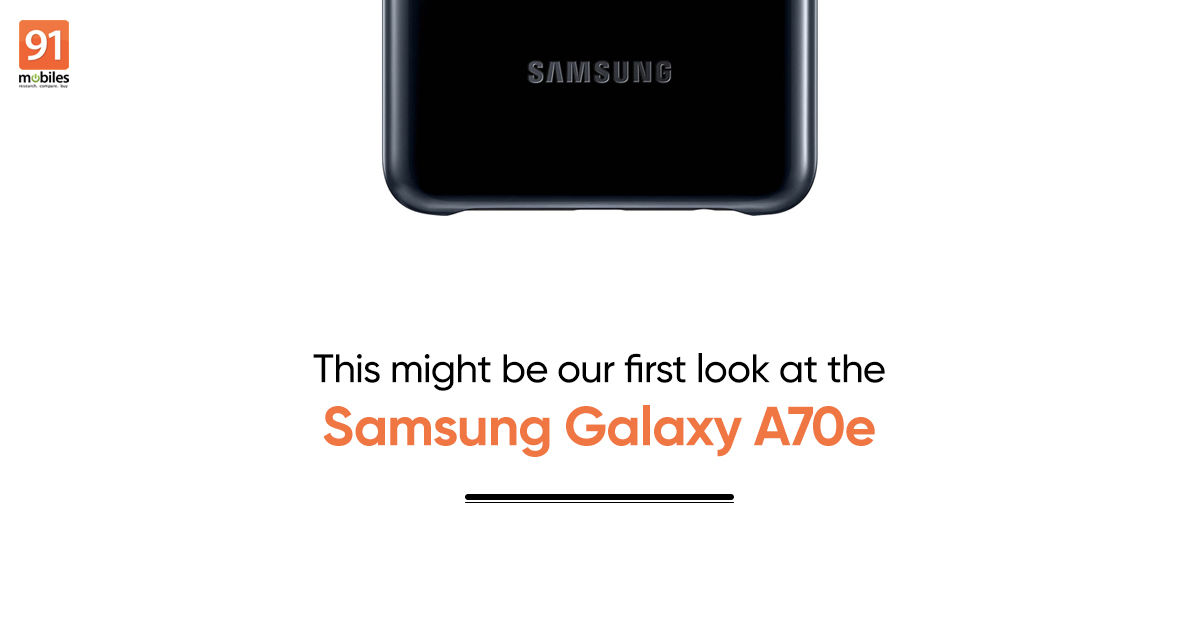 Samsung Galaxy A70e smartphone is reportedly in the works and could be a successor to the Galaxy A71 that was launched recently. Prominent tipster @OnLeaks (in partnership with CompareRaja) has shared CAD-based renders of the Samsung Galaxy A70e. The renders suggest that the handset, with dewdrop notch display and triple rear cameras, could be the watered-down version of the Galaxy A71 that packs a punch-hole display and 64MP quad cameras. 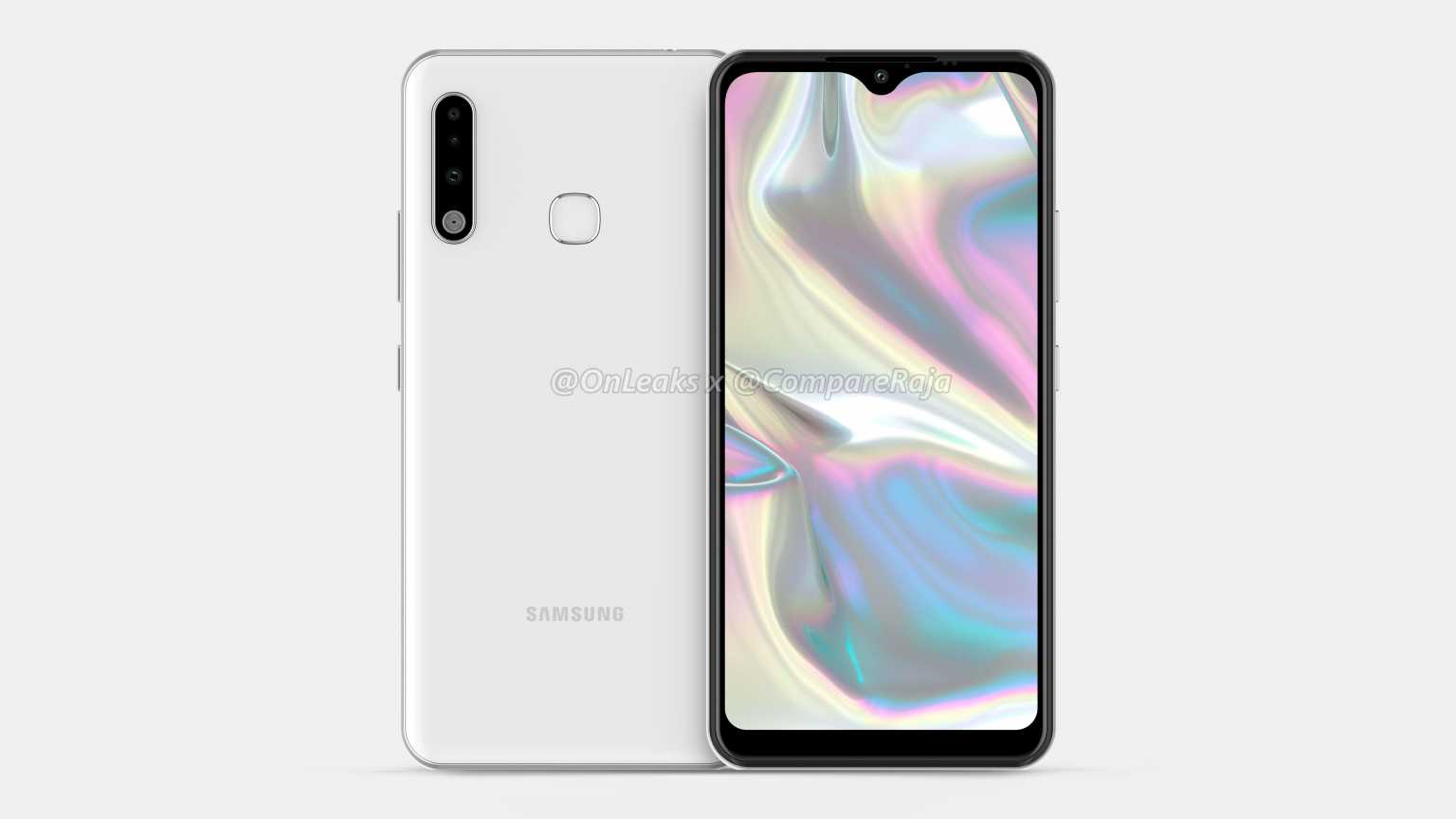 The Samsung Galaxy A70e is tipped to sport a 6.1-inch display that bears thick bezels all around and dewdrop notch atop for the selfie camera. The rear panel of the phone seems to have a glass layer, vertically aligned triple cameras at the top right corner and a fingerprint scanner in the middle. The volume rocker and power button are on the right spine whereas SIM ejector tray in on the left and a 3.5mm headphone jack on the top edge. The bottom edge of the phone holds a micro USB port for charging and speaker grille. The A71e is said to come in black and white colour variants when it launches. 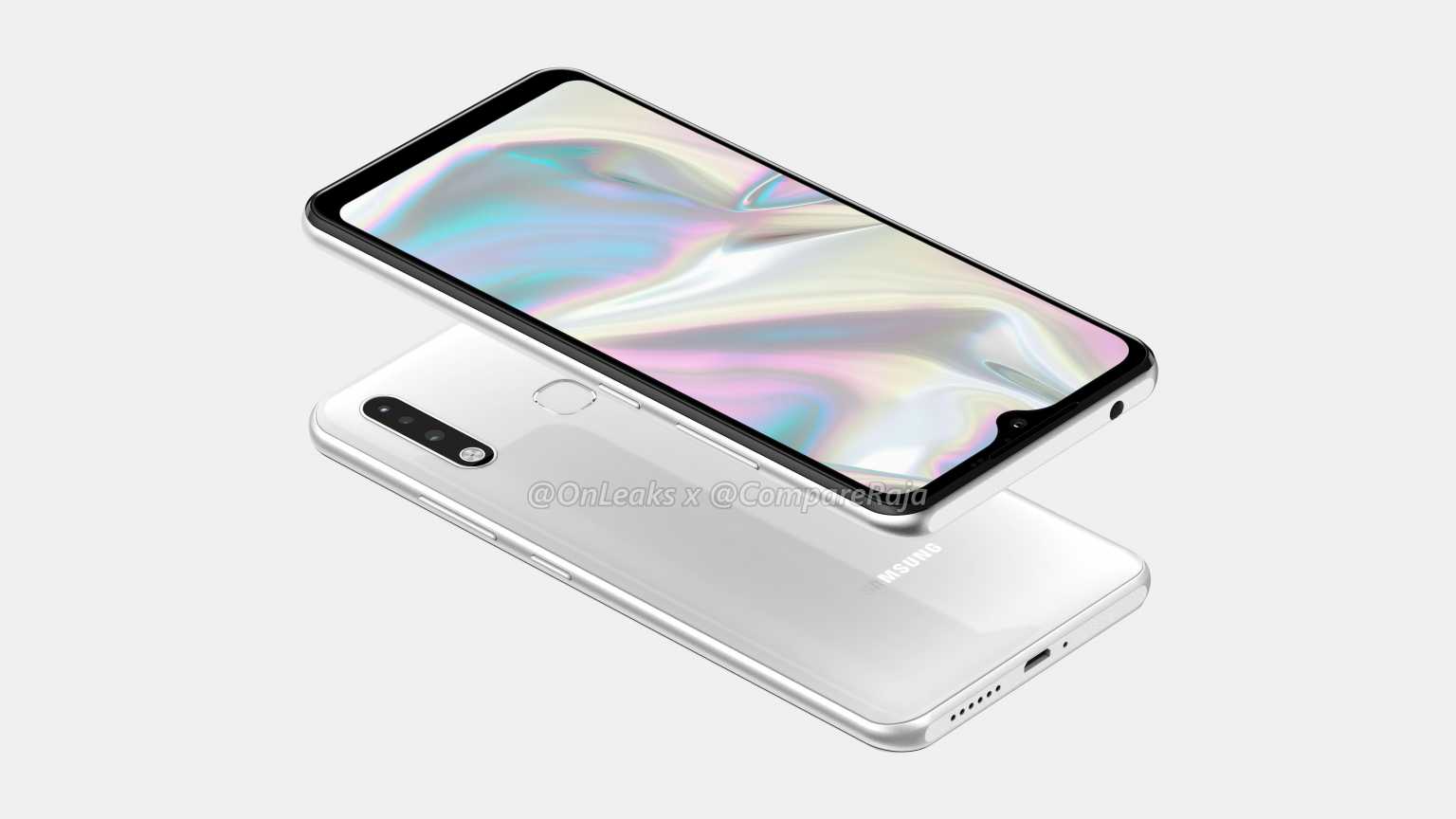 Samsung Galaxy A70e specifications largely remain unknown at the moment, but they are likely to be downgraded from Samsung Galaxy A71 given the “e” attached to the moniker. To recall, the Galaxy A71 sports a 6.7-inch FHD+ Super AMOLED Infinity-O display. It is powered by a 2.2GHz octa-core processor paired with 6GB and 8GB of RAM with 128GB of internal storage with support for storage expandability. For photography, the handset rocks quad-camera setup that includes a 64MP primary sensor, 5MP depth sensor, 5MP macro lens and a 12MP wide-angle lens. On the front, the smartphone gets a 32MP selfie camera. The Galaxy A71 houses a 4,500mAh battery with support for 25W fast charging. Like the Galaxy A51, the Galaxy A71 also runs on Android 10 with One UI 2.0 on top.