Samsung Galaxy A70s India launch isn’t far off if an official poster from the brand is to be believed. 91mobiles has exclusively managed to get hold of a poster from the brand’s official store in India. And since the A70s is mentioned alongside the A30s and A50s (first impressions) — which have just been launched in India — there’s no reason for us to doubt its veracity. Sadly, the poster doesn’t provide any other details about the Galaxy A70s specs. It’s also unclear if the poster is having images of the A30s and A50s, as both of them have triple rear cameras and a unique pattern on the back, or whether the Samsung Galaxy A70s looks similar to them. 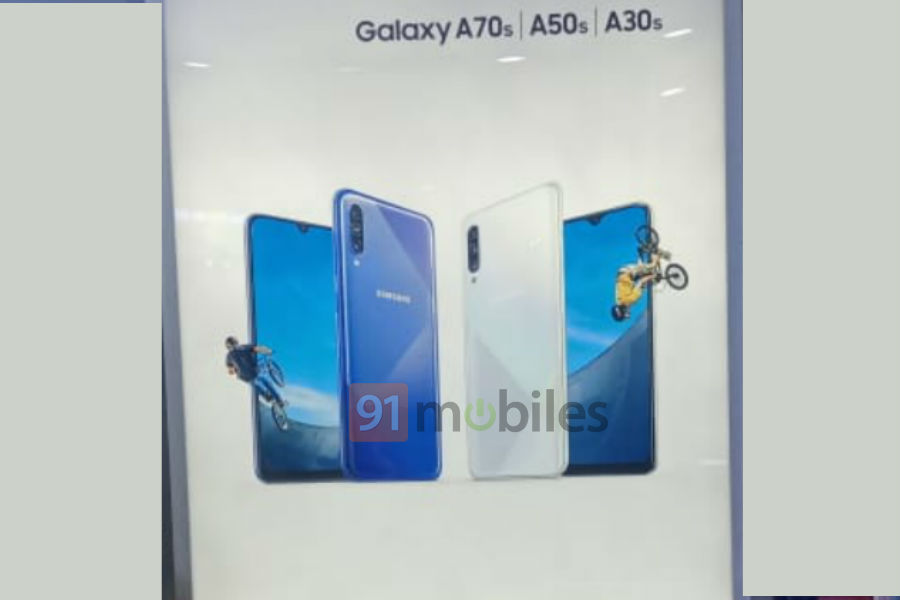 If we talk about previous A70s leaks, however, it’s expected to be Samsung’s first smartphone with a 64MP rear camera. According to the phone’s alleged listing on Geekbench, it’ll come powered by the Qualcomm Snapdragon 675 octa-core processor, which works in tandem with 6GB RAM. It’s said to ship with Android 9.0 Pie with the proprietary OneUI layer on top.

It also remains to be seen when exactly Samsung Galaxy A70s India launch will take place, though the poster suggests that we might see it within the month of September itself. We’ve just started seeing phones with 64MP cameras, with the Realme XT launch in India scheduled for tomorrow, so it’d be interesting to see how the Korean giant’s 64MP-toting phone is priced in the country. To recall, the Galaxy A70s will be a minor update to the Galaxy A70 (review), which was priced at Rs 28,990 at the time of its launch.

~with inputs from Mukesh Singh