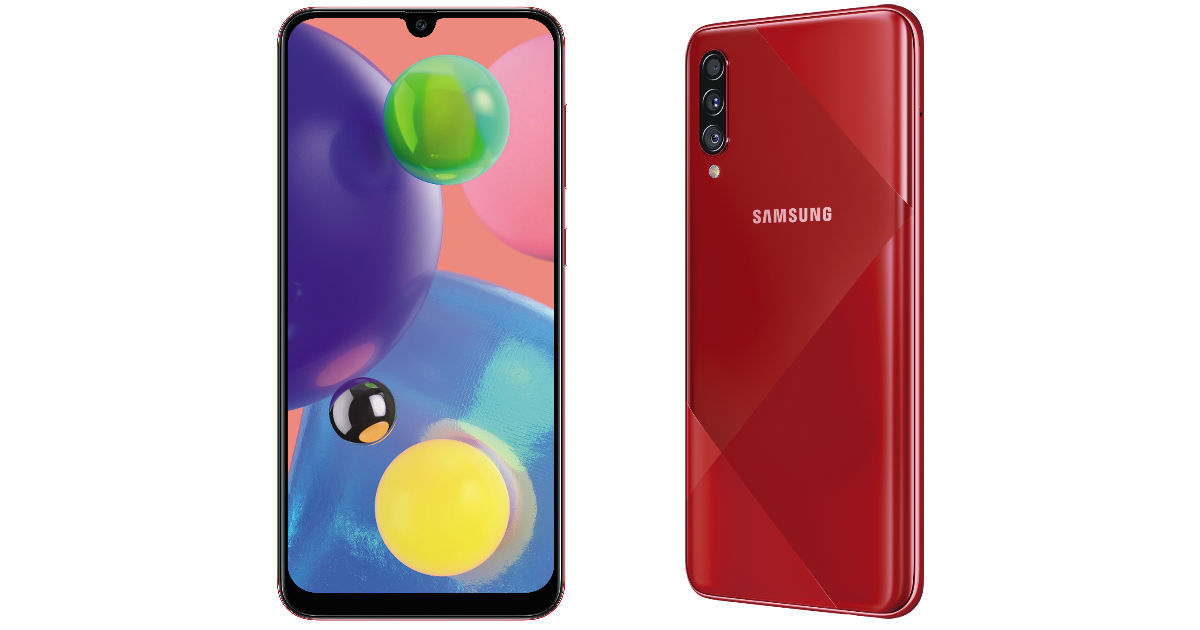 The Samsung Galaxy A70s smartphone has gone official in India as the company’s first smartphone with a 64-megapixel rear camera. The handset has been in the rumour mill for quite some time, and it’s made its global debut today. The Galaxy A70s has the same core specs as the Galaxy A70 smartphone from earlier this year. The only major difference in the Galaxy A70s is that it houses Samsung’s 64MP ISOCELL Bright sensor instead of 32-megapixel as the primary shooter. Under its hood lies Qualcomm’s Snapdragon 675 SoC, and a beefy battery with 25W fast charging support. On the front, the A70s flaunts an edge-to-edge Super AMOLED Infinity-U panel.

The Galaxy A70s boots Samsung’s OneUI atop the Android 9 Pie out of the box. The handset ships with 6.7-inch Infinity-U Super AMOLED display with full HD+ resolution (1,080 x 2,400 pixels) and an in-display fingerprint scanner. The handset’s Snapdragon 675 SoC is paired with 6GB / 8GB of RAM and 128GB user-expandable storage (up to 512GB). For photography, the Galaxy A70s houses a 64-megapixel f/1.8 lens + 5-megapixel depth sensor + 8-megapixel ultra-wide camera accompanied by an LED flash on the rear. The cameras come with Night mode, 123-degree viewing angle, Live Focus, and ability to shoot videos at 4K Ultra HD.

The front camera of the phone features a 32-megapixel unit with f/2.0 aperture for selfies and video calling. The Galaxy A70s is driven by a 4,500mAh battery with 25W fast charging support. Lastly, the handset is also equipped with Dolby Atmos to provide a 360-degree surround sound experience.