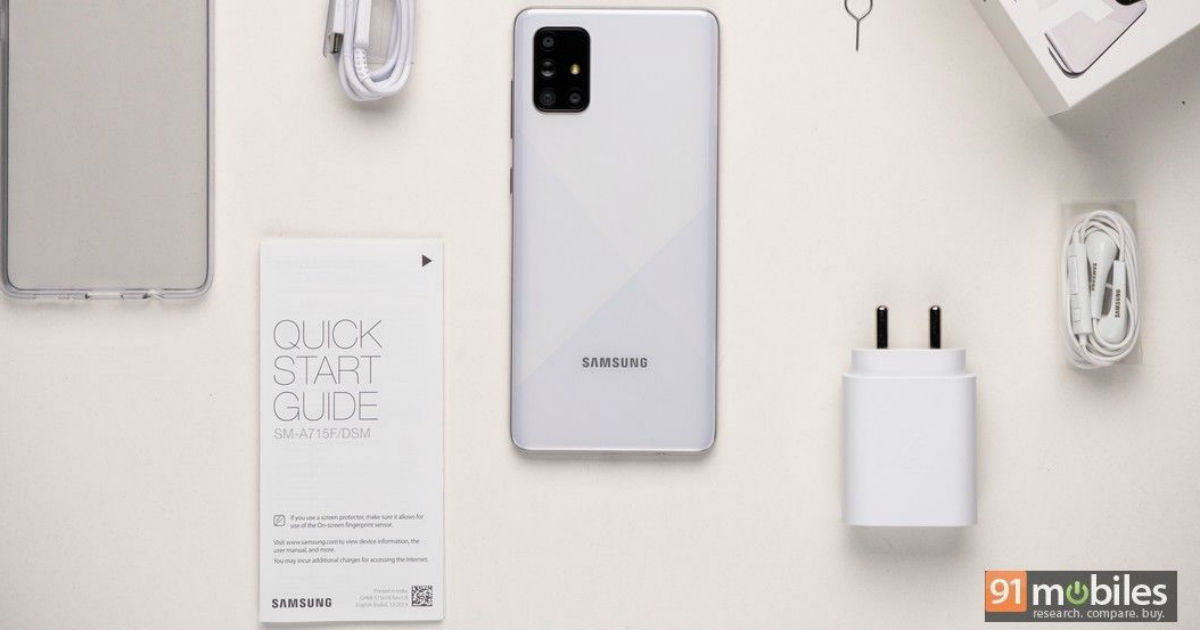 “The Samsung Galaxy A71 5G will reportedly be powered by the Exynos 980 SoC, and should only be launched in a select few markets.”

Samsung Galaxy A71 was launched recently in India, but only in its 4G avatar. Now, the company is reportedly set to launch the 5G variant of the Galaxy A71, which bears model number SM-A7160. The device recently cropped up on the Wi-Fi Alliance certification database, and more recently, even appeared on the Bluetooth SIG database. This confirmed the production name of the device. The same device has now also been spotted on the Geekbench benchmark database, leading to the revelation of certain specifications of the device, and how it may differ from its LTE-only sibling.

The Samsung Galaxy A71 5G appears to be powered by Samsung’s own chipset, the Exynos 980. This is paired with 8GB of RAM, and the device obviously runs on Android 10 with Samsung’s One UI 2.0 custom interface on top. The Bluetooth certification further revealed that the Galaxy A71 5G will feature Bluetooth 5.0, which has also become increasingly commonplace. Along with the chipset, Samsung may also choose to offer a larger battery pack with the Galaxy A71 5G, particularly since 5G is known to consume more power, at least as of now.

The standard version of the Samsung Galaxy A71 was powered by the Qualcomm Snapdragon 730 SoC, coupled with 8GB of RAM and 128GB native storage. It featured a 6.7-inch Super AMOLED display with full-HD+ screen resolution, with the Infinity-O display cutout to house a 32-megapixel front camera sensor. The display size should remain the same for both the 5G and LTE variants, and so should the overall design. Being a new generation Samsung smartphone, the Galaxy A71 also features the rectangular camera bump on the rear, which houses a quad camera setup.

To the rear, the Galaxy A71 featured a 64-megapixel primary unit, a 12-megapixel wide-angle unit, a 5-megapixel macro unit, and another 5-megapixel depth-sensing unit. Like the display size, resolution and panel, the rear camera setup should also remain the same for both the LTE and 5G variants of the Galaxy A71, which featured 23W fast charging as well. Given that the Galaxy A71 5G is now turning up on all certification pages, its official launch should take place within the coming few months.