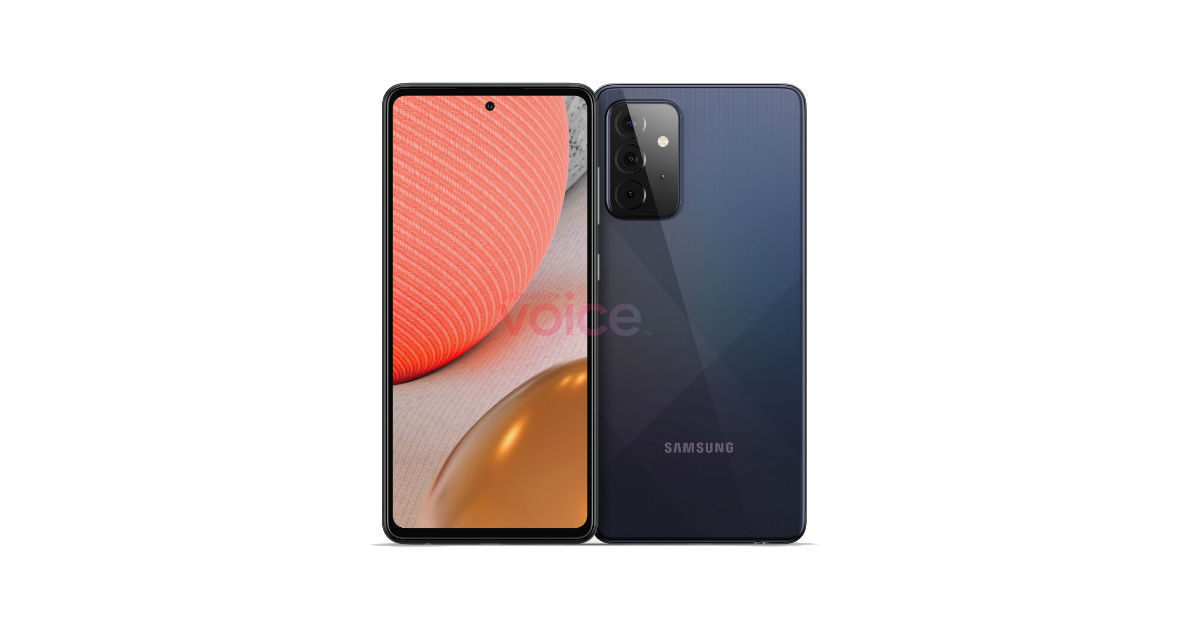 Samsung Galaxy A72, Galaxy A52, and Galaxy A32 4G smartphones are in the works with 5G chip inside, but markets like India may get the 4G-only variants (at least until the Jio 5G network is launched). Now, the Samsung Galaxy A72 4G has appeared on Geekbench with the model number SM-A725F. This comes just days after the Galaxy A52 was spotted on the benchmarking platform. The Galaxy A72 has managed to score 526 points in the single-core and 1623 in the multi-core segment. The listing shows the Samsung Galaxy A72 specifications will include 8GB RAM and Android 11 OS, likely skinned with OneUI. The motherboard section has “atoll” codename, which is associated with the Qualcomm Snapdragon 720G chipset. 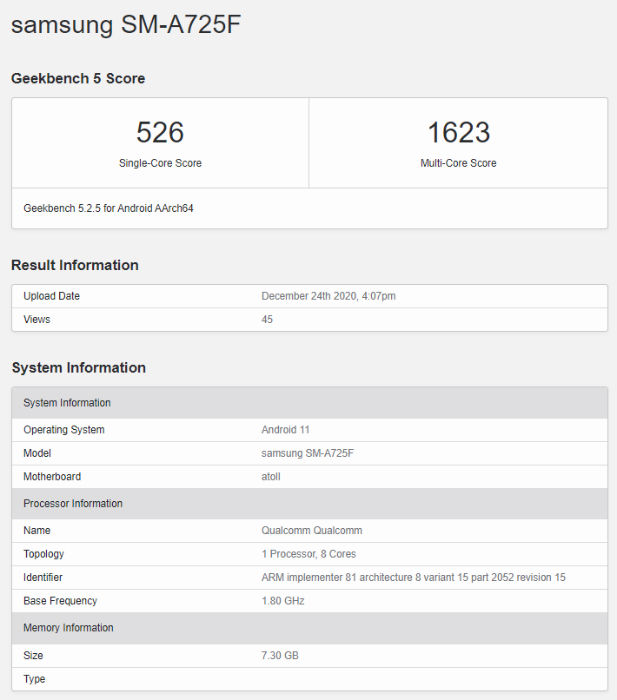 The Samsung Galaxy A72 5G and 4G variants may have the exact same design and internals except for the chipset. The handset is expected to come with a centre-positioned punch-hole cutout for the selfie camera, a rectangular camera module at the back with four sensors, and probably an in-display fingerprint sensor for security. The volume rocker and power button are on the right. The USB Type-C port, 3.5mm audio jack and speaker grille could be at the bottom.