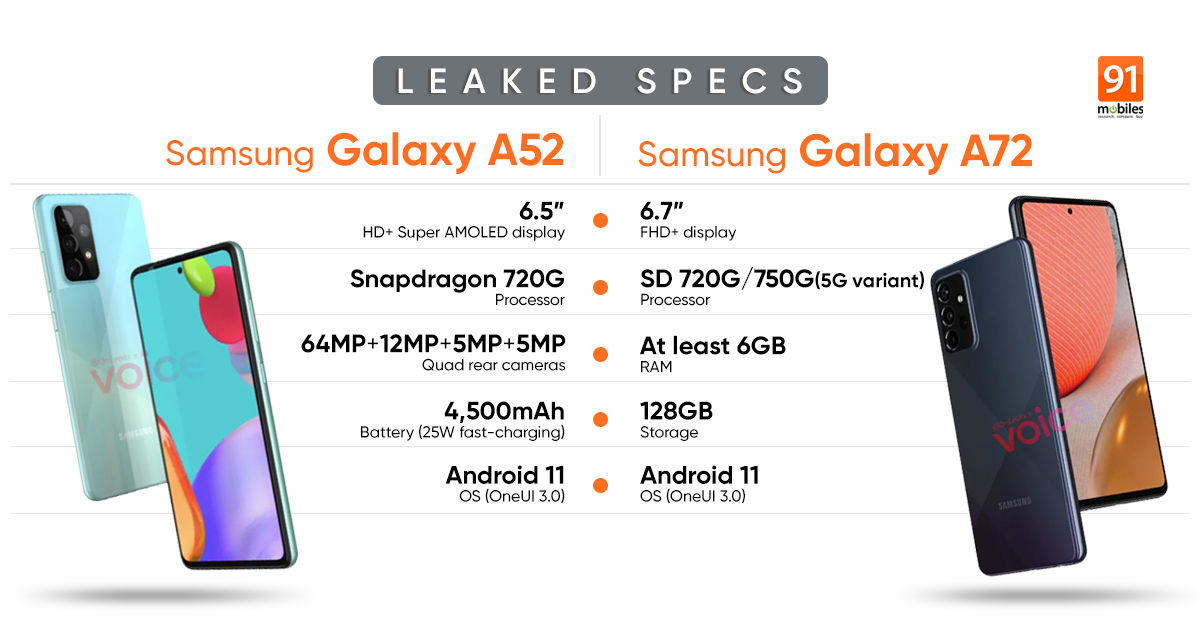 Samsung Galaxy A52 and Samsung Galaxy A72 are the company’s upcoming premium mid-range handsets. Though we’ve come across various leaks detailing their designs and some specifications, their launch dates remain a mystery. Now, it looks like there’s still some room left for more Samsung Galaxy A52 and Galaxy A72 leaks before they’re announced. According to SamMobile citing sources, both the handsets will feature a 90Hz display, which is a first in the Galaxy A series. Meanwhile, the Galaxy A52 5G variant will have a 120Hz display similar to flagships in the Galaxy S series. The difference is probably because the 5G model will have a more powerful Snapdragon 750G SoC. 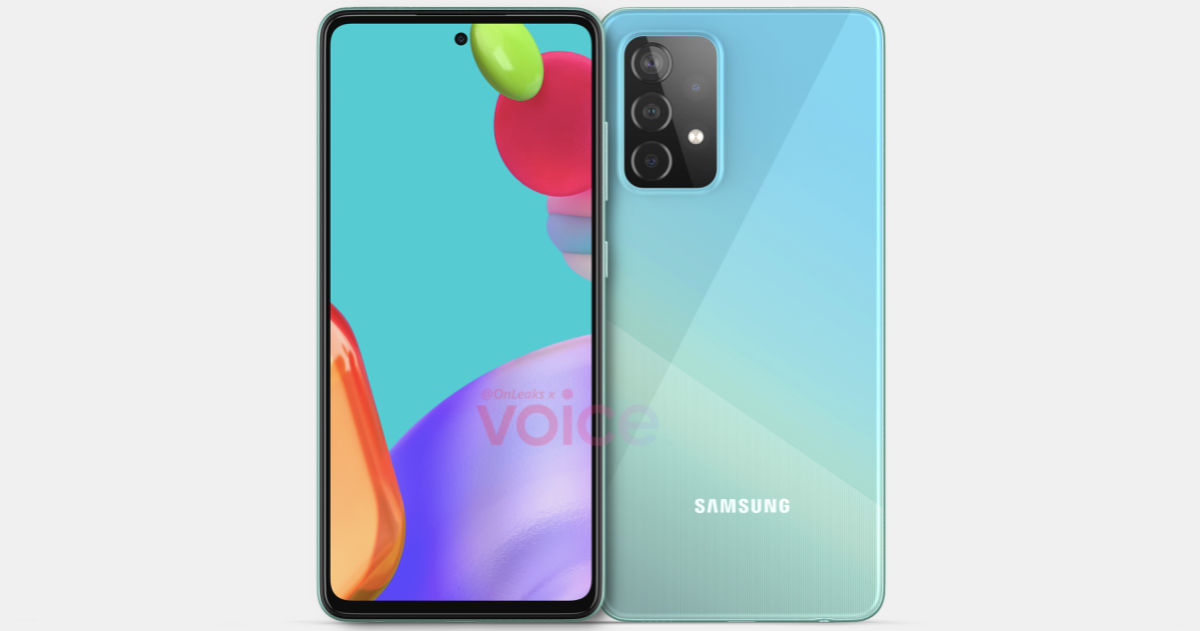 Samsung Galaxy A52 and Galaxy A72 specifications

As for the Samsung Galaxy A72 specifications, the phone is said to sport a 6.7-inch FHD+ display. The 4G variant is said to come with Snapdragon 720G SoC, while the 5G could come with Snapdragon 750G coupled with at least 6GB RAM and 128GB internal storage that could be further expandable. As for the cameras, the Galaxy A72 is said to have a similar rear camera setup as the A72. It is likely to boot Android 11 OS with OneUI 3.0 custom skin on top. However, details regarding the front camera, battery, and others remain under wraps, for now.