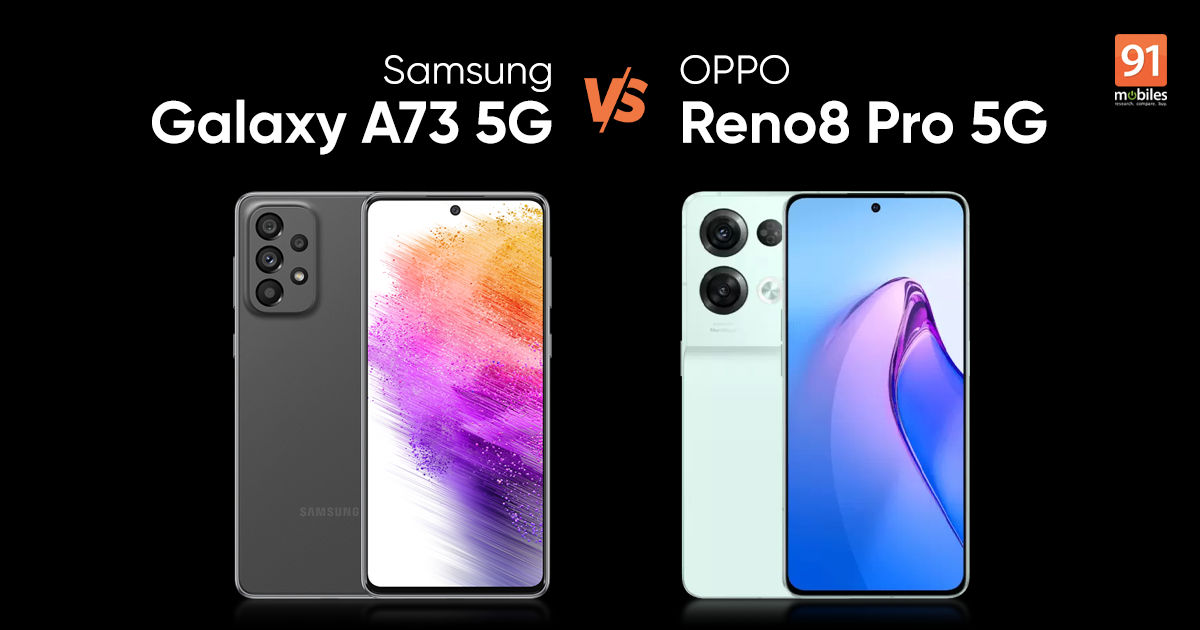 The OPPO Reno8 Pro 5G launched recently, and as we usually do, we decided to compare it with the current reigning champion in the price segment – Samsung Galaxy A73 5G. The Samsung handset is already a popular choice among smartphone buyers, primarily because of its beefy specs, and a whopping 108MP camera. So, which phone is the right pick? Let’s battle it out, one-on-one, in all departments. So, without any further delay, let’s dive right into it!

While the Samsung Galaxy A73 5G comes with a matte pastel polycarbonate back, the OPPO Reno8 Pro comes with aluminium rails and a glass back. In terms of design, the matters could be quite subjective as the phones offer distinctly different designs and in-hand feel. However, one key point that stands out here is that the OPPO Reno8 Pro lacks the IP67 rating offered by the Galaxy A73 5G. The IP67 rating makes the Samsung handset resistant to water and sand to such an extent that you can remain stress-free if you take it to the beach or even if you accidentally drop it in the pool. 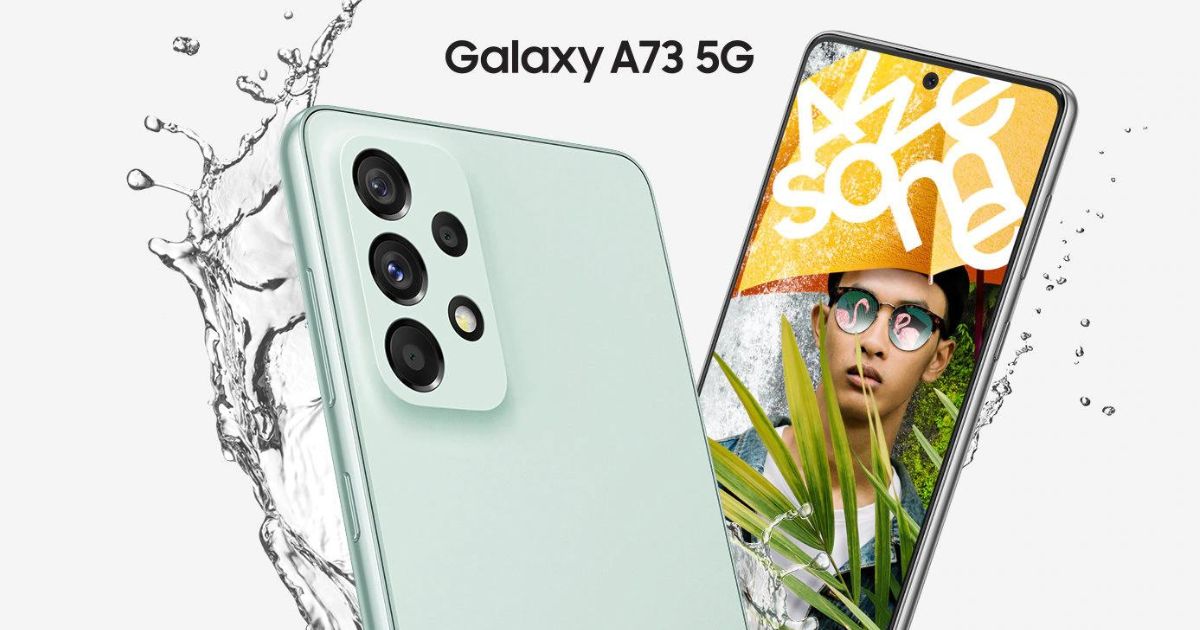 The display specs of both smartphones look great on paper. Both have 6.7-inch displays with a centre-aligned punch hole design, FHD+ resolution, a 120Hz refresh rate, and HDR10+ support. In terms of brightness, both phones have a typical brightness of 800 nits. Both the smartphones are also protected by Corning’s Gorilla Glass 5.

However, one point of difference is that the Samsung Galaxy A73 5G offers a Super AMOLED Plus display, which is simply better than the AMOLED panel on the OPPO offering. Super AMOLED Plus displays from Samsung offer vibrant colours, deep blacks, and deliver an immersive viewing experience when it comes to multimedia content. As Samsung has the reputation of offering the best displays in the market, it makes sense that the Galaxy A73 5G trumps the OPPO Reno8 Pro in this department.

Here is where things get interesting. The Galaxy A73 5G is equipped with a quad-camera setup, which includes a whopping 108MP primary sensor with Optical Image Stabilization (OIS), a 12MP ultra-wide camera with an f/2.2 aperture, a 5MP macro camera, and a 5MP depth camera.

The massive 108MP sensor gives us a binned 12MP image on capture, which has exceptional clarity and the multi-stack processing gives us a nice shot, even against sunlight in harsh conditions. That’s not all, with Samsung’s VDIS (Video Digital Image Stabilization), you can shoot incredibly stable videos, up to 4K at 30fps. The portrait shots are pleasing to the eye too, with an AI-powered dual lens, the cut-out of the portrait is crisp, clear and has a natural blurring effect.

The front camera is a 32MP snapper with an f/2.2 aperture, and with Samsung’s Fun Mode, you can apply different Snapchat filters directly from your smartphone, no jumping back and forth between apps. 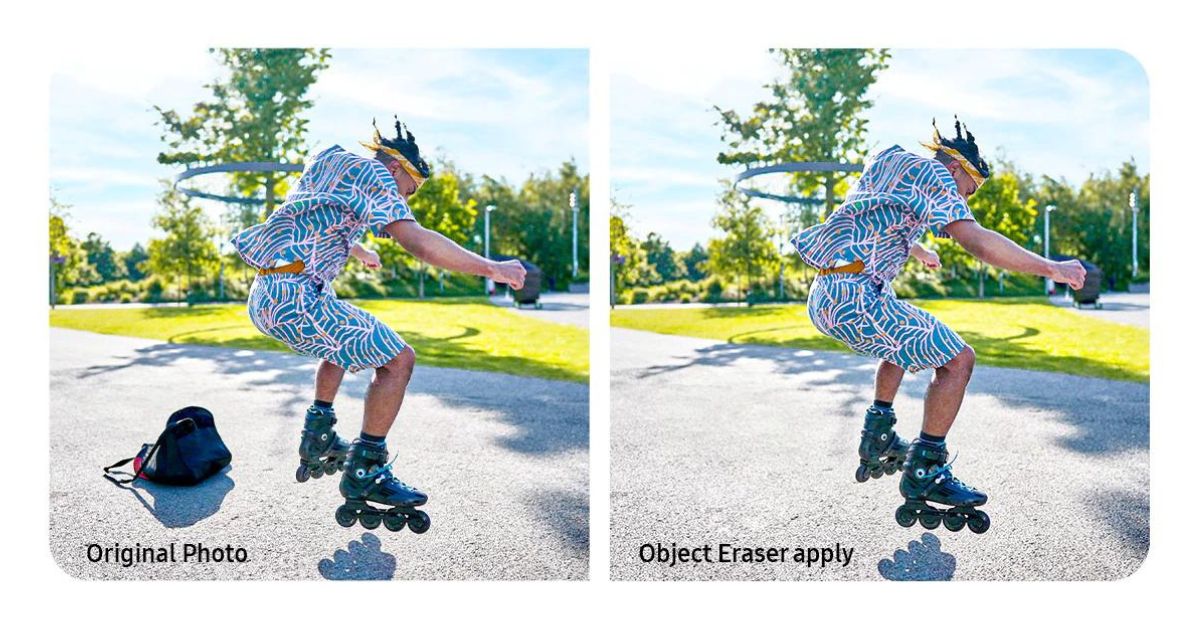 If you’re worried about shooting far-away objects, the Hybrid Optic Zoom will let you capture far-away subjects with ease. Apart from that, Samsung’s new software features such as Object Eraser, go beyond the camera and let you edit out the annoying objects or people that mess up your photo, for that picture-perfect moment.

Talking about the Reno8 Pro, the MariSilicon X chip-powered 50MP sensor utilises AI to offer decent photos. However, due to the lack of OIS, the images can turn out a little shaky if there is any movement involved. The ultra-wide angle camera also provides less sharp images in comparison to the Galaxy A73 5G due to its lower resolution. Finally, the 2MP macro lens is also outmatched by the 5MP sensor on the Galaxy A73 5G. Overall, the Galaxy A73 5G with its camera sensors and modes has an upper hand in the optics department.

Coming to the processor, Samsung Galaxy A73 5G is powered by the Snapdragon 778G, which can handle pretty much any task that you throw at it with ease. While the chipset itself is a proven performer, the neat trick that the phone has up its sleeves is virtual RAM. With 8GB of additional virtual memory, the phone is able to step up its game as and when required to deal with the task at hand. The phone also supports 5G, which means it will remain relevant for years to come. 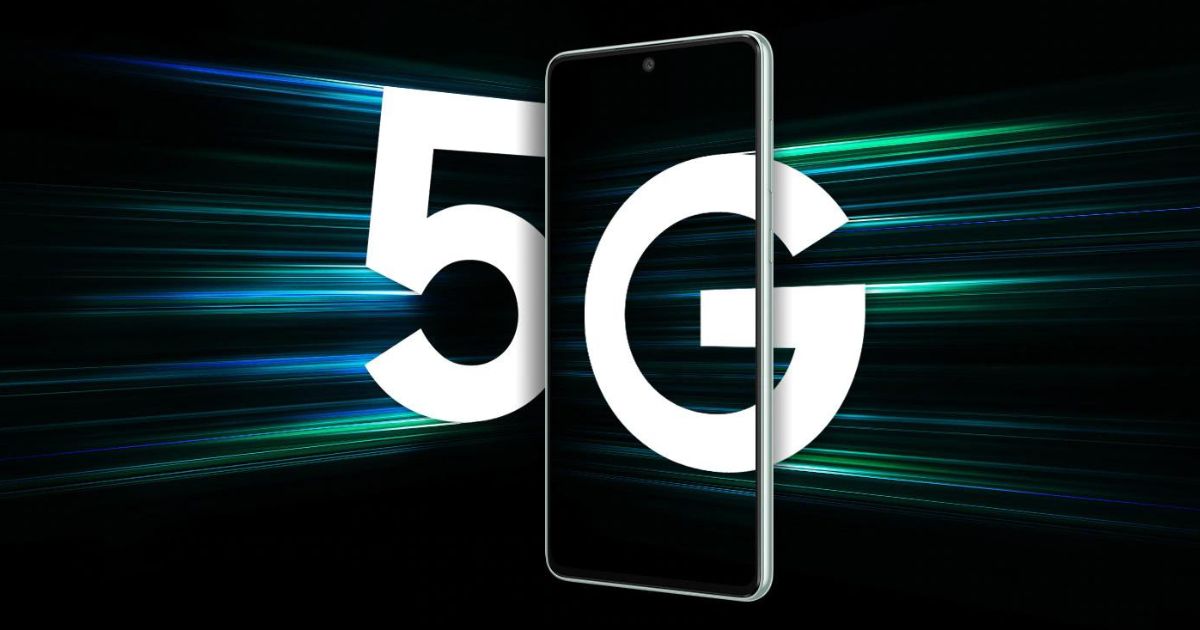 Things tilt slightly in favour of the OPPO Reno8 Pro in the chipset department as the phone is fuelled by the Dimensity 8100-MAX, which is indeed a powerful chipset. The OPPO Reno8 Pro offers up to 7GB of virtual RAM, which can be utilised as per the requirement as well. Just like the Galaxy A73 5G, the OPPO Reno8 Pro also supports 5G.

While both the smartphones have identical internal storage, the Samsung Galaxy A73 5G has an expandable storage slot, meaning if you ever need a boost in your memory needs, it’s just one MicroSD card away. On the other hand, the OPPO Reno8 Pro lacks such an option.

Samsung Galaxy A73 5G ships with a larger 5,000mAh battery, which means that it will outlast the OPPO Reno8 Pro on a single charge. In case you are a frequent traveller, the larger battery definitely makes more sense for you. On the other hand, the Reno8 Pro offers faster 80W charging, compared to the 25W support on the Galaxy A73 5G. So, ultimately, it’s your decision, whether you would prefer a larger battery or a faster charging speed.

Software and Experience – Look for longevity

The Samsung Galaxy A73 5G runs Android 12-based OneUI 4.1 out of the box. If you have used OneUI before, you would already know that it is one of the cleanest user interfaces in the market right now and offers a smooth user experience. On the other hand, the OPPO Reno8 Pro runs Android 12-based ColorOS 12.1 out of the box. One of the caveats that come along with the OPPO Reno8 Pro is that the company promises only 2 years of software updates and 4 years of security updates. In comparison, with the Galaxy A73 5G, Samsung has promised 4 years of software updates and 5 years of security updates. If we talk about longevity, the choice is pretty much clear here. 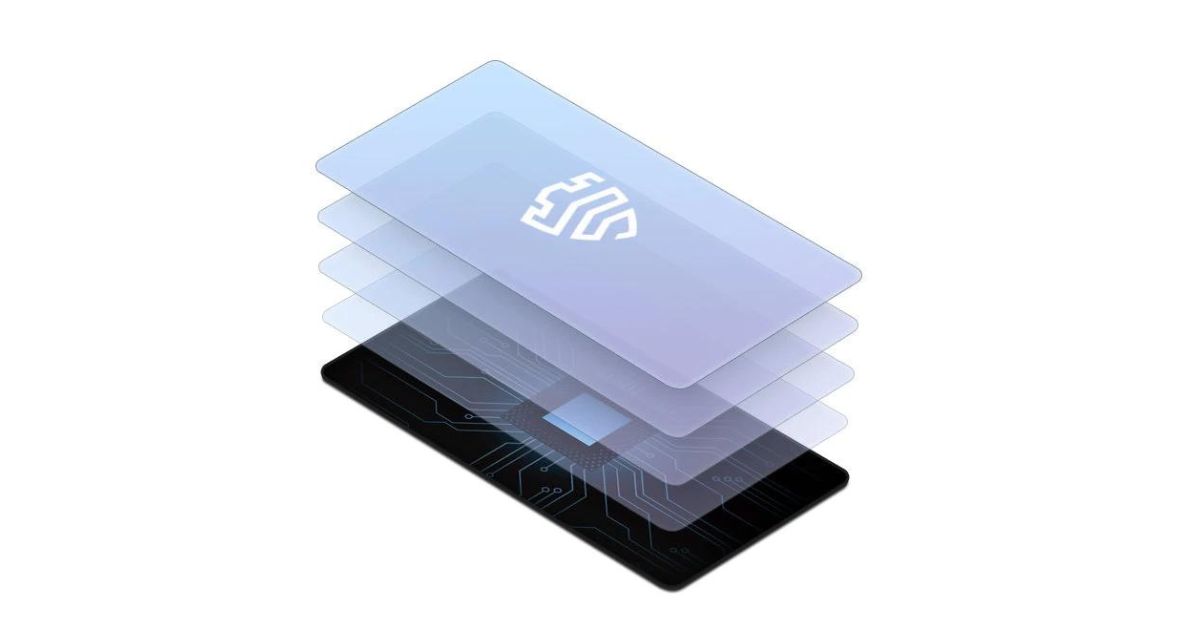 That is not all, the OneUI 4.1, with Knox security built-in, is more secure, and has less bloatware than the Reno8 Pro. Moreover, you don’t have to grant permission for doing basic things such as searching through the app drawer. You can also customise your smartphone entirely, using the Good Lock modules that are available on the Galaxy Store.

Another advantage Samsung has is the Samsung ecosystem. Whenever you buy a Galaxy Buds, the Galaxy Watch or any Google home-powered device, you don’t have to fiddle around with things and figure out the setup. It is seamless and connects with your smartphone with the tap of a button. The Reno8 Pro has such an option with earphones, but the ecosystem doesn’t offer as many features as the Samsung ecosystem does.

Samsung Galaxy A73 5G seems to come out on top in most categories – display, camera, battery capacity, and UI. You can buy the Galaxy A73 5G for a starting price of Rs 41,999 here. The phone is available with a Rs 3,000 cashback offer, which brings down the effective price of the handset to Rs 38,999. To make the deal even sweeter, with the purchase you can additionally get Galaxy Buds Live at just Rs 499 as well, down from their usual selling price of Rs 11,990. However, if you are looking for a more powerful processor or fast charging speed, you can also go for the OPPO Reno8 Pro, which comes with a higher starting price of Rs 45,999.