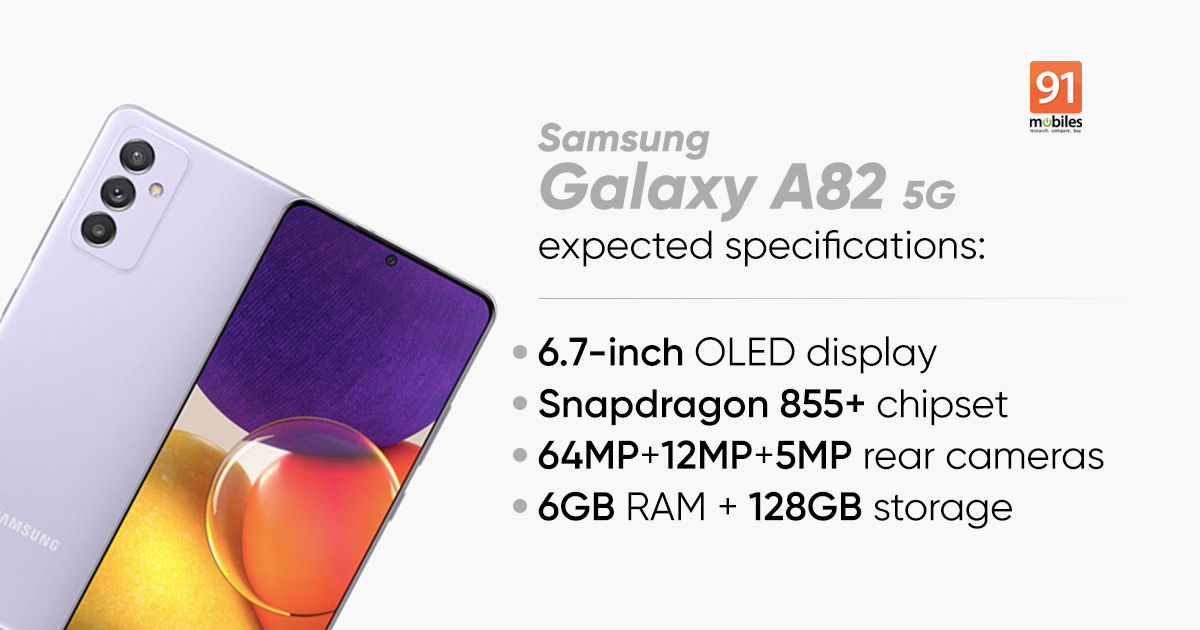 Samsung Galaxy A82 5G has been accidentally listed on the company’s update tracking page, which suggests its imminent global launch. The page lists out which Samsung models are eligible to get which update. The company has added the device to its quarterly update schedule, which is surprising considering that Samsung hasn’t officially announced the Galaxy A82 5G yet. However, Samsung has announced the Galaxy Quantum 2 in South Korea as a security-focused smartphone with the world’s smallest quantum random number generator chip inside. If Samsung indeed launches the Samsung Galaxy A82 with the same hardware, it will come with a 6.7-inch OLED display, Snapdragon 855+ chipset, and a 64MP camera.

Another surprising thing about the Samsung Galaxy A82 5G being placed in the quarterly update schedule is that the much-cheaper Galaxy A52 5G gets monthly updates for three years. It’s strange that the more expensive Galaxy A-series phone will only get an update once every quarter. Either way, it looks like the Samsung Galaxy A82 5G launch could happen any time in the next few days, if not weeks.

To recall, the Samsung Galaxy Quantum 2 sports a 6.7-inch Super AMOLED screen with a 120Hz refresh rate. It is powered by the Qualcomm Snapdragon 855+ SoC paired with at least 6GB RAM and 128GB storage. While the battery capacity is unknown the phone will get 15W fast-charging support. It has triple cameras at the back with a 64MP primary sensor coupled with a 12MP ultra-wide-angle lens and a 5MP depth sensor. Connectivity features include 5G, Wi-Fi 6, Bluetooth 5.0, and NFC. Unfortunately, other specifications of the phone remain under dark, for now. Speculations are rife the Samsung Galaxy A82 5G could be a rebrand of the Galaxy Quantum 2 with slight differences.