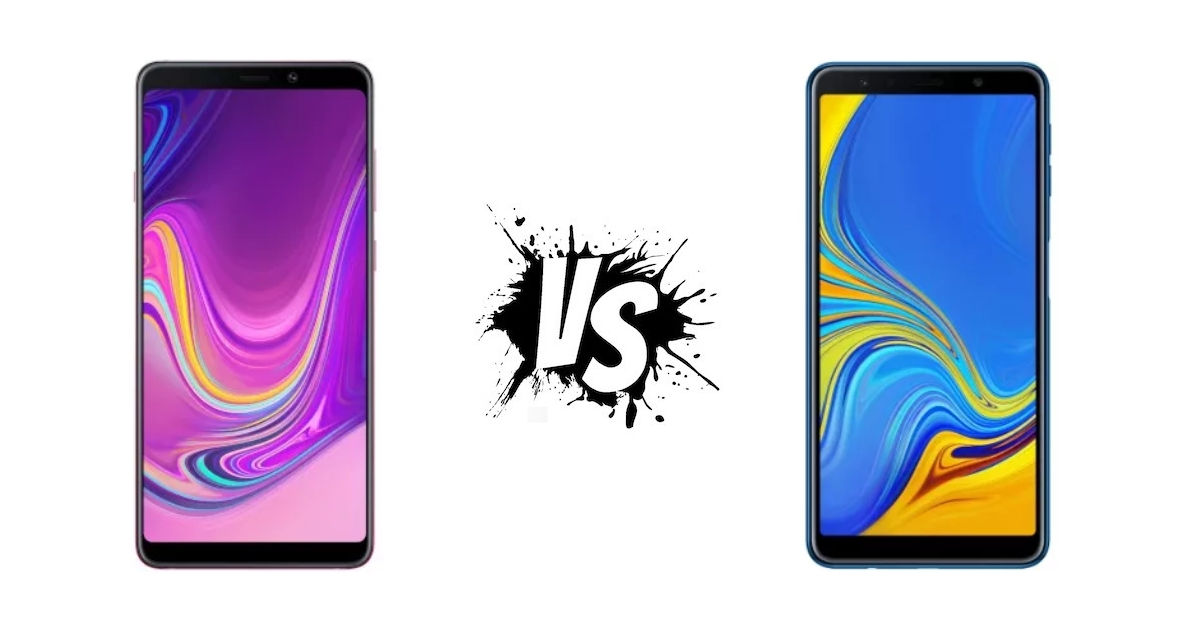 “The Galaxy A7 (2018) and Galaxy A9 (2018) are the first smartphones from the brand to offer triple- and quad-camera setups, respectively”

The times are surely changing. Just last year, having two cameras on the back of your phones was considered a luxury. But now, two are just not enough it seems. After Huawei started the trend with its Huawei P20 Pro (review) earlier this year, it’s Samsung who has joined the party. The brand’s Galaxy A7 (2018) and Galaxy A9 (2018) come with three and four rear cameras, respectively. As much as it’s surprising, this seems to be Samsung’s new strategy — pushing out innovations on mid-range devices before bringing them to its flagships. Considering both the Galaxy AThe new A9 and A7 are both impressive handsets, we’re here to give you a detailed comparison between the two. 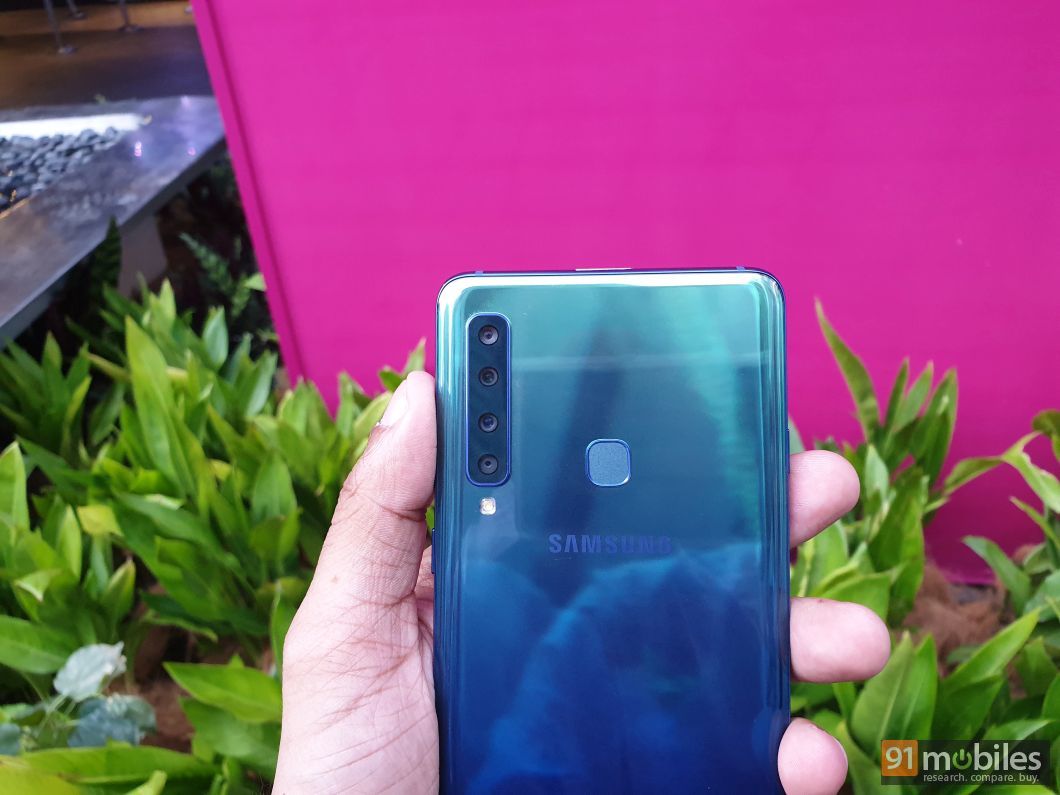 The quad-camera array on the back of the Samsung Galaxy A9 (2018) is what will catch your attention first. Other things have been kept simple, with a fingerprint scanner and a Samsung logo being the only other residents of the rear surface. The Galaxy A7 (2018) on the other hand, does not even have a rear-facing fingerprint scanner besides its triple-camera setup. That’s because the phone’s power button doubles up as its fingerprint reader. The external designs of both these phones are similar, with glass being the construction material of choice. Both of them come with headphone sockets, which is great news, but only the A9 (2018) has adopted the USB Type-C port for charging and data transfers.

The Galaxy A9 ships with a 6.3-inch display bearing a resolution of 1,080 x 2,220 pixels, while the A7 sports a 6-inch panel with the same resolution. It’s important to note that both of these are Samsung’s famed Super AMOLED Infinity displays that offer minimal bezels without taking the assistance of a notch. 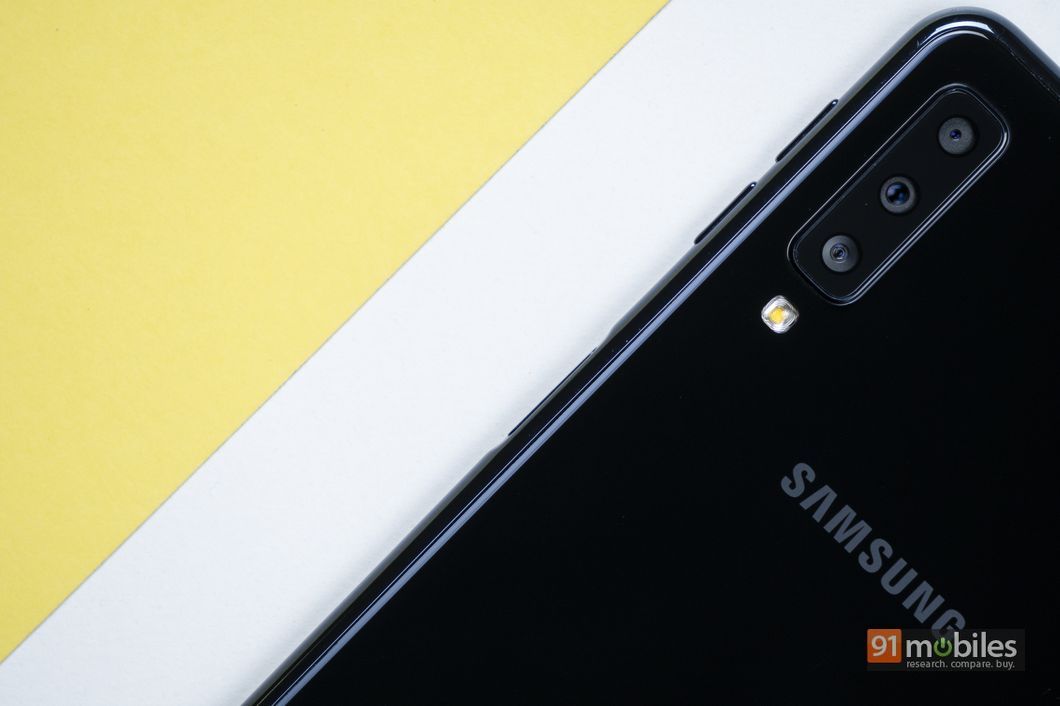 At the heart of the Galaxy A9 ticks the Snapdragon 660 chipset, which comes with a 2.2GHz octa-core processor and an Adreno 512 GPU. This assembly is paired with either 6- or 8GB of RAM. The Galaxy A7 (2018) on the other hand, utilises the Exynos 7885 chipset, which also features a 2.2GHz octa-core processor. Its 4GB RAM model offers 64GB of storage, whereas the 6GB RAM variant ships with 128GB of storage. It must be noted that both these phones come with dedicated microSD card slots that do not interfere with your dual-SIM usage. 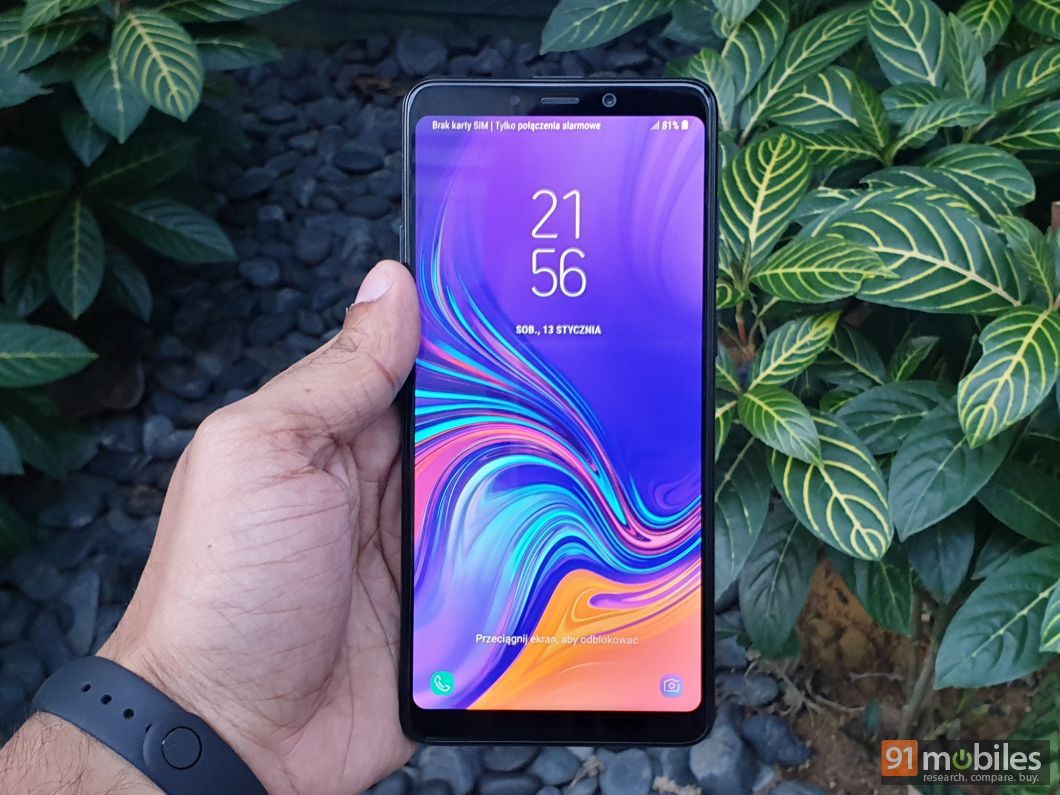 Both the Galaxy A7 and A9 run Android 8.0 Oreo out of the box. The usual software tricks of Samsung’s mid-range phones are all there, including the ability to lock apps with your fingerprints, multi-window support, dual messenger, face unlock and more. The smartphones have always-on display support which enables them to render useful information when the screen is off.

The reason why these phones have adopted multiple cameras is to offer different lenses to capture different scenarios. The Galaxy A9 (2018)’s quad camera system includes a 24MP main camera for regular shots, an 8MP shooter for capturing wide-angle images, a 10MP sensor for 2x optical zoom and a 5MP depth-sensing unit for delivering Live Focus for portrait shots. The Samsung Galaxy A7 (2018) misses out on the 10MP optical zoom camera, but all the other snappers are the same for both the phones. They even share the same front camera, which is a 24MP module. Scene recognition and other camera tricks also make their way into both these phones. 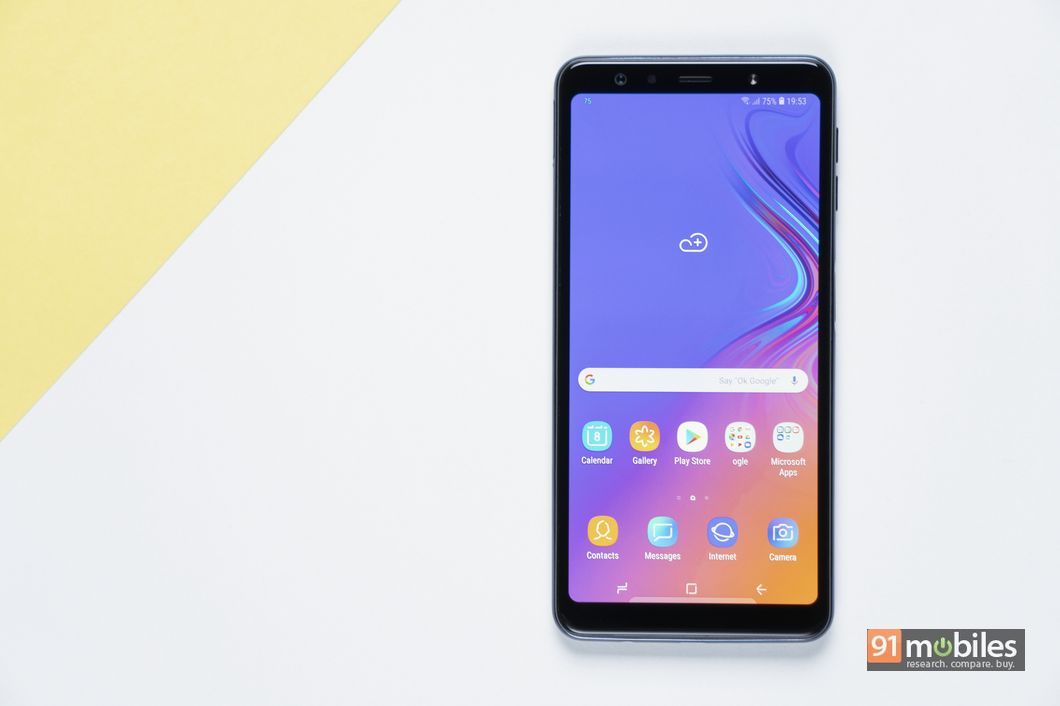 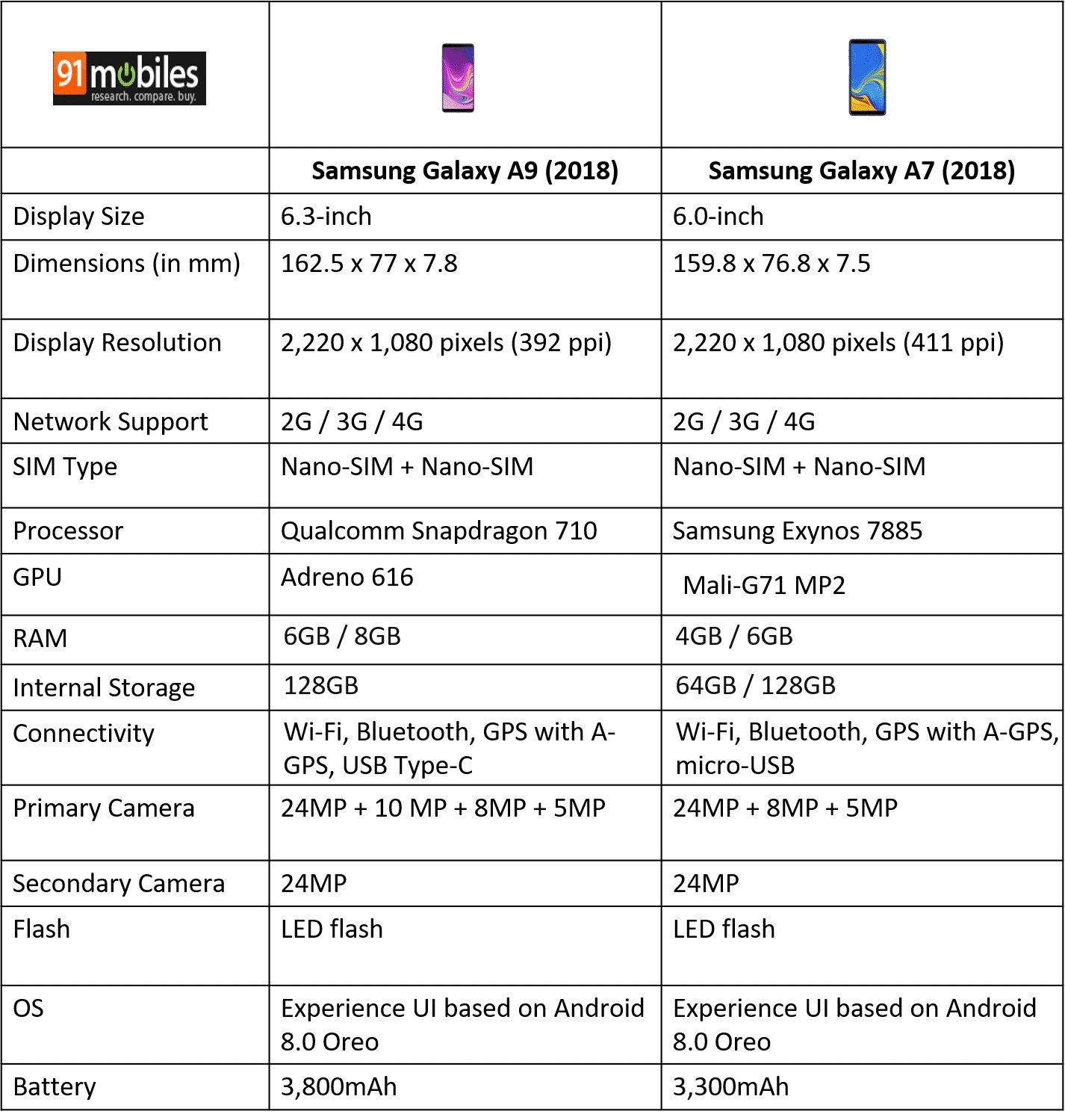 Clearly, both these phones are aimed at photography enthusiasts who are craving to get a shooter that can be used to harness various scenarios. So it all boils down to what kind of scenes you are looking to capture. If you want the optical zoom functionality, then the Galaxy A9 (2018) is what you are looking for. Otherwise, you get similar camera capabilities in both these phones, though the Galaxy A9 has some advantages in the form of a larger display, better internals and a bigger battery. The Samsung Galaxy A7 (2018) is available to buy in India and will set you back by Rs 23,999 for the base model. The Samsung Galaxy A9 (2018) was launched today and has been priced at Rs 36,990 for the 6GB RAM variant and Rs 39,990 for the 8GB RAM option.