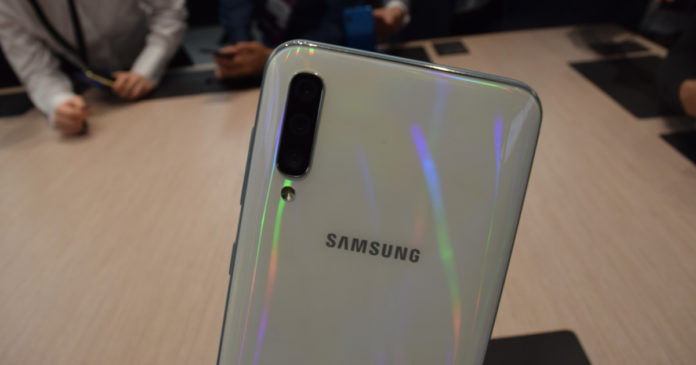 “The Samsung Galaxy A90 could be the world’s first rotating pop-up camera phone, if reports are true”

Samsung is on a launch spree and is busy working on half a dozen A series smartphones, some of which have already launched in global markets this month. However, the most exciting one of them is the unannounced Galaxy A90. And that’s because the handset could be Samsung’s first smartphone to feature a pop-up camera, which currently is flaunted by Vivo and OPPO smartphones. Samsung has seemingly confirmed the rumoured Galaxy A90 design in an official post this week. 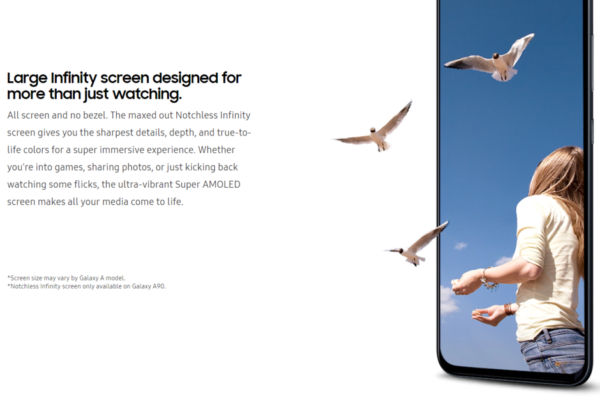 As can be seen in the image, Samsung talks about a device with a notch-less infinity display which is “all screen and no bezel.” Now this could only mean that the new smartphone neither has a water-drop notch design nor the pill-shaped punch hole of the Galaxy S10+ (review) as both, in the end, are different versions of a notch. Note that the post has been taken down by the company.

Reports from tipsters claim that not only does the Galaxy A90 have pop-up cameras but also have a rotating camera module. This would mean that a single array of cameras would do double duty as front and rear cameras. It also sort of confirms the Galaxy A90 would be the only phone to have this notch-less design.

In terms of specifications, much about the device remains unknown but it is being said that the pop-up camera module will feature a 48MP sensor and the battery capacity is 3,600mAh. Speculative reports have said that Samsung is working on an upcoming Snapdragon 855 smartphone, and being a top-of-the-line A series phone, the Galaxy A90 could very well be just that device. Samsung has issued invites for a launch event set for April 10th and we’re very excited to see what’s in store for the new A series models, specifically the Galaxy A90.