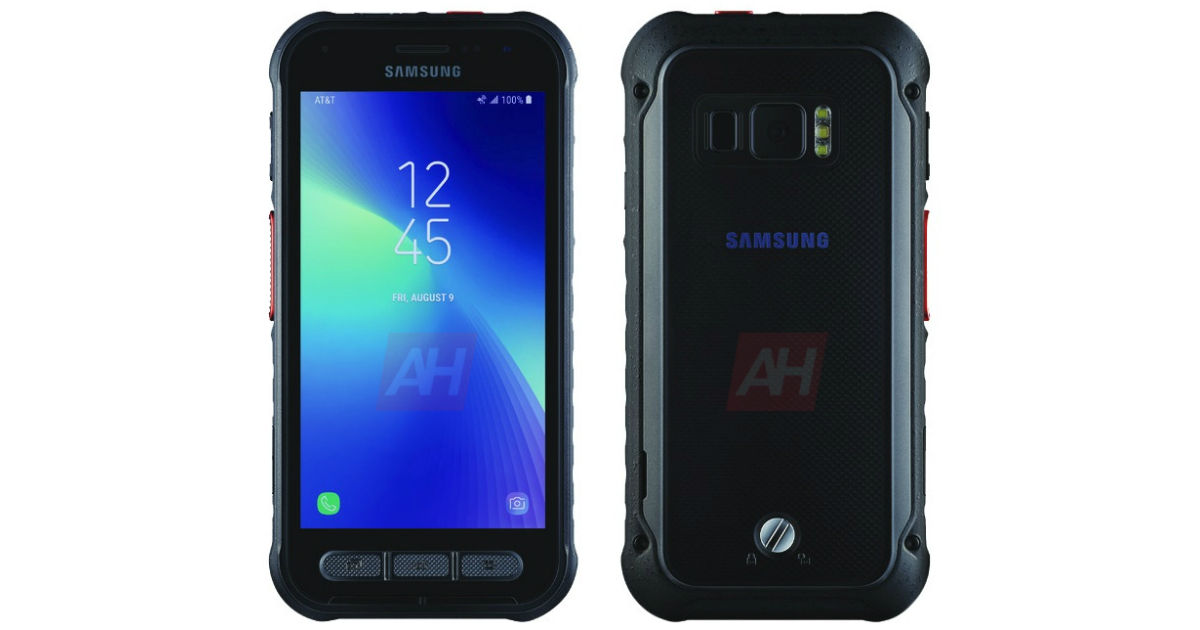 “The Samsung Galaxy Active is expected to be powered by the Exynos 9810 SoC, packs a 5.2-inch display, and sports an 8MP selfie snapper”

Samsung Galaxy Active press renders have now surfaced online. Samsung Galaxy XCover 4s smartphone was launched last month, and the company seems to be planning on unveiling another rugged smartphone in the coming days as official press renders of the alleged Samsung Galaxy Active have surfaced online. It is the same phone that was spotted at the MWC 2019 event back in February this year and is believed to be the rugged version of the Galaxy S9. The Galaxy Active phone is said to be powered by the Exynos 9810 SoC and packs 4GB RAM. The handset is expected to sport a 5.2-inch display with 2,540 x 1,440 pixels resolution and a large 4,500mAh battery fuels the phone. There are three capacitive buttons below the screen, and the fingerprint sensor is moved beside the camera module.

In terms of optics, the Galaxy Active smartphone is said to pack an 8-megapixel front-facing camera and a 12.2-megapixel rear camera, which is basically Galaxy S9 camera setup. The Samsung Galaxy Active has August 9th date on the home screen; this suggests the launch might be around a week away from now. Since there is the AT&T logo back the back, the phone might be headed to the carrier. This date also coincides with the Galaxy Note 10’s Unpacked event. Unfortunately, there’s no way to tell if the phone would actually launch on the said date, but we should know more details soon.

Separately, Samsung is also scheduled to announce the Galaxy Watch Active 2 on August 5th. The handset is said to come with touch bezel in place of the rotating bezel and is powered by the Exynos 9110 chipset. The 44mm and 40mm Watch sizes reportedly sport a 1.4-inch and 1.2-inch Super AMOLED display with 360×360 pixels resolution and Gorilla Glass DX+ layer.