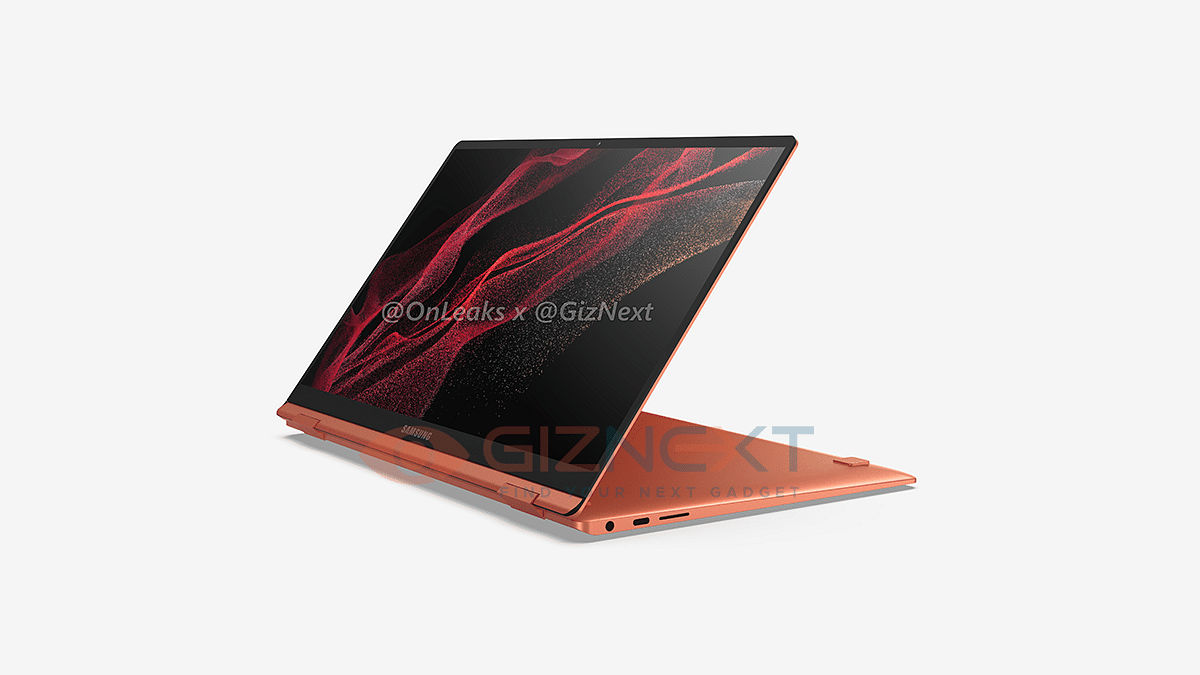 Just days after wrapping its first major event of the year, Samsung is all set for its next event. Last week, Samsung announced another Galaxy Unpacked event, scheduled for February 27, 2022, at 1:00 PM ET (11:30 PM IST). You must be wondering what’s left now for Samsung to unveil that it’s holding another event coinciding with the Mobile World Congress. Thanks to Samsung’s recent editorial and a fresh set of Galaxy Book Pro 2 renders, we know what’s coming next.

Notable tipster Steve Hemmerstoffer aka OnLeaks, in collaboration with GizNext, has shared the renders of Samsung’s upcoming PC – the Galaxy Book Pro 2 360. The renders show the second generation of Samsung Book. The renders show a 360-degree convertible design notebook, allowing users to use it either as a traditional laptop or a tablet. Rumours suggest that the second generation Galaxy Book Pro 360 is internally referred to as “mars 2” and that the original Galaxy Book 360 was codenamed as “mars”. Also, there’s no confirmation if Samsung will stick to the “Galaxy Book Pro 2 360” branding, but the report suggests that it’s the most likely name for the upcoming convertible PC from Samsung. Now, coming to the design, the renders show off the upcoming convertible PC in the red shade. From the renders, the design seems to be pretty much the same as the last generation Galaxy Book Pro 360. However, the keyboard and trackpad seem more spacious than the last generation. If renders are to be believed, then there seems to be no major addition to the I/O ports. We can see three USB Type-C ports – two on the left and one on the right, an SD card reader, and a 3.5mm audio port. Furthermore, the Galaxy Book 2 360 may come with a 15-inch display. Also, we can expect S Pen support, but nothing’s confirmed yet.

That’s all we know about the upcoming Galaxy Book Pro 2 360 or whatever it ends up being called. But, Samsung has given us some more insight into what to expect from the company’s upcoming PC products. With its upcoming lineup of PC products, Samsung will announce some new continuity features. We might get Universal Control for Samsung PCs and tablets. Not just that, Samsung has also confirmed that Intel chips would power the next generation of the Galaxy Book lineup.