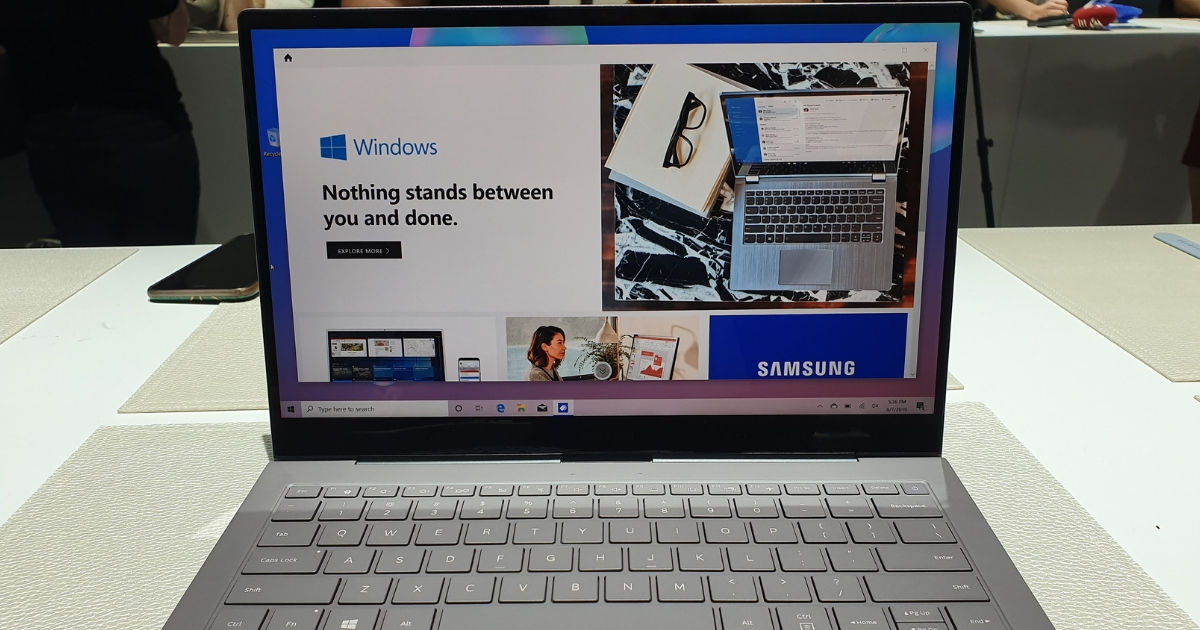 The Galaxy Unpacked event in New York was packed with announcements – including the unveiling of the loaded Galaxy Note 10 and Note 10+ (first impressions), along with the price reveal of the Galaxy Tab S6 (first impressions) and Galaxy Watch Active2 (first impressions). These weren’t unexpected, but the brand did have a surprise up its sleeve in the form of a new laptop. And it wasn’t any regular one either (the Chaebol already has the Notebook and Odyssey series of laptops), but a device that has been built with the mobile-first approach. That’s why it carries the Galaxy branding, and has been monikered the Galaxy Book S. I was able to get some time with the machine, and here’s how my experience went.

The first thing that you notice about Samsung’s Galaxy Book S is how incredibly thin it is. With its sleek design language, the device can give even ultrabooks a run for their money. And even when you lift it up, it feels really lightweight. Adding to the charm is the minimal design language with just the Samsung name mentioned on the front. 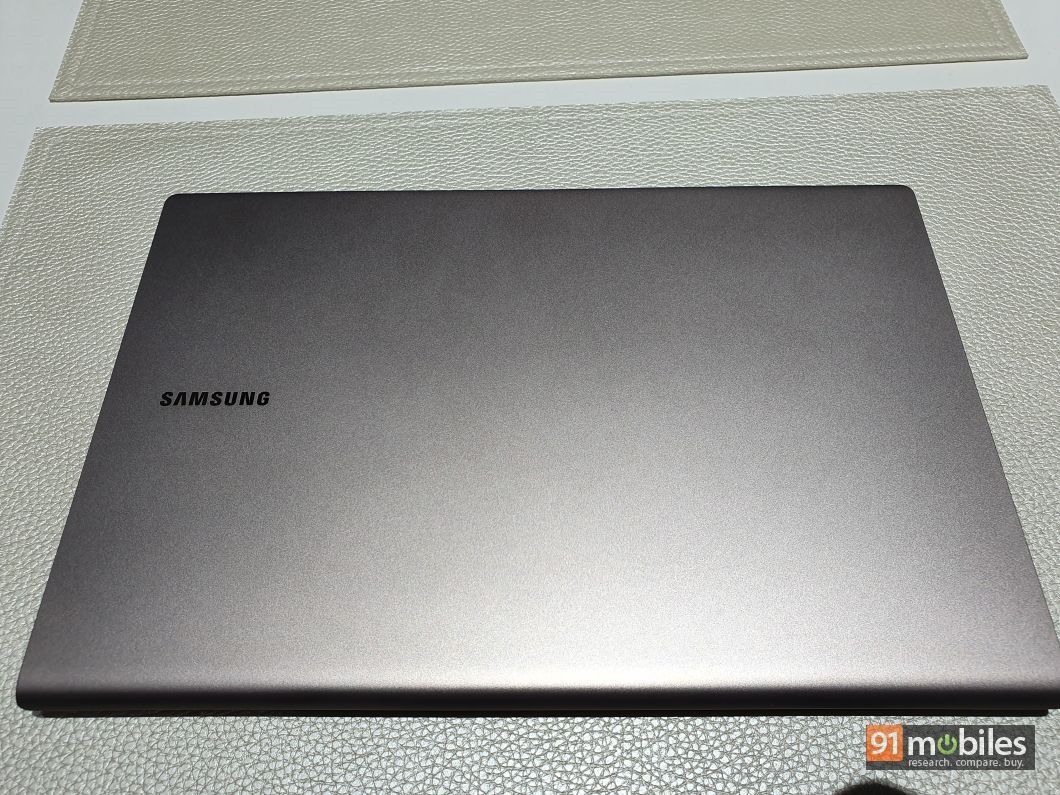 Even though it’s thin and light, the Galaxy Book S hasn’t compromised on the build quality. Constructed out of aluminium, it’s quite solid and doesn’t show much flex when pressure is applied on either side of the screen. The palmrest area is even better and doesn’t show any flex at all. It also has a soft touch which feels quite nice. 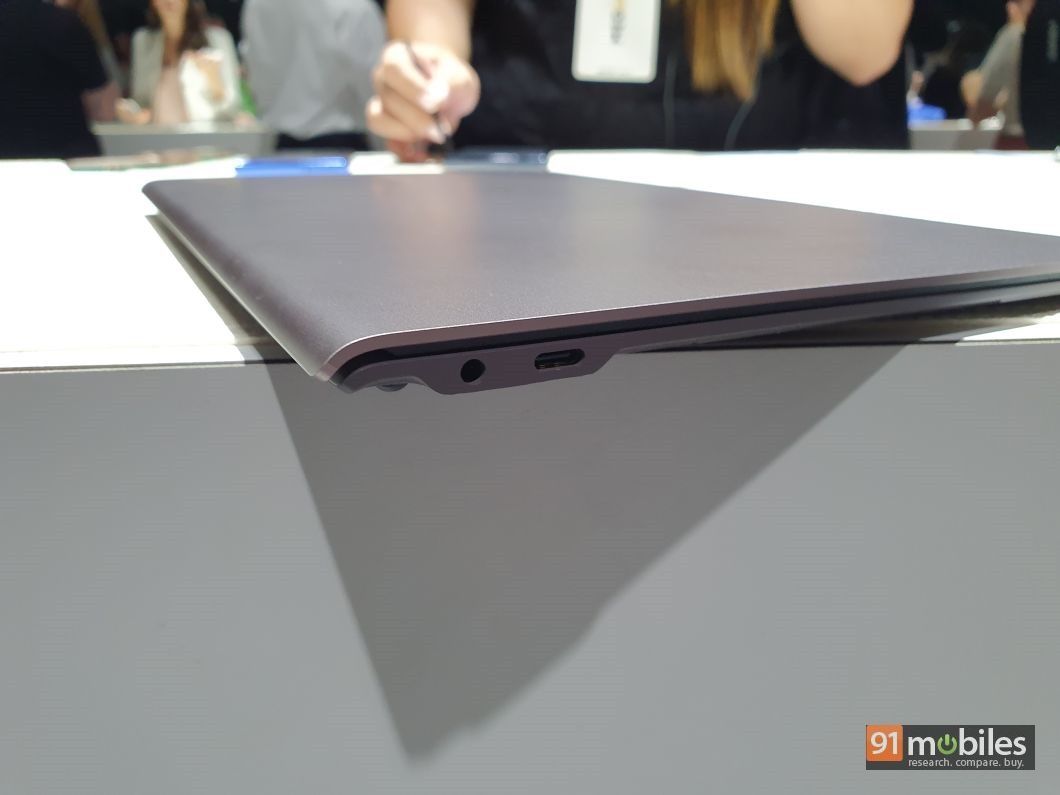 The minimalism continues in the port department too, since there are just two USB Type-C ports and a 3.5mm headphone socket. The Type-C socket doubles up as a charging port, and of course, you can use your phone’s charger to juice up the Samsung Galaxy Book S if you want. 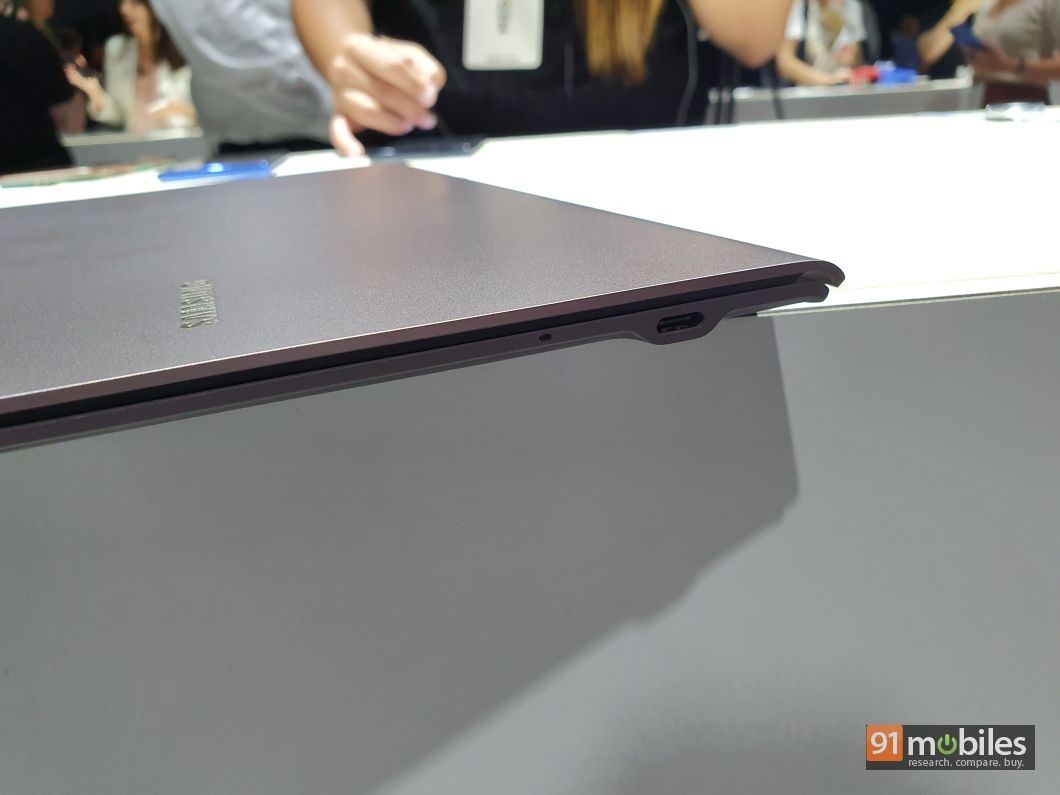 Bearing full HD resolution, the 13.3-inch screen offers good visuals. However, it’s strange to see thick bezels around it, since most laptops have started joining the bezel-less club. 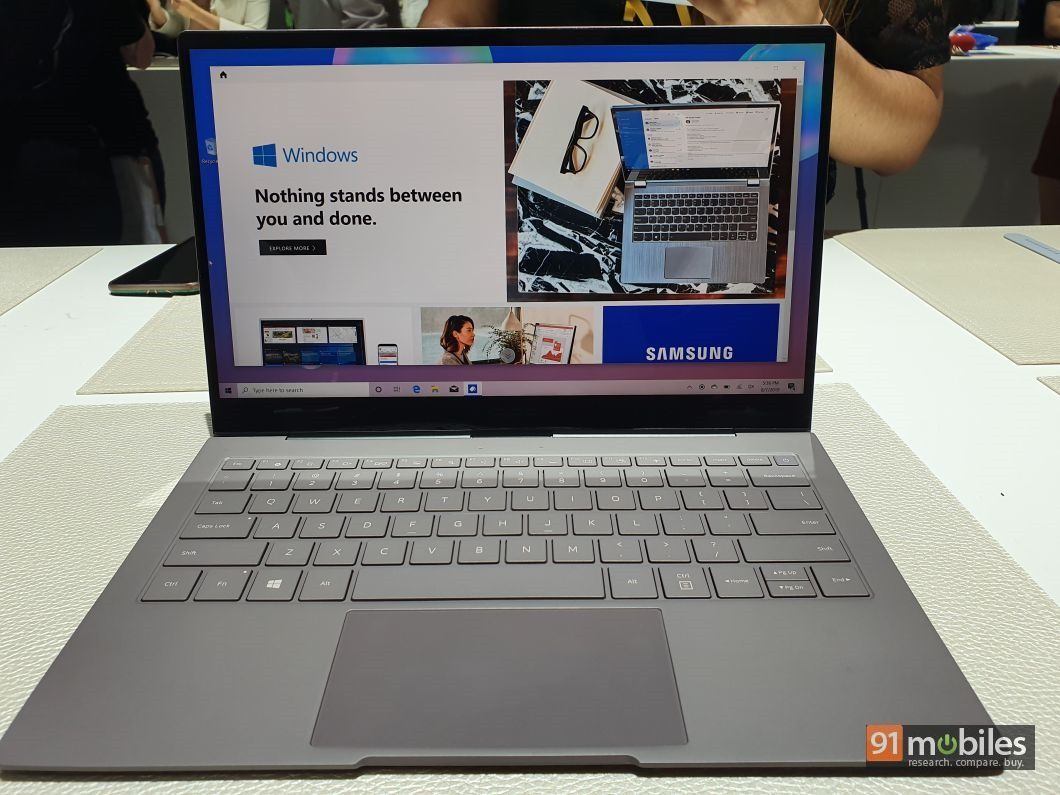 The device features a full-sized keyboard with enough space between the keys. While the keys feel mushy and note very tactile, you can get used to them in almost no time, and type accurately and quickly. The touchpad on the other hand, is quite smooth and responsive. It offers support for multi-touch gestures too.

In terms of the hardware, the Galaxy Book S is the first device to ship with Qualcomm’s Snapdragon 8cx chip, which is similar to the SD855 SoC. The 7nm octa-core processor is paired with 8GB RAM and 256GB SSD storage. The combination seemed quite good to offer smooth navigation and quick app opening times, but of course we’ll need to push it more before giving you an opinion on its performance. 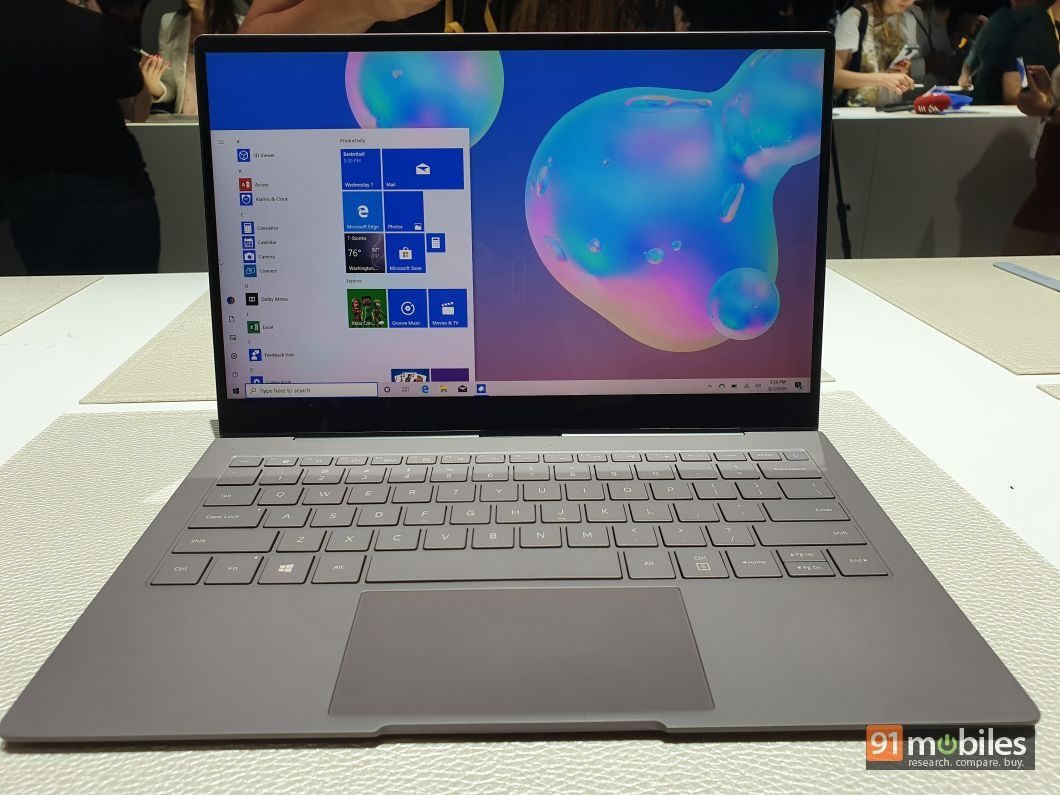 Thanks to the use of the Qualcomm silicon, one of the biggest highlights of the Galaxy Book S is the all-day battery life. Samsung claims that it can last up to 23 hours on video playback, which is nothing short of impressive. The laptop runs Windows 10 OS, and doesn’t seem to have much bloatware.

Samsung’s Galaxy Book S would be going on sale in the USA in the month of September. Sadly, the brand hasn’t disclosed its pricing, but we can expect it to be priced lower than Intel / AMD-powered counterparts. It also remains to be seen if the brand has any plans to launch it in India considering it hasn’t launched any of its laptops in the country, yet.