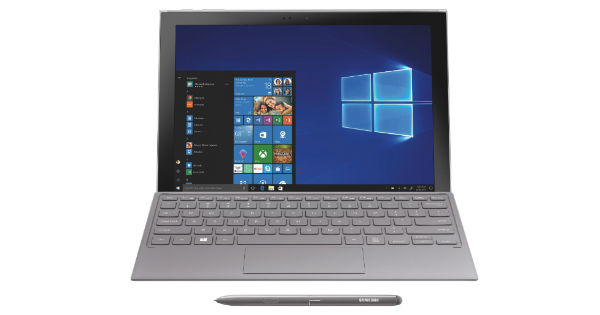 Samsung Galaxy Book S has been spotted on the Bluetooth SIG certification site and Geekbench, confirming there is another Samsung device in the pipeline. The device will most likely be part of the chaebol’s 2-in-1 Galaxy Book laptop series. Samsung Galaxy Book S was spotted on Geekbench earlier this week with the model name Galaxy Space, Windows 10 OS, and a 2.84GHz octa-core processor, which is believed to be Qualcomm’s flagship Snapdragon 855 SoC, coupled with 8GB of RAM. Now, the Bluetooth SIG listing of the handset and prolific tipster Evan Blass have further added to the story with a contribution that the Galaxy Book S is in works.

The Bluetooth certification confirms the name of the Galaxy Book S and associates SM-W767 model number with it. The portal also suggests the device will be called Samsung Galaxy Book S and support Bluetooth 5.0. On the benchmarking site Geekbench, the laptop managed to score 2,011 points on the single-core test and 6,047 points on the multi-core test. That’s all the information we can divulge at the moment.

The new Galaxy Book S could come as a follow-up to the brand’s Galaxy Book 2 laptop that was launched back in October 2018. The Galaxy Book 2 touts an always-connected chipset with multi-day battery life and a new design language, among other things. At the core of the machine lies Qualcomm’s Snapdragon 850 SoC, 4GB of RAM, and 128GB of internal storage. It packs 12-inch FHD+ AMOLED touchscreen display and twin speakers tuned by AKG with Dolby Atmos support. The laptop also supports S Pen and comes inbuilt with gigabit LTE connectivity. The Galaxy Book 2 was announced in the US at a starting price of $1,000 (~Rs 70,000). The laptop never made its way to the Indian market.