“Samsung’s next-gen wireless earphones will offer Bluetooth 5.0 connectivity, and could come with 8GB of storage”

In 2016, Samsung unveiled the first-generation Gear IconX wireless earphones. The company released the successor of the wearable last year. Now the South Korean tech giant is working on the third-gen Gear IconX. Reports suggest that just like the Galaxy Watch, the next-gen IconX will arrive with the Galaxy branding. Now we can finally confirm that these rumours were true after all as the name of the upcoming wireless earphones from the brand has been revealed by Bluetooth SIG. 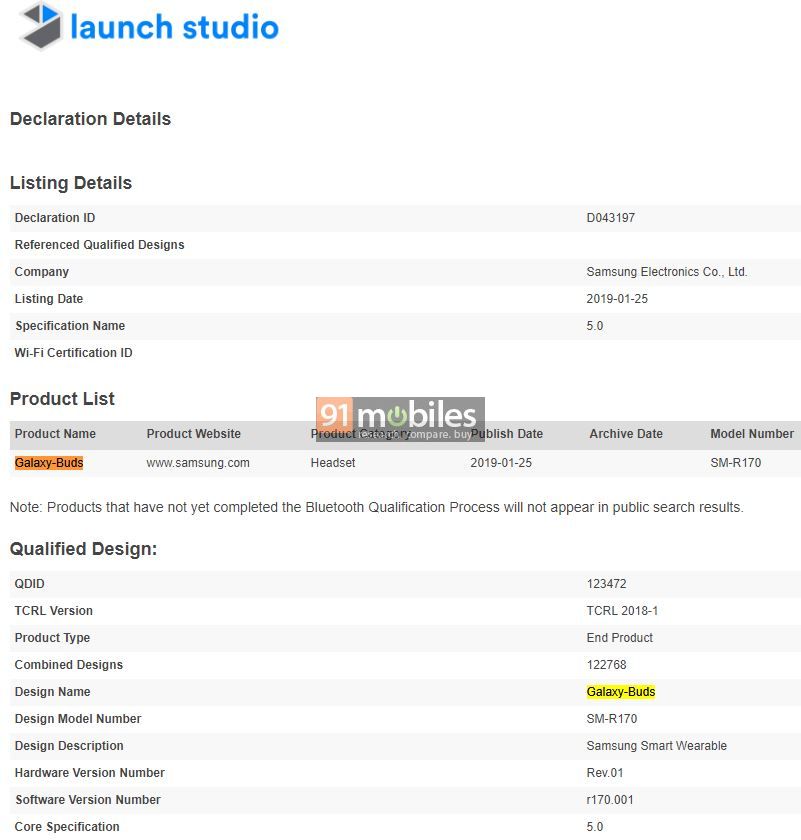 As for the specs, the earlier SamMobile report suggested that the next-gen Samsung wireless earphones will come with 8GB. This will be higher than any earlier Gear product. The same report also indicates that the new wearable will be available in three colour variants – Black, White, and Yellow. We can also expect the next-gen accessory to offer an improved battery life and AKG tuning.

As of now, it’s not clear when Samsung is planning to unveil the Galaxy Buds. However, it’s quite possible that the company could introduce the new wearable alongside the Galaxy S10 series at its Galaxy Unpacked 2019 event on February 20th.