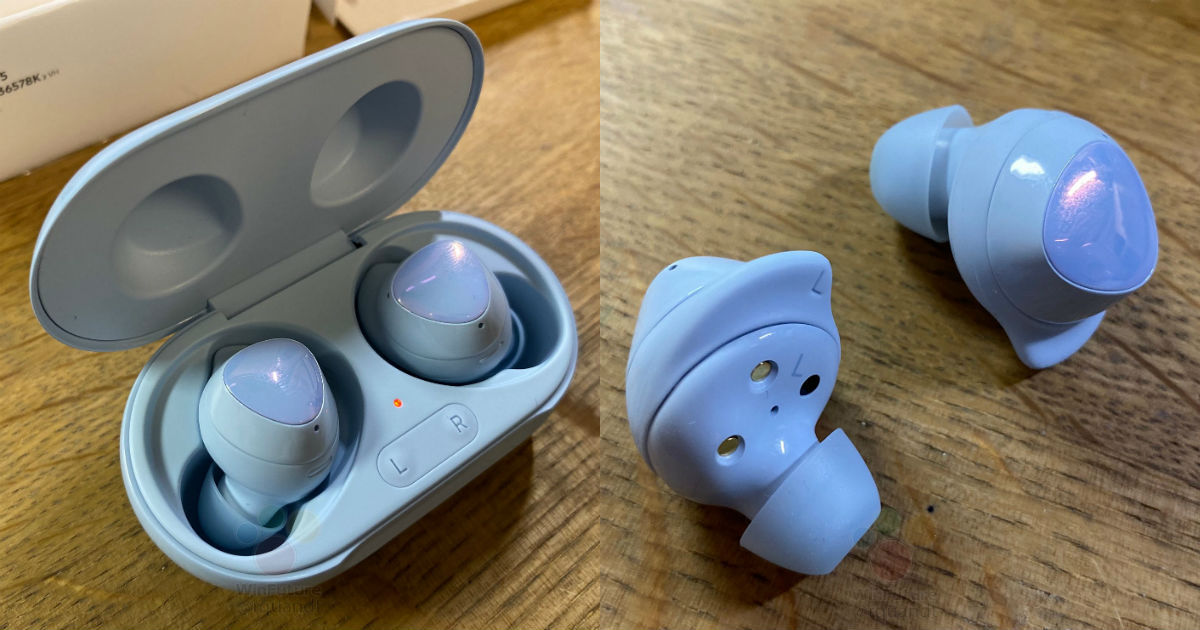 The real-life Samsung Galaxy Buds+ images are in line with past renders, confirming a design that will be similar to the previous generation Galaxy Buds, but with some subtle changes here and there. The most notable one is the glossy overall finish on the Buds Plus, which looks like somewhat of a mixed bag in terms of styling. While some may like this design, many are likely to prefer a matte finish to the earbuds. However, Samsung will likely place more emphasis on offering better audio and longer battery life for the Buds Plus, and that is exactly what we have learnt about it so far, in the leaks and other posts about its performance.

The Samsung Galaxy Buds+ is expected to have the exact same dimensions as the older Buds, but are said to be 0.7 grams per earbud heavier than the predecessor. This is likely accounting for the larger battery, additional speakers, and microphone in the earbuds. While the buds are said to upgrade from 58mAh batteries to 85mAh ones, the charging case is also expected to sport slightly higher battery capacity, up from 252mAh to 270mAh. This will reportedly translate to 11 hours playback time for the earbuds, and total playback time of 22 hours taking the charging case into account. The Galaxy Buds+ will also support faster charging, with reports stating that a three-minute charge should let it offer an hour of playback.

Other features reportedly include simultaneous, multi-device connectivity, two dynamic speakers including a woofer and a tweeter, and a three microphone array for better calling performance. The exterior of the buds are touch enabled, and reports suggest that users can enable Spotify playback just through a touch feedback. The new Galaxy Buds+ is also expected to get two new colours, blue and red. All of this is also expected to culminate into a slight price difference, with the new Buds+ slated to cost $149 (~Rs 10,700).