91mobiles.com
Home News Samsung Galaxy Buds+ to be offered for free with S20+ and S20... 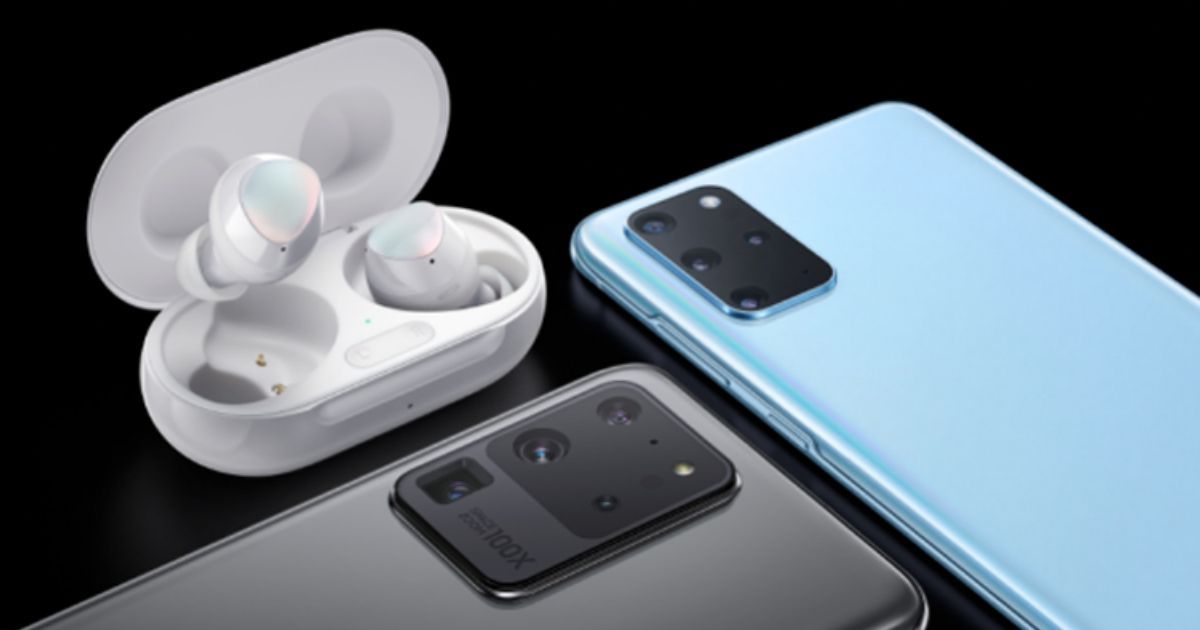 “The leaked poster reveals that the same Galaxy Buds+ design as the previous leak.”

Earlier this week, Samsung Galaxy Buds+ renders were leaked online and suggested that the successor of the wireless earphones from last year will follow the same design language this year too. Now, extremely reliable tipster Evan Blass (aka evleaks) has shared an official-looking promotional poster of the Galaxy S20 series, which doesn’t just reiterate the previous leaks but also suggests that the new wireless earphones will be offered for free with Galaxy S20+ and Galaxy S20 Ultra preorders. While it is hard to say at the moment, it does look like the preorder offer might apply just to these two variants of the handset and not the regular Galaxy S20, which will be certainly disappointing. 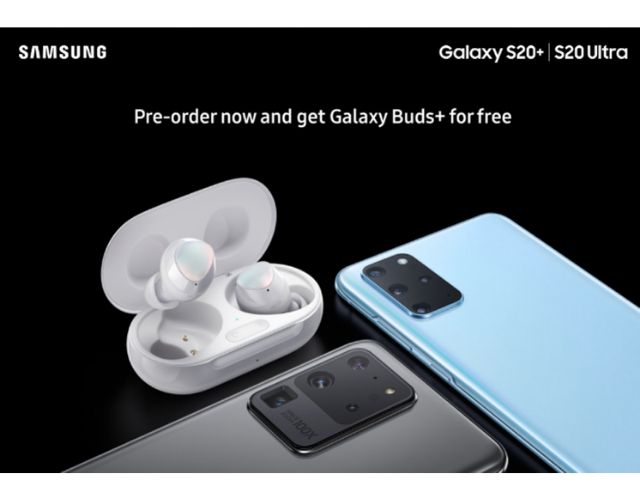 On the other hand, Galaxy S20 Ultra can be seen with the same camera design as could be seen in the renders shared by us as well. Here we have a square-shaped triple camera module with a rectangular module right below that consists of the periscope camera with 100x digital zoom. While this particular poster doesn’t show the front side of the handsets, you can get a closer look by heading to our exclusive render stories on the Galaxy S20 and Galaxy S20+, as well as the Galaxy S20 Ultra to get more details about the upcoming flagships. While we would have appreciated some details about the pricing of Galaxy Buds+ when sold separately, we should get more details as we approach the launch on February 11th.