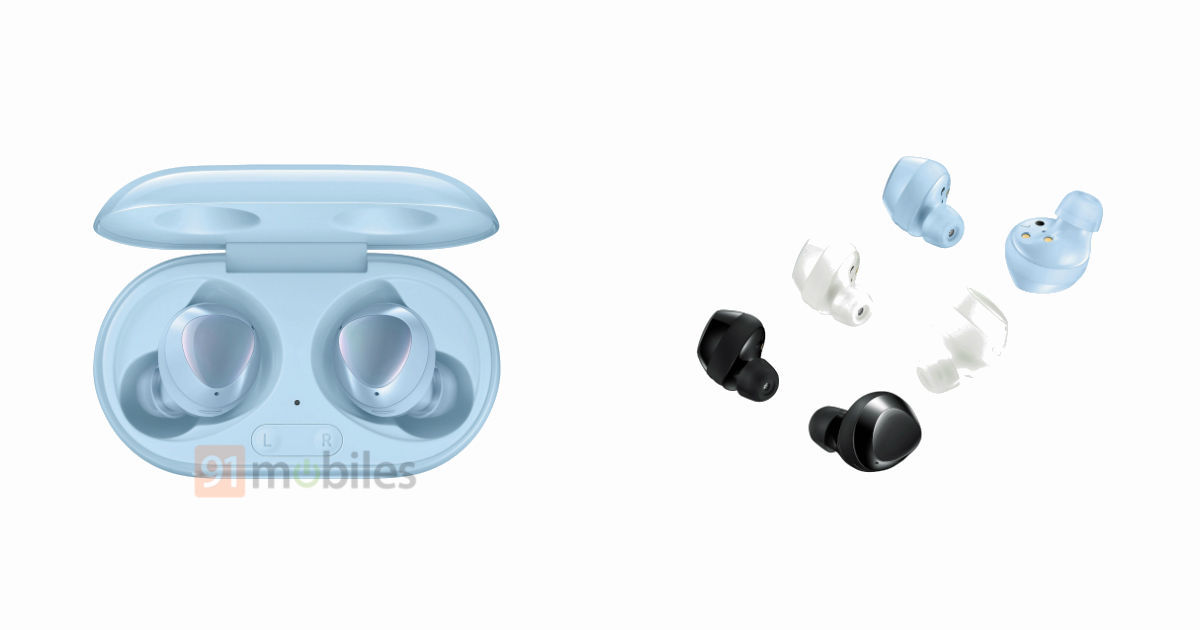 “The Samsung Galaxy Buds+ earbuds are almost identical to the original Galaxy Buds, and the charging case too looks almost the same”

Samsung Galaxy S20 series along with the Galaxy Z Flip flagships are set to debut at an event on February 11th. The South Korean giant is also expected to launch its second-generation true wireless earphones, dubbed as the Samsung Galaxy Buds+. Now, ahead of the launch, more renders of the Galaxy Buds+ have surfaced online, courtesy of MySmartPrice. The renders showcase the design in their full glory and also reveals the colours in which the buds will be available when launched. The Samsung Galaxy Buds+ will arrive in Black, White, and Light Blue colour variants.

As for the design, the Samsung Galaxy Buds+ earbuds are almost identical to the original Galaxy Buds, and the charging case too looks practically the same. The only difference apart from the new Blue colour is that it has a physical button below the LED indicator. The Galaxy Buds+ earbuds are said to come with wireless charging support and wired charging over USB Type-C port. Though it was initially reported the Buds Plus would come with active noise cancellation, but it doesn’t seem to be the case as a recent report suggested otherwise.