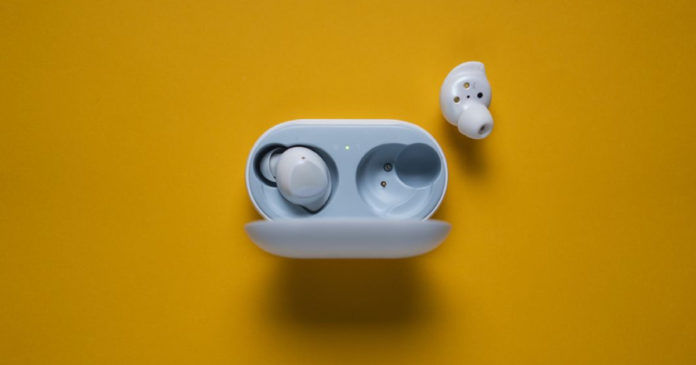 Samsung Galaxy Buds (review) are getting a new 1.36MB update via the Galaxy Wearable app. The update brings touchpad improvements for double or triple tap as well as the ability to enable the Ambient sound feature permanently or temporarily with a long press on the touchpad. It also added Bixby integration to perform functions hands-free. However, it is only available in US English and Korean languages at the moment.

Thanks to Bixby support, users can now control ambient sound, ask for battery status, select equaliser, and lock touchpad handsfree. The update also brings an option to toggle the full background ambient sound setting on or off through a long press. Apart from these new additions, the update also fixes duplicate phone call end sounds on Android 9.0 Pie.

To update the Galaxy Buds, head to the Galaxy Wearable app when the buds connected to your smartphone. You will then receive a pop-up notification if the update is available. Alternatively, users can also manually check for the update in the Galaxy Buds section of the app by tapping the ‘About earbuds’ option at the bottom of the screen.

The AKG-tuned Samsung Galaxy Buds come with Enhanced Ambient Sound feature that allows users to “remain aware of their environment” even while taking a phone call or listening to music. Thanks to the Adaptive Dual Microphone, users’ voice is clearly delivered via the inner and outer mics in each earbud. The Galaxy Buds have a 58mAh battery in each earbud, with the company claiming up to six hours of audio streaming on Bluetooth (v5.0).