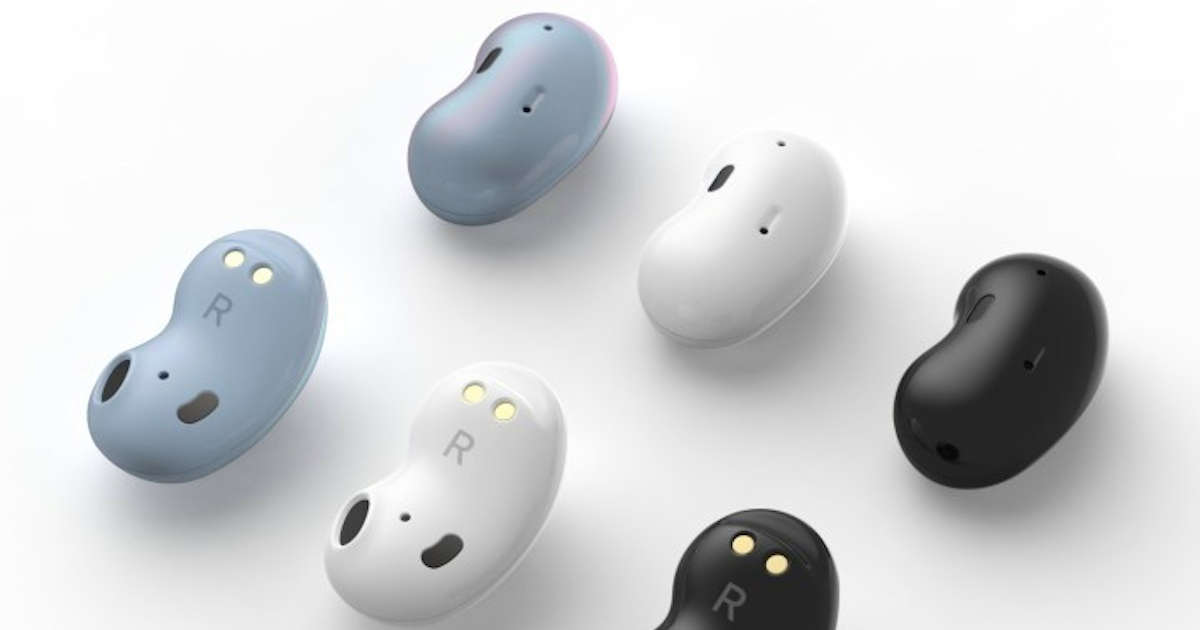 Samsung Galaxy Buds X could be the name of the company’s next pair of truly wireless earbuds. Samsung has filed a trademark application for the name in India, the United Kingdom and Europe. The Galaxy Buds X is widely speculated to be the bean-shaped TWS earbuds that was reported about recently. To recall, renders of a new Galaxy Buds earbuds showed up earlier this month, revealing a tiny kidney bean-shaped design that fits snugly inside the ear. These earbuds will be smaller than the Galaxy Buds and Galaxy Buds+, which are the company’s current truly wireless earbuds.

The trademark application only mentions the Galaxy Buds X name and nothing more than that. Unfortunately, the hardware specifications of the Galaxy Buds X are scarce at the moment, but there’s a chance these could debut alongside the Galaxy Note 20 series in August. While we assume the name to be associated with the bean-shaped earbuds, it could be a completely new earphones as well.

As for the leaked renders, the mysterious Galaxy Buds have bean-shaped design and are based on sketches discovered by Winfuture.de. They are much more compact than the original Galaxy Buds and Buds+ and they sit comfortably in the ears. The bottom part of the Galaxy Buds will sit in the ear canal and the rest of the earbud will sit on the upper part. The earbuds will be 2.8cm long and are designed in a way the speaker gets right into the ear canal. They should offer a built-in microphone for calls and AI assistant and charging pins. However, since they don’t have silicone ear tips, the earbuds might not include noise-cancellation support.