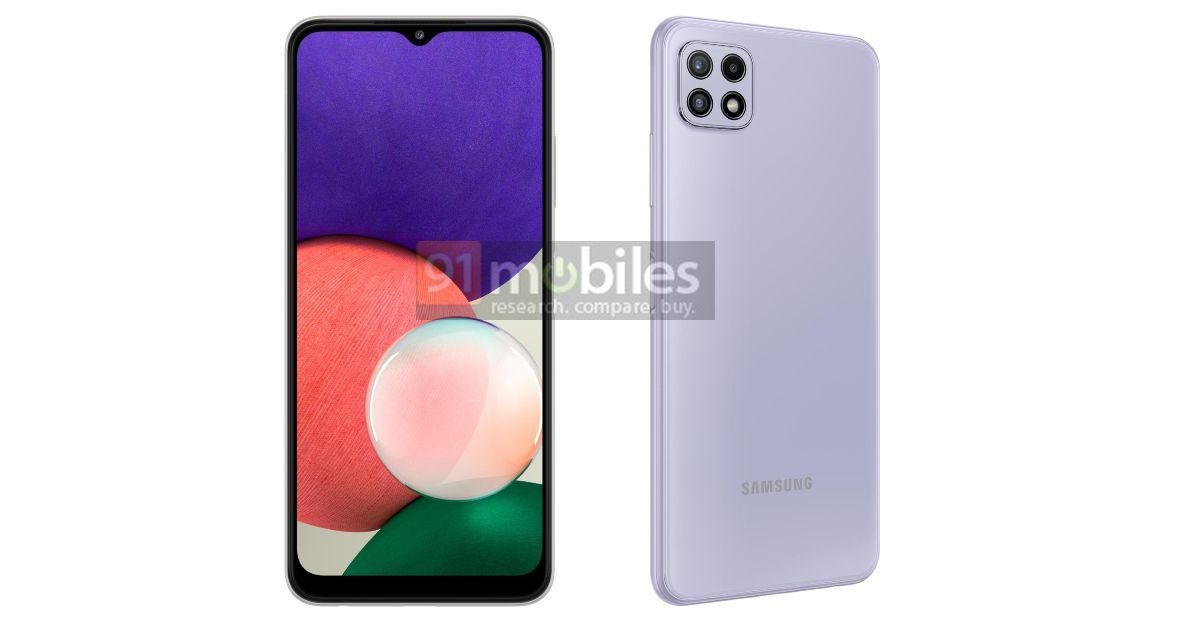 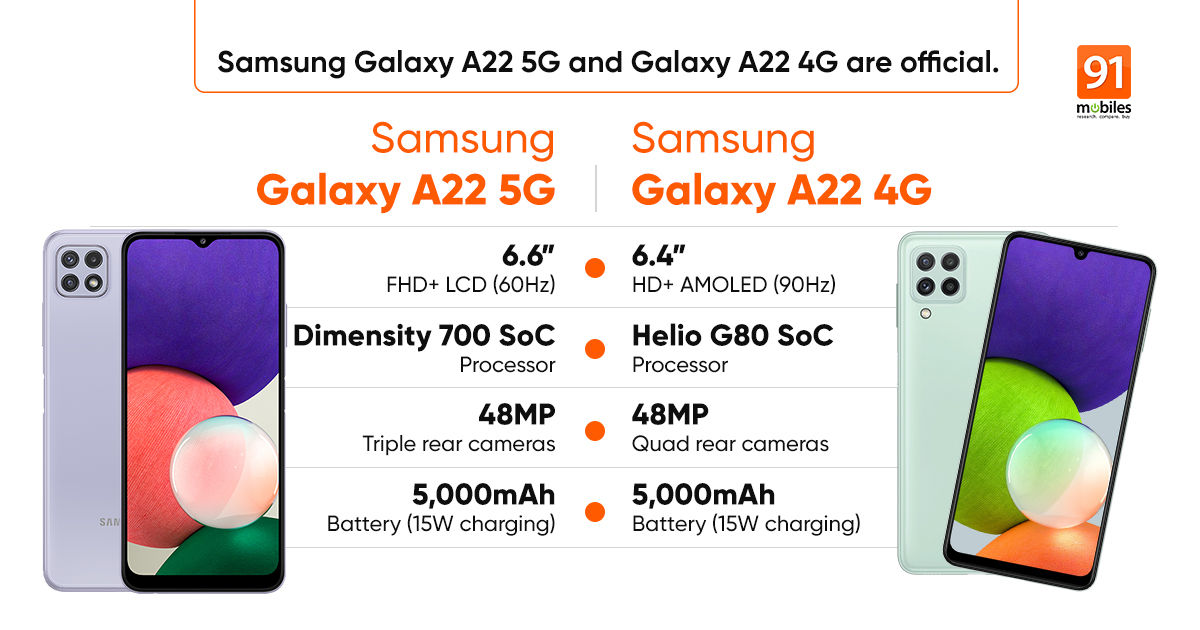 The Galaxy A22 has a 6.4-inch Super AMOLED display with HD+ resolution and a 90Hz refresh rate. The phone has a 48MP primary + 8MP ultrawide + 2MP macro + 2MP depth cameras at the rear and a 13MP camera at the front. The Galaxy A22 is powered by the MediaTek Helio G80 SoC and it runs on Android 11 OS. You get 4GB+64GB, 4GB+128GB, and 6GB+128GB configurations to choose from. The Galaxy A22 packs a 5,000mAh battery, 15W charging, USB Type-C port, 4G connectivity, and a side-mounted fingerprint scanner.

While you wait for the Galaxy F22, you can check out news about the upcoming smartphones as well as popular product recommendations on our Facebook, Twitter, and Instagram pages and head to our YouTube channel for the latest videos.