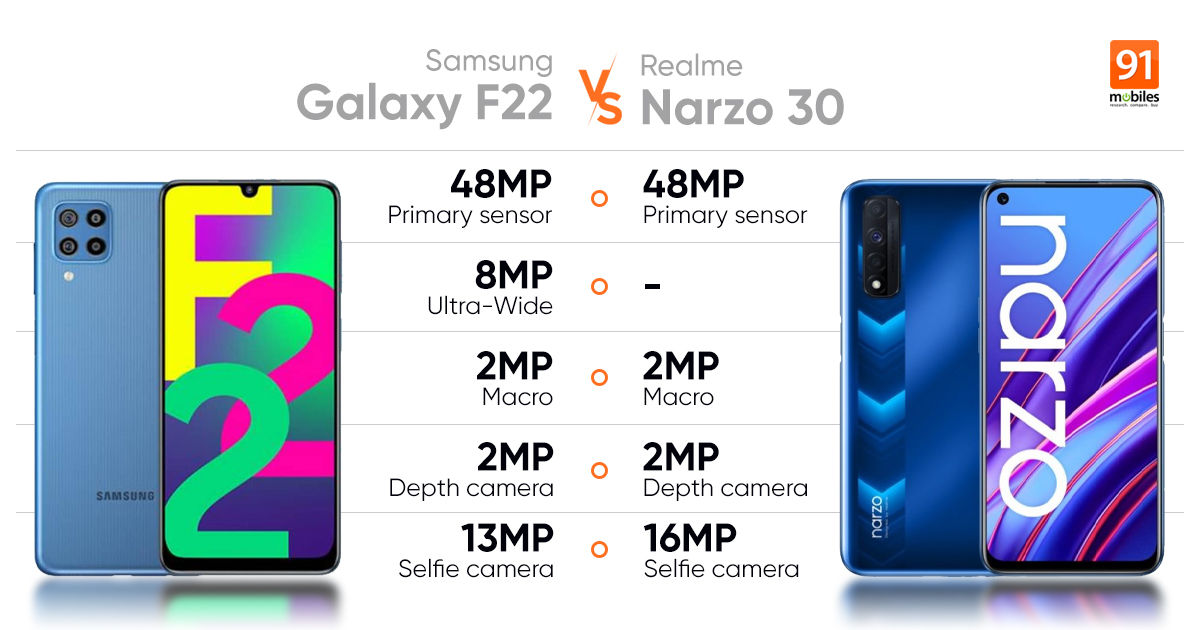 South Korean smartphone maker Samsung has recently announced a new entry into its F series that sells exclusively in India. The latest is the Galaxy F22 which is priced starting competitively at Rs 12,999 for the 4GB / 64GB variant. Packing some of the choicest features like a 6,000mAh battery, MediaTek G80 chipset, a Super AMOLED panel, and more, the F22 can take the competition to its rivals. However, this comparison concerns how good the F22’s camera performance is against competing devices, more specifically, the Realme Narzo 30. 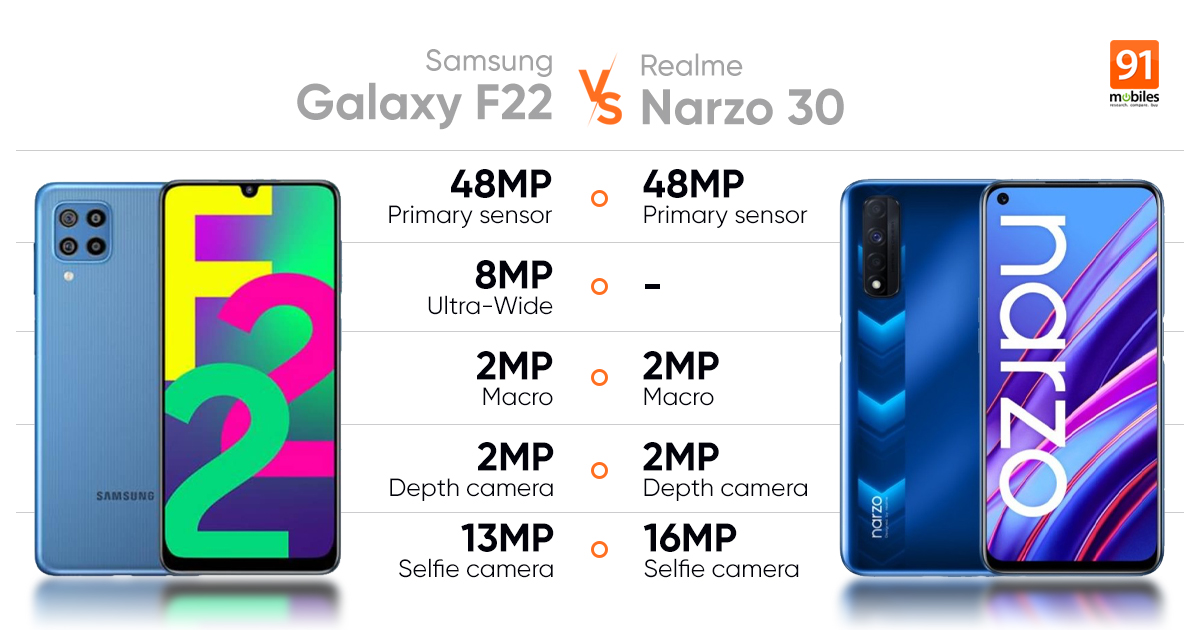 In terms of the optics, you get a quad-camera setup on the Galaxy F22 which consists of a 48MP primary shooter, 8MP ultra-wide, 2MP depth and 2MP macro shooters. The Narzo 30 on the other hand, has a triple-camera setup with the same 48MP primary shooter along with 2MP depth and macro cameras. Let’s take a look at various shooting scenarios to see which of the two devices comes out on top. 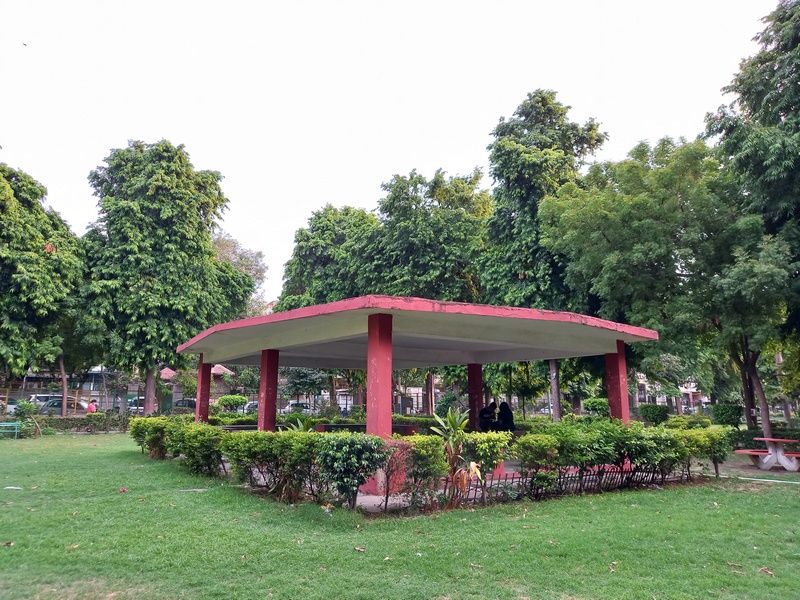 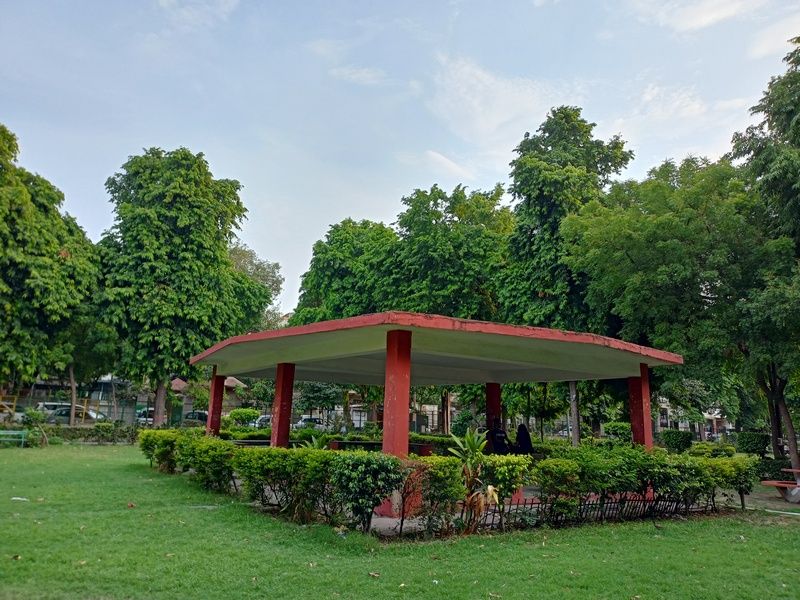 In the above shot, the Realme Narzo 30 executes the perfect dynamic range which is readily apparent from the deep bluish tinge in the morning sky. The colours are quite punchy and the focus is slightly soft away from the centre of the frame and the detailing is decent enough. In comparison, the shot captured by the Galaxy F22 does look slightly pale with poor dynamic range, along with muted but realistic colours. Detailing on the grass below is also better. However, as a whole, the Realme Narzo 30’s shot looks a lot pleasing visually and as such it wins this round. 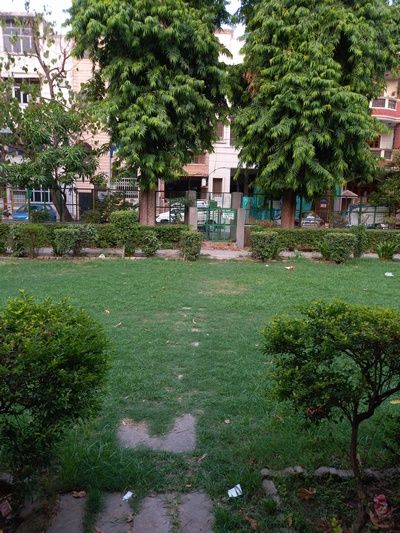 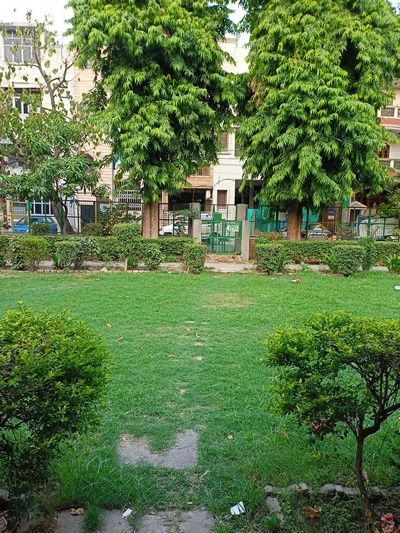 Both phones come with 48MP primary shooters that usually take pixel-binned 12MP shots but also have the ability to take full 48MP photos as well. The Narzo 30’s high-resolution shot is quite similar to its pixel binned shot in terms of the bright, punchy colours and the soft details on the grass. The dynamic range has been enhanced but exposure is not handled well at all. The F22 packs in a fair amount of detail, and that remains unchanged when you crop into the shot. Colours are less saturated and more natural-looking. The dynamic range is slightly better than the previous pixel-binned shot and the exposure is calibrated properly. This round is a tie. 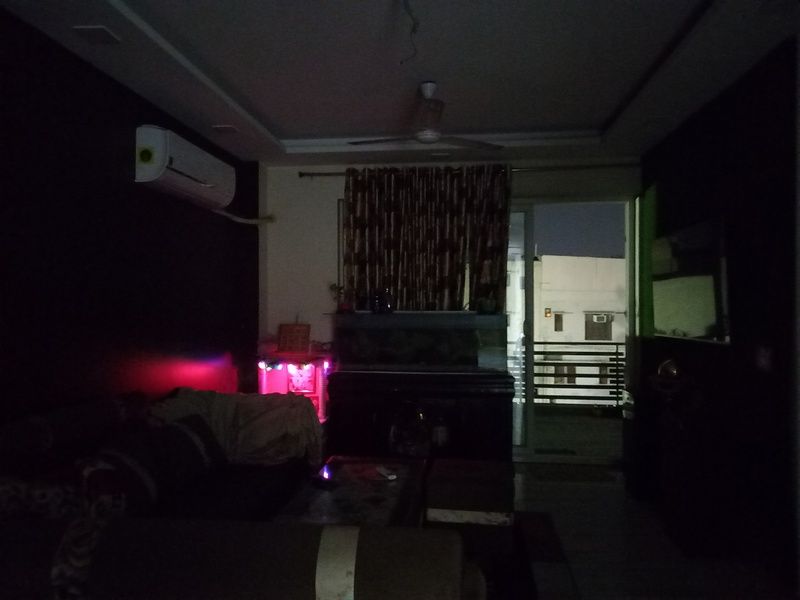 Neither phone is great at nighttime photography with shots usually turning out to be grainy and out of focus. The colours are not accurate, and there is a general blurriness across the frame. Exposure is slightly better on the Galaxy F22 but overall, the shadows and highlights brought out by either phone are not very impressive. I will give this round to the F22, but it wins only by a small margin. 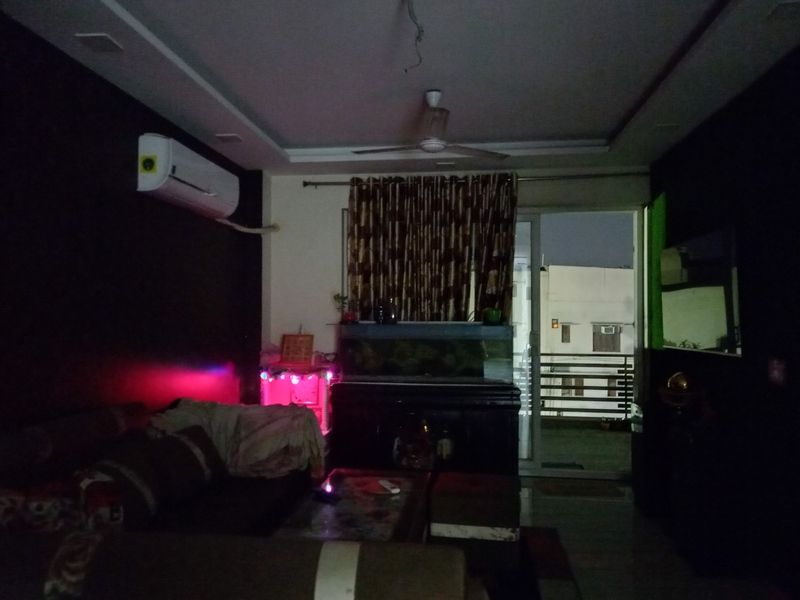 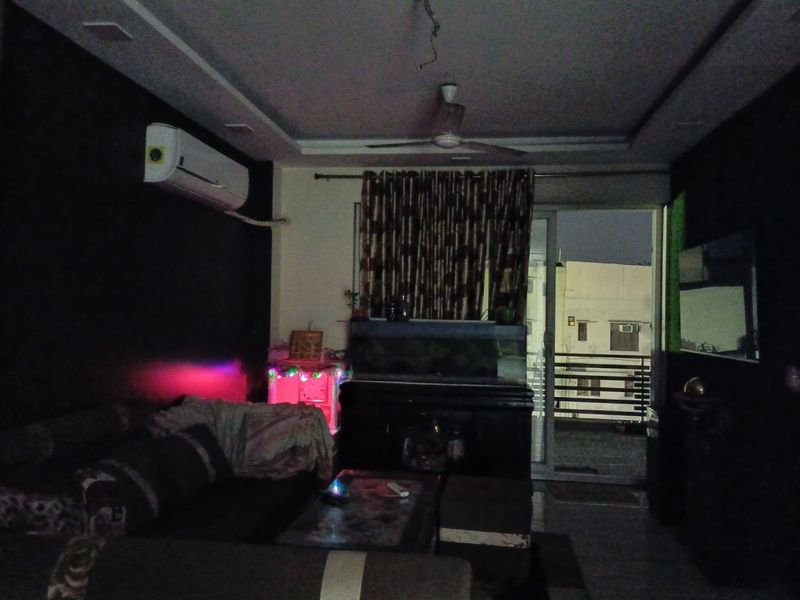 Using the night mode we see a ton of oversharpening in the F22’s shot which does reduce a lot of the noise but smoothes out a lot of the details as well. The photo is only marginally improved from the previous non-night mode shot. The shadows and highlights along with the colours are quite dull. The Narzo 30 has more detail but the shot has a lot of noise and badly composed exposure. This round will be a tie. 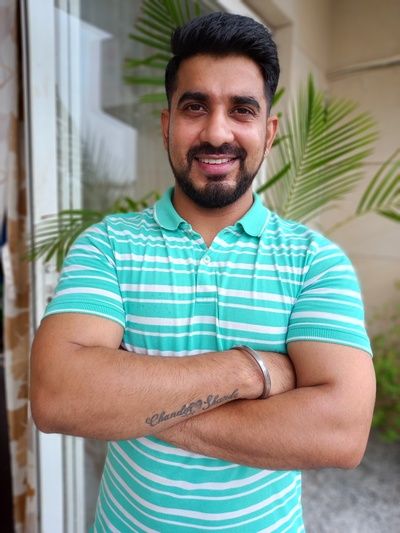 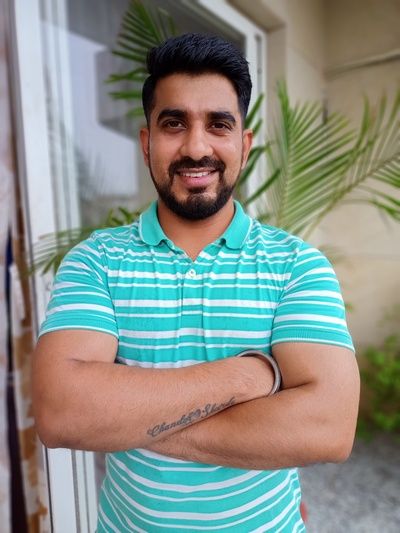 When in portrait mode the Galaxy F22 and Narzo 30 both nail their respective shots. Background separation along with the detailing in the subject’s hair and matching skin tones are all on point. I do think that the Narzo 30 slightly saturates the colour but in all honesty, it is hard to spot. This round seems to be a tie again. 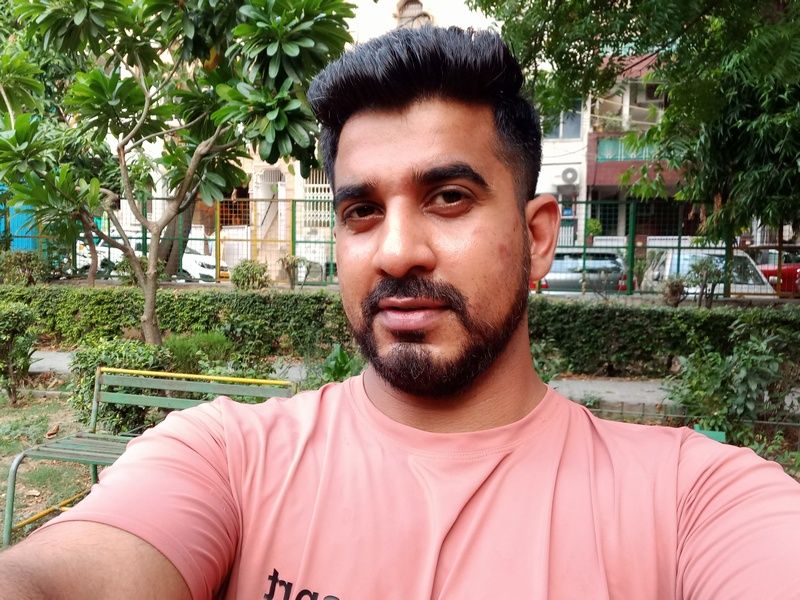 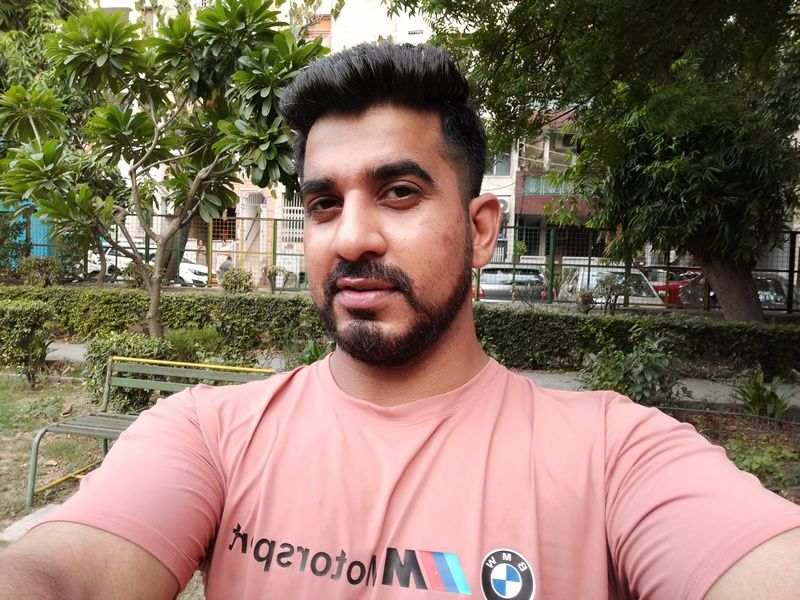 As far as selfies go, the Galaxy F22 happens to click a slightly more cropped in shot from its 13MP selfie shooter as compared to the Narzo 30’s 16MP shooter. Facial details are pretty much equal in both the shots although the F22 does give a slightly glossy look as is clear from the reflections on the nose and cheekbones. The Narzo 30 does preserve the skin tones better than the F22. This round goes to the Narzo 30. 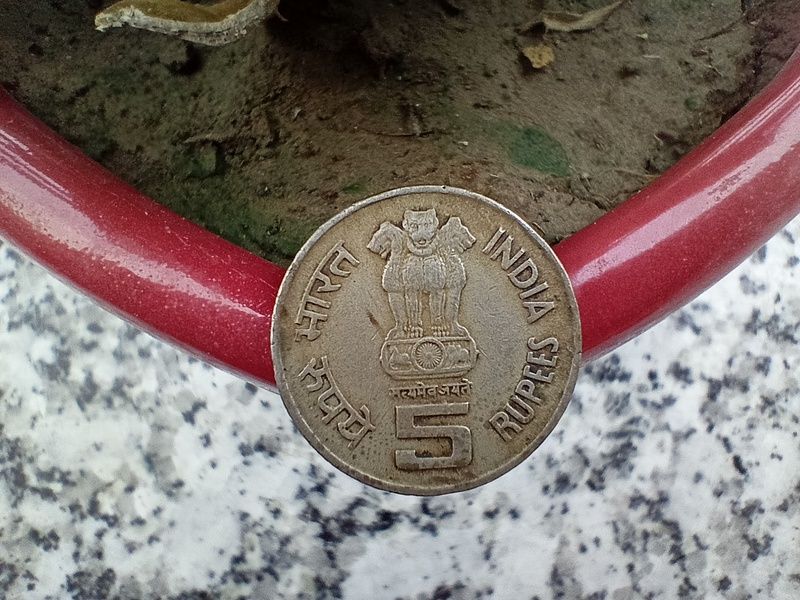 The macro shooter on both phones is a 2MP sensor which doesn’t leave much room for a high resolution picture. Even so, both phones do a decent job of getting up and close with the Rs 5 coin in the picture above. However, the F22 shot looks much more pleasing with better colours and details. This round is won by the Galaxy F22.

It is also prudent to point out that the Narzo 30 does not have an ultra-wide camera while the Galaxy F22 does have one.

While quite a few rounds did turn up to be ties, the Galaxy F22 and Narzo 30 both managed to win two rounds each. However, the lack of an ultra-wide shooter, which I believe to be far more useful than the depth sensor, has turned the tide of victory in favour of the Galaxy F22.