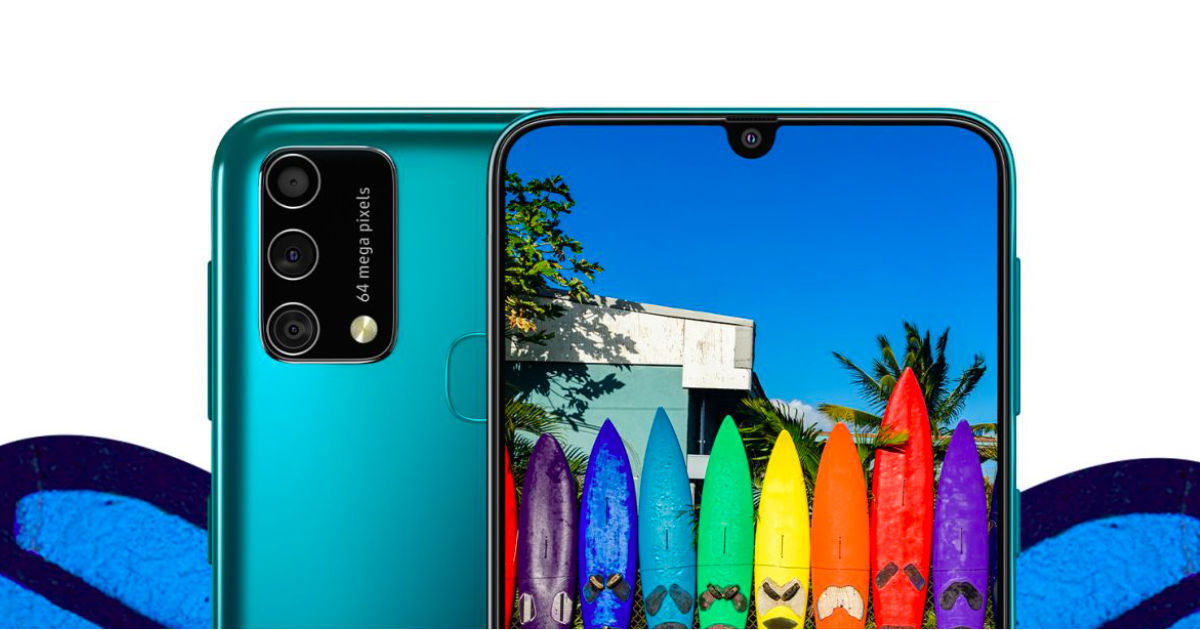 Samsung Galaxy F41 price in India, specifications, and Flipkart availability were announced earlier last month. The smartphone, which is a rebadged Galaxy M31, was exclusive to Flipkart much like the Galaxy M series is sold on Amazon. Samsung also mentioned that the phone would go on sale through offline stores. Now, 91mobiles has learned from retail sources that the Galaxy F41 is on sale through retail stores across the country. To recall, Samsung Galaxy F41 specs include a 6.4-inch Super AMOLED display, Exynos 9611 SoC, 64MP quad-cameras, and a massive 6,000mAh battery. The handset comes in Blue, and Green colour options.

Samsung Galaxy F41 flaunts a 6.4-inch FHD+ Super AMOLED Infinity-U display. It is powered by the Exynos 9611 SoC paired with 6GB RAM and either 64GB or 128GB built-in storage that is further expandable via a microSD card. The phone runs on Android 10 OS with OneUI 2.5 custom layer on top and packs a 6,000mAh battery with 15W charging support fuels the phone. As for the cameras, the Samsung Galaxy F41 has triple cameras at the back with a 64MP primary sensor, an 8MP ultra-wide lens, and a 5MP live-focus sensor. It has a 32MP snapper on the front for selfies and a rear-mounted fingerprint sensor for security. Connectivity features include 4G LTE, dual-band Wi-Fi, Bluetooth 5.0, GPS, and USB Type-C port for charging and data sync.