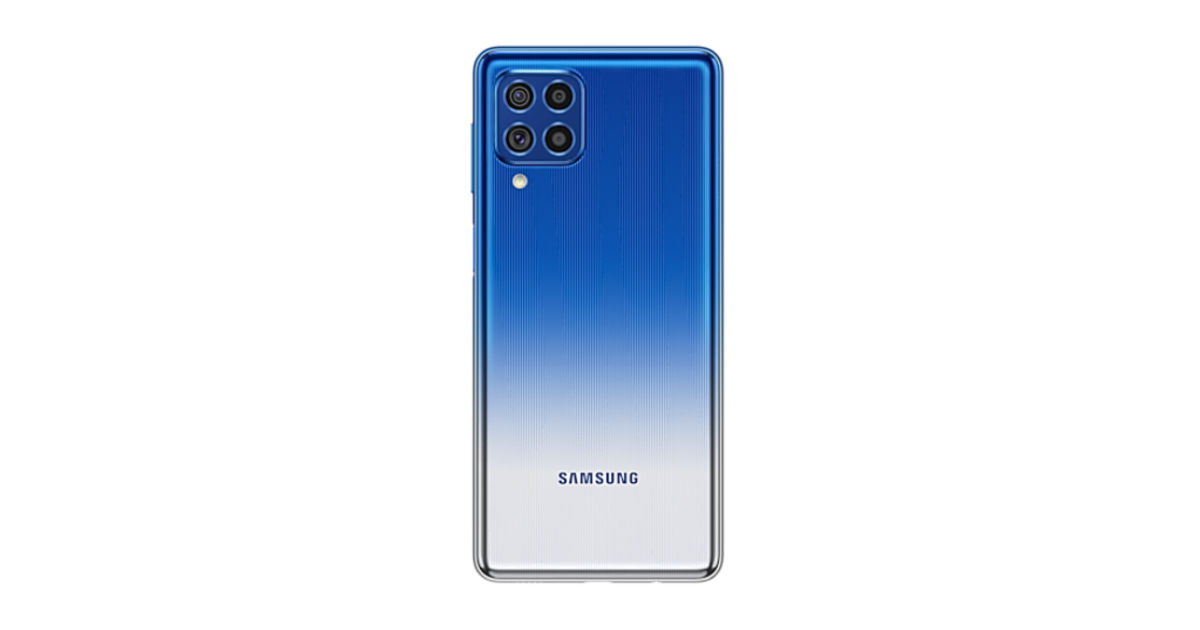 Samsung Galaxy F52 launch could be in the works as a premium mid-range offering with 5G connectivity. The phone had already bagged Bluetooth SIG and China’s 3C certifications, which revealed it will come with 25W fast-charging support. Now, the Samsung Galaxy F52 5G has received the Wi-Fi Alliance certification with the model number SM-E5260, 91mobiles has discovered. The supporting document shows the phone has dual-band Wi-Fi connectivity and Android 11 OS. Unfortunately, not much else is known about the Samsung Galaxy F62 at the moment but we can speculate the phone’s launch could be right around the corner and we may hear more soon. 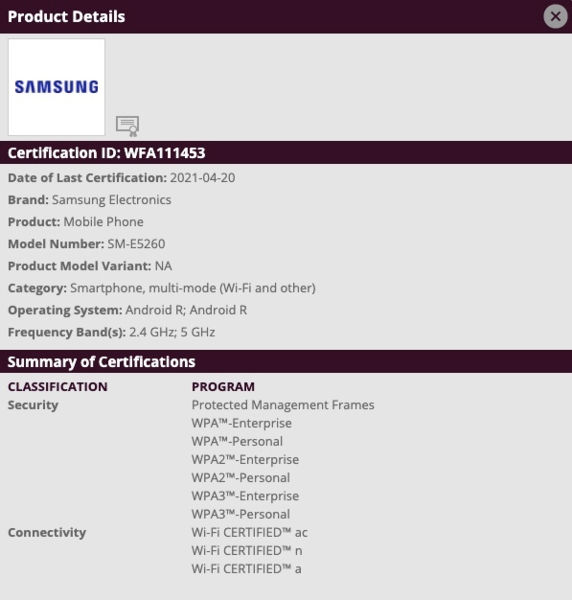 To recall the Samsung Galaxy F62 specifications, it sports a 6.7-inch FHD+ AMOLED Plus display with 2,400 x 1,080 pixels resolution, 420 nits brightness, 20:9 aspect ratio, and centre-positioned punch-hole for the selfie snapper. The phone ships with Exynos 9825 SoC coupled with Mali G76 MP12 GPU, up to 8GB RAM, and 128GB UFS 2.1 storage that is further expandable via a microSD card slot up to 512GB. It runs Android 11-based OneUI 3.1 custom skin out of the box and a side-mounted fingerprint sensor for security. The phone packs a 7,000mAh battery with support for 25W fast charging.

Moving to cameras, the Samsung Galaxy F62 has quad-cameras at the back with a 64MP Sony IMX682 sensor, a 12MP ultra-wide-angle lens with 123-degree FoV, a 5MP depth sensor, and a 5MP macro lens. There is a 32MP snapper on the front for selfies and video chats. Connectivity features include 4G LTE, dual-band Wi-Fi, Bluetooth, GPS, and USB Type-C port for charging and data sync. There is support for Dolby Atmos and Samsung Pay.