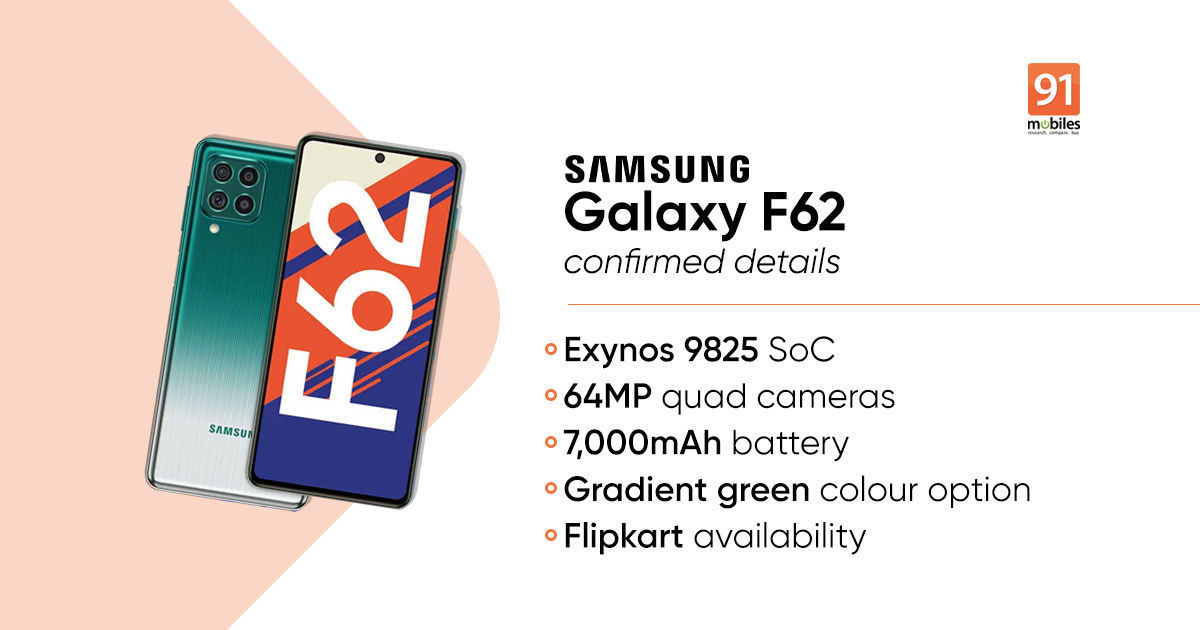 Samsung Galaxy F62 price in India has been leaked ahead of the launch event that is set to begin in just a few hours. To recall, the Samsung Galaxy F62 launch in India is set for today i.e Monday, February 15th and the event will be live-streamed through the official Samsung India YouTube channel starting at 12 noon. Key Galaxy F62 specifications have already been revealed through the Flipkart listing, so all we need to know now is the phone’s prices and sale date. The former has now been tipped ahead of the launch event, though it would be wise to take it with a pinch of salt until the official reveal.

The Samsung Galaxy F62 sports a 6.7-inch Super AMOLED display with a center-aligned hole-punch cutout for the selfie camera. The smartphone is powered by the Exynos 9825 chipset, which is a 4G-only processor. The handset comes in a gradient Green colour option and there will be a Blue colour variant as well. The Samsung Galaxy F62 packs a massive 7,000mAh battery and a quad-camera system that includes a 64MP primary camera. Other specifications of the smartphone will be revealed during the launch event later today.