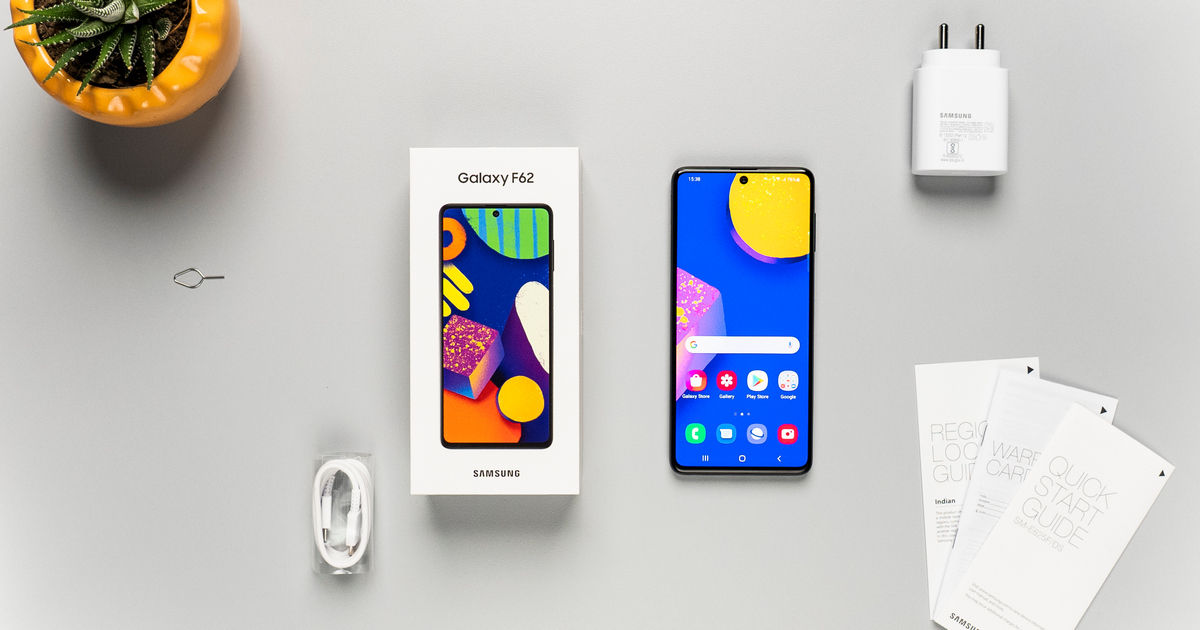 The very first smartphone in Samsung’s new Galaxy F series was launched last year in the form of the Galaxy F41 (review). Now, the Galaxy F62 has just been announced as a successor and is currently exclusive to the Indian market. While the naming of devices does not make a lot of sense, it does seem clear that Samsung is looking to target the mid-range segment with the F series. At a starting price of Rs 23,999, the Galaxy F62 goes up against the popular Realme X7 (review) and Xiaomi Mi 10i (review). A full comparison and review of the F62 are in the pipeline, but for now, here is an unboxing and our first impressions of the phone. 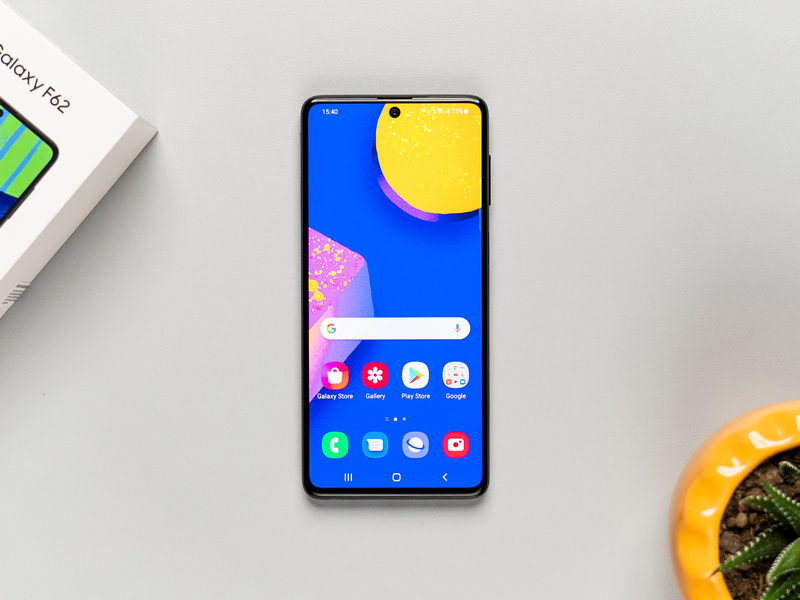 Inside the box, there isn’t much to see except for the usual charging brick and a USB C to C cable. There is no clear silicon case inside the top compartment and you just get the usual paperwork that comes along with the device. The phone itself sits on the top in all its glory. 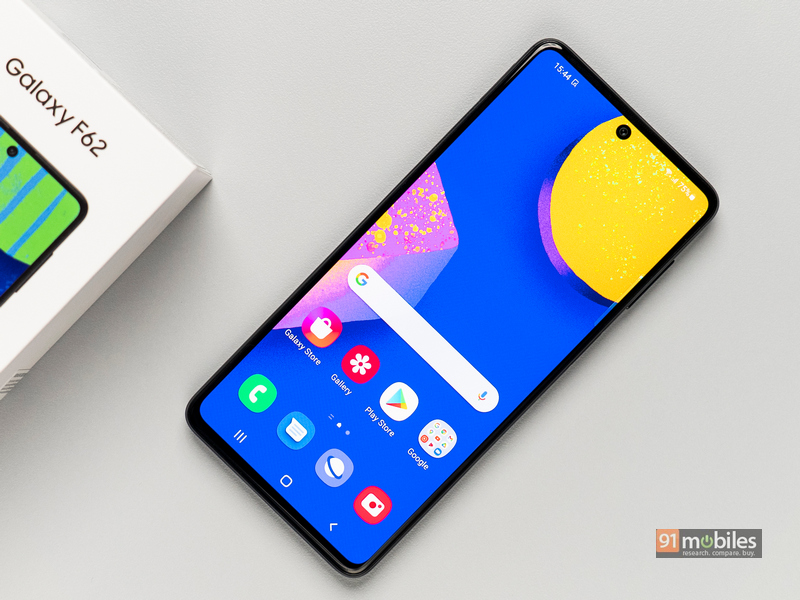 The Galaxy F62 has a nice in-hand feel to it and the colour choice has me quite impressed. In terms of build materials, the phone gets a polycarbonate construction which Samsung insists on calling ‘Glasstic’. It does have a glossy look but can also accumulate a ton of fingerprints. The phone is slightly on the thicker side and does have some weight to it, but this can be expected given the mammoth 7,000mAh battery housed inside. The frame of the device is polished and on the bottom edge, there is the usual regular USB-C, speaker grille, and 3.5mm headphone jack setup. Apart from that, the power button on the side doubles up as a fingerprint reader, something not usually seen on Samsung phones, and above that are the volume rocker button. You do get the signature Samsung Super AMOLED panel upfront which measures 6.7-inches diagonally. For the selfie shooter, there is a punch-hole on the top while the bezels surrounding the panel are quite slim. I have been a fan of Samsung displays for a long time, and my initial impressions of the F62’s panel are extremely positive too. 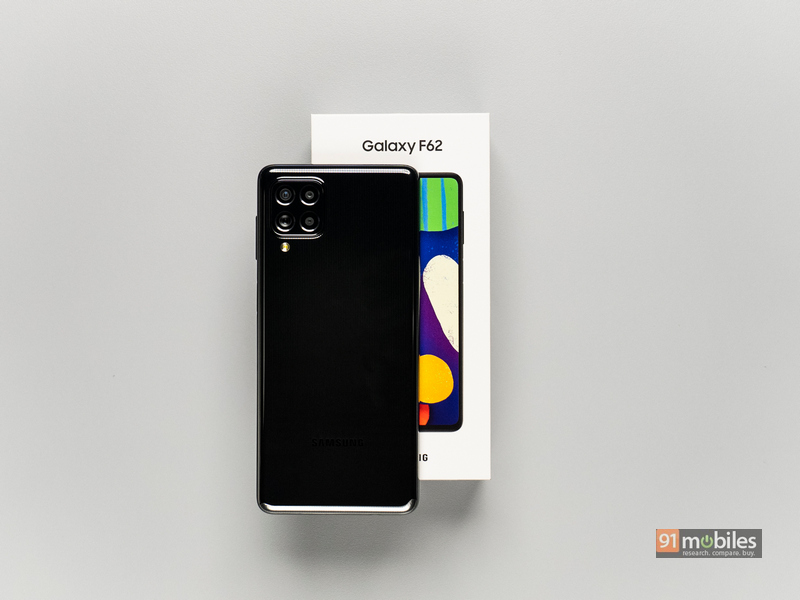 As for the cameras, Samsung has gone with a quad-lens setup that is headlined by a 64MP Sony IMX682 primary sensor. There is also a 12MP ultra-wide camera alongside the 5MP macro and depth sensors. The front of the phone has a 32MP selfie shooter which has the capability to shoot in 4K @ 30fps. I will be dissecting the optical capabilities of the device in greater detail during the full review. For now, I am pretty satisfied with the phone’s photo-taking capabilities in the daylight.

On the performance side of things, you have the new Exynos 9825 chipset which is made using a 7nm manufacturing process. It is evident from the benchmarking scores shown by Samsung, that the device is aimed at the new Dimensity 1000+ and the Snapdragon 765G chipsets. I have not had a ton of time with the device, but during my limited interaction the phone did feel extremely smooth and operated without any noticeable lag. Of course, I haven’t put the device through my rigorous testing routine, but I do feel that the phone will come through. Stay tuned for the full review to know more. Oh, and the phone I’m reviewing comes with 6GB RAM and 128GB storage with the option to expand the latter to 512GB. You can get the 8GB RAM variant for Rs 25,999. As for software, the phone comes with Samsung’s proprietary OneUI 3.1 skin which is based on Android 11. 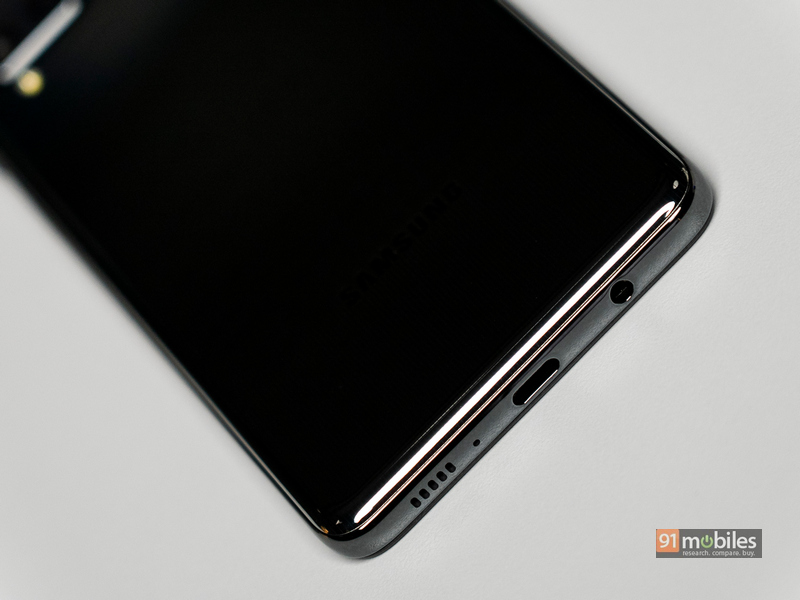 The Galaxy F62 packs in an industry-leading 7,000mAh battery that has only been seen on one other phone and that is Samsung’s Galaxy M51 (review). In fact, the phone can act as a power bank for reverse wired charging. You also get 25W charging capabilities on the phone. I will be checking out how good the power backup is on the F62, but the initial numbers are looking quite promising for the device. 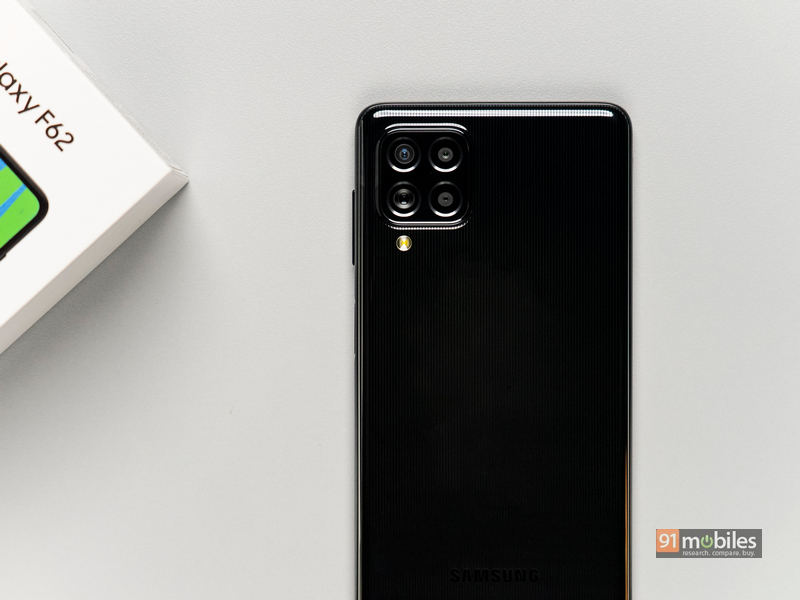 Samsung’s attempt at offering a competitive phone in the popular mid-range category is quite encouraging. The Galaxy F62 looks quite compelling, and I’ll be putting it through its paces and posting a full review very soon.