91mobiles.com
Home Feature All you need to know about the next Galaxy Flagship launching on... 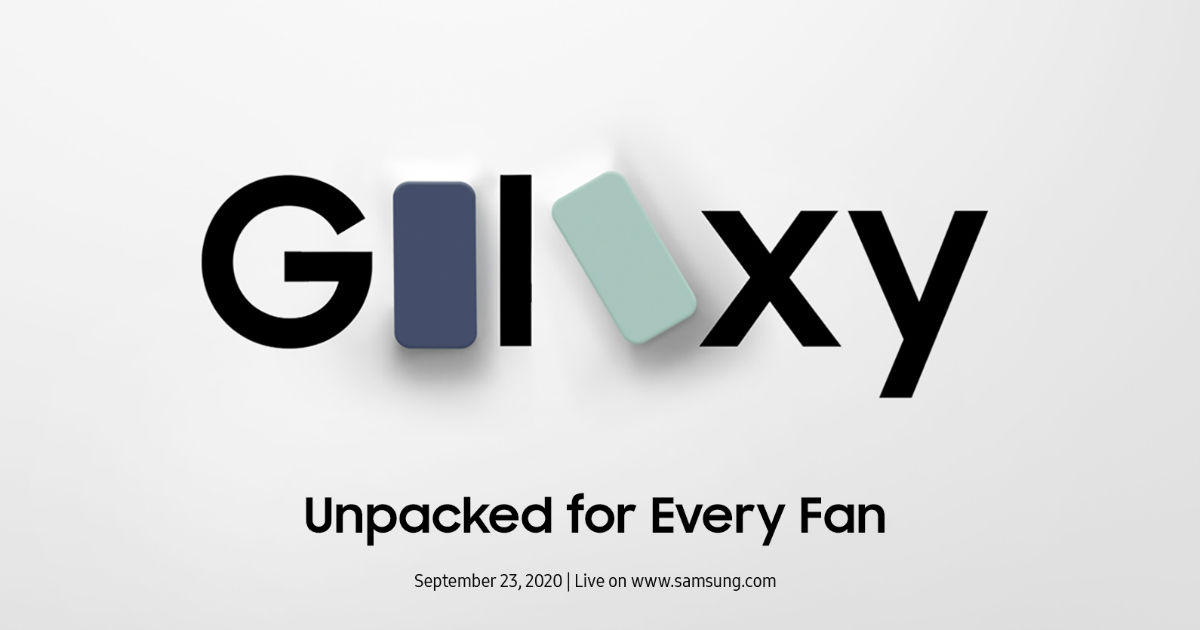 At the upcoming Galaxy Unpacked for Every Fan event, scheduled for September 23rd, Samsung seems set to add a new smartphone. The new model is reportedly named Galaxy S20 FE, where the FE refers to Fan Edition. The event invite says this Unpacked event is “for every fan”, making everyone curious about what the company has in store for its fans. And as is usually the case with Samsung smartphones, there is a considerable interest around the upcoming premium phone from the brand. That’s why we felt the need for a brief roundup of everything that we know about this much-awaited smartphone. So, let us take a look at all the details and leaked info surrounding the Samsung Galaxy S20 FE so far.

While the specifications of the latest addition to the Samsung Galaxy S series have regularly surfaced online since June, the design and colour options were a mystery until recently. Popular leaker Evan Blass posted high-resolution renders of the phone that we found out about the sheer number of colour options that the Galaxy S20 FE will be offered in. The phone will come in as many as six vibrant colour options, namely Cloud Navy, Cloud White, Cloud Pink, Cloud Red, Cloud Blue, and Cloud Gold. These colours certainly add a dash of style to the handset and the overall look goes well with the ‘Fan Edition’ moniker, offering consumers a wide array of options to personalise their smartphones.

As for the design, it was in mid-August that high quality renders of the phone were posted online, along with a 360-degree video. From these images, it became evident that the Galaxy S20 FE bears a strong family resemblance to the existing Galaxy S20 series and maintains the premium design that the flagship line-up is known for.

The Samsung Galaxy S20 FE features a vertically stacked camera setup on the back and an Infinity-O punch-hole display at the front. The phone also had extremely thin bezels around the display, adding an overall premium touch. Leaks also suggested that the phone will be IP68-rated for water and dust ingress protection.

From the leaked images, we already know that the upcoming phone gets a triple camera setup at the rear. What we did not know initially, however, were details about the sensors that will be used on this device. Tipster IceUniverse in a tweet suggested that the Galaxy S20 FE will feature a 12MP triple camera setup. Later leaks showed the 12MP primary camera will be backed by an 12MP ultra-wide-angle camera and an 8MP telephoto camera. The telephoto camera also reportedly supports 30X Space Zoom, while the ultra-wide-angle lens is rumoured to offer a 123-degree field of view, making it the widest in the industry.

The front-facing camera – housed within the small Infinity-O punch-hole – is rumoured to use a 32MP sensor. The leaked images also indicate the presence of a single LED flash accompanying the triple cameras. As we all know, Samsung Galaxy S20 delivers a premium camera performance, so we can expect the Fan Edition to deliver world-class images too!

The one thing that we were sure of even before we had a look at the design of the Samsung Galaxy S20 FE was the likelihood a Super AMOLED panel. As Samsung is the world’s largest maker of Super AMOLED displays, it was only natural that the company uses its most premium display on the forthcoming device.

Rumour mills point towards the possibility of this smartphone featuring a 6.5-inch Super AMOLED display with a resolution of 1,080 x 2,400 pixels. Reports also add that the display supports 120Hz refresh rate and Gorilla Glass 3 protection. Needless to say, we expect the Galaxy S20 FE to feature the best display on any smartphone in its class. At 407ppi, this display is also quite sharp. We also expect the handset to feature an in-display fingerprint scanner for a convenient, quick unlocking experience.

The battery capacity of the Samsung Galaxy S20 FE was among the first things to be revealed about the phone. It was reported that the upcoming smartphone will have the same battery capacity as the Galaxy S20. This means we are looking a 4,500mAh battery. Recent leaks have confirmed this figure. While Super Fast Charging was mentioned in a leak, we do not know the charging speeds it will support at the moment.

Current rumours indicate that the Samsung Galaxy S20 FE will pack the same powerful punch as the flagship Galaxy S20 series. According to a Geekbench listing, the upcoming smartphone will be powered by the top-of-the-line Exynos 990 chipset. This means the device will be perfect for gaming, work, and multitasking. The octa-core processor powering the smartphone will be backed by 8GB of RAM, the listing shows. There have been other reports that indicate the forthcoming phone could also be offered in a 6GB RAM option.

There is no word yet on the India pricing of the Galaxy S20 FE. But going by the fact that this is positioned as an affordable phone with flagship features, we expect Samsung to price it competitively. There were a few reports that talked about the handset getting a starting price of KRW 900,000, which translates to around $760 (Rs 56,000). This price, however, was for the 4G variant. The 5G variant could reportedly be priced around the $878-mark (Rs 64,000).

Samsung has sent out invites for ‘Galaxy Unpacked for Every Fan’ event, with the official website revealing it will take place on September 23rd, starting 7:30 PM IST. It will be live-streamed on the official site as well as YouTube channel for fans worldwide to see. If the Samsung Galaxy S20 FE has piqued your curiosity too, then sign up on the official registration page to learn more about it!