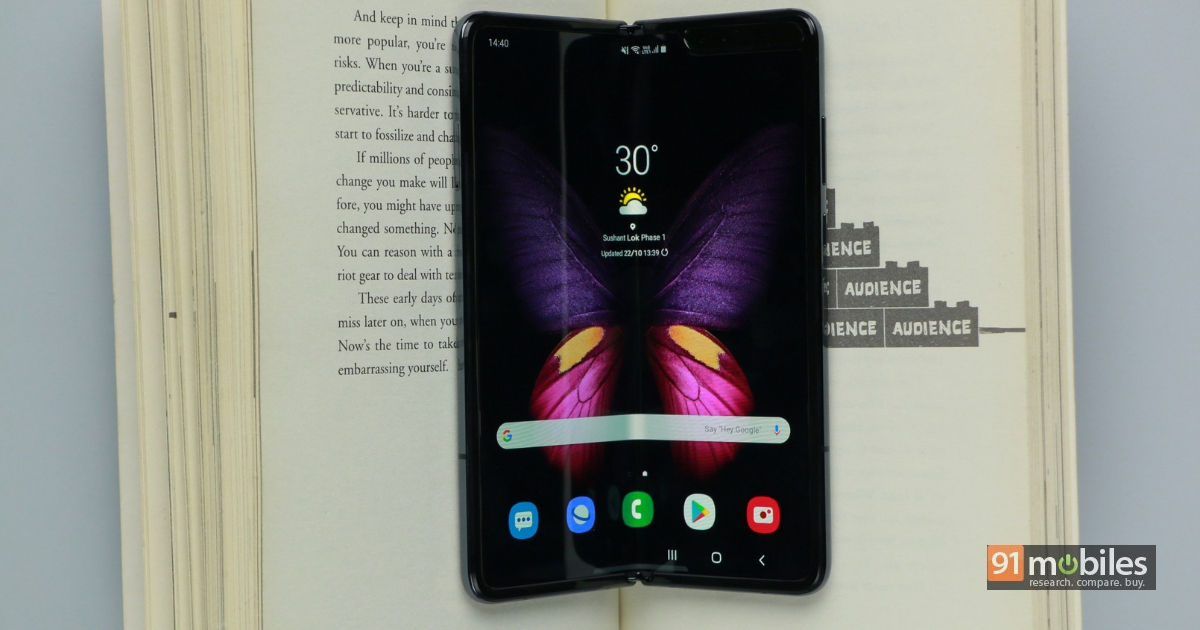 “Samsung aims to sell six million foldable phones in 2020, where it is expected to launch the Galaxy Fold successor in February”

Samsung Galaxy Fold is the company’s first foldable smartphone in the market, and unexpectedly, the launch was delayed by around five months owing to design changes. However, that didn’t stop the potential buyers to which it is targeted. Samsung Electronic’s President Young Sohn at the TechCrunch Disrupt has revealed that 1 million Galaxy Fold units have been sold so far. Considering the premium $1980 price tag (Rs 1.65 lakhs in India) and initial issues with the design, this is quite a feat from Samsung. The executive in a statement said, I think that the point is, we’re selling a million of these products. There are a million people that want to use this product at $2,000.” As reported recently, the South Korean giant aims to sell six million foldable phones in 2020, where it is expected to launch the Galaxy Fold successor with a clamshell design on February 18th.

Update: As it turns out, Samsung has not sold 1 million units of the Fold just yet. In a followup store, SamMobile said that Young Sohn “may have erroneously made this claim as he may have confused Samsung’s much earlier target to sell 1 million Galaxy Fold units by the end of the year with the actual sales numbers.”

Samsung Galaxy Fold flaunts a 7.3-inch dynamic AMOLED foldable display, and a secondary 4.6-inch Super AMOLED cover display. It is powered by a Snapdragon 855 SoC coupled with Adreno 640 GPU for graphics, 12GB RAM, and 512GB storage. The handset runs on Android 9.0 Pie with custom One UI skin out of the box. In terms of optics, the Samsung Galaxy Fold features a 12MP dual-pixel primary rear camera with LED flash, a 12MP telephoto lens, a 16MP ultra-wide-angle sensor. On the front, there is a 10MP primary snapper and an 8MP secondary shooter for selfies and video chats. Additionally, the handset also packs a 10MP cover camera.

Samsung Galaxy Fold features a side-mounted fingerprint sensor for security and Dolby Atmos for an immersive experience. Connectivity options include 5G (obviously not for India), 4G VoLTE, Wi-Fi 802.11ax, VHT80 4×4 MIMO, Bluetooth 5, GPS with GLONASS, NFC, and MST. A 4,380mAh battery with fast charging support, both on wired and wireless charging, fuels the phone. We should know the exact pricing and availability information next week.