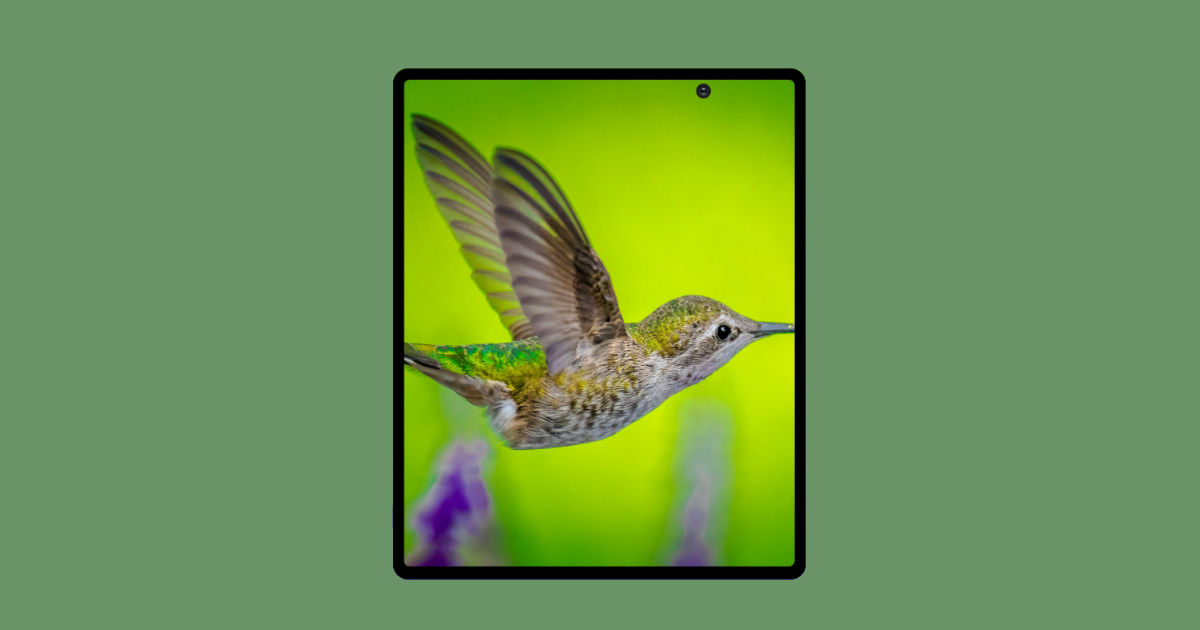 Samsung Galaxy Fold 2 is the upcoming (and rumoured) successor to the original Galaxy Fold, which was the company’s first foldable phone. It was initially expected to debut in August, but fresh reports from South Korea claim it will be unveiled in September. A Galaxy Fold 2 render from April revealed a punch-hole cutout at the extreme right and S Pen support. Now, noted tipster Ice Universe has shared yet another render of the smartphone with slight design changes. The punch-hole cutout on the main display is now slightly pushed to the left, instead of being to the extreme right. It has also has narrower bezels on all sides. 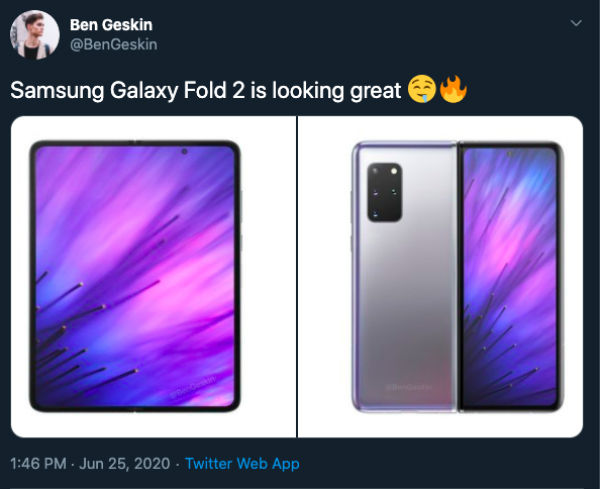 While the leaker hasn’t revealed the Cover Display, another tipster Ben Geskin has shared another set of Galaxy Fold 2 renders. This shows the cover display with a centre-positioned punch-hole cutout and main cameras with LED flash in a rectangular module on the back. Ice Universe replied has to Geskin’s tweet claiming the edges will be sharper but not rounded. Furthermore, Geskin says the outer display will be slightly wider this time around compared to the original Fold.

According to earlier reports, the Samsung Galaxy Fold 2 will have a 64MP primary sensor, paired with a 16MP secondary sensor and a 12MP lens with dual-optical image stabilisation. It is said to be powered by the Snapdragon 865 SoC with Adreno 650 GPU. Galaxy Fold 2 is tipped to sport a 7.59-inch internal display with 1,689 x 2,213-pixel resolution and 120Hz refresh rate. The Cover Display is a 6.23-inch size with 819 x 2,267 pixels resolution. The foldable will have a 2,275mAh main battery and a 2,090mAh secondary unit, for a combined capacity of 4,365mAh. It is said to come with an improved design and cost $1,800 (approx Rs 136,450), which is cheaper than the predecessor that costs $1,980. It will be available in at least Black and Brown colours. We should know more details going forward.